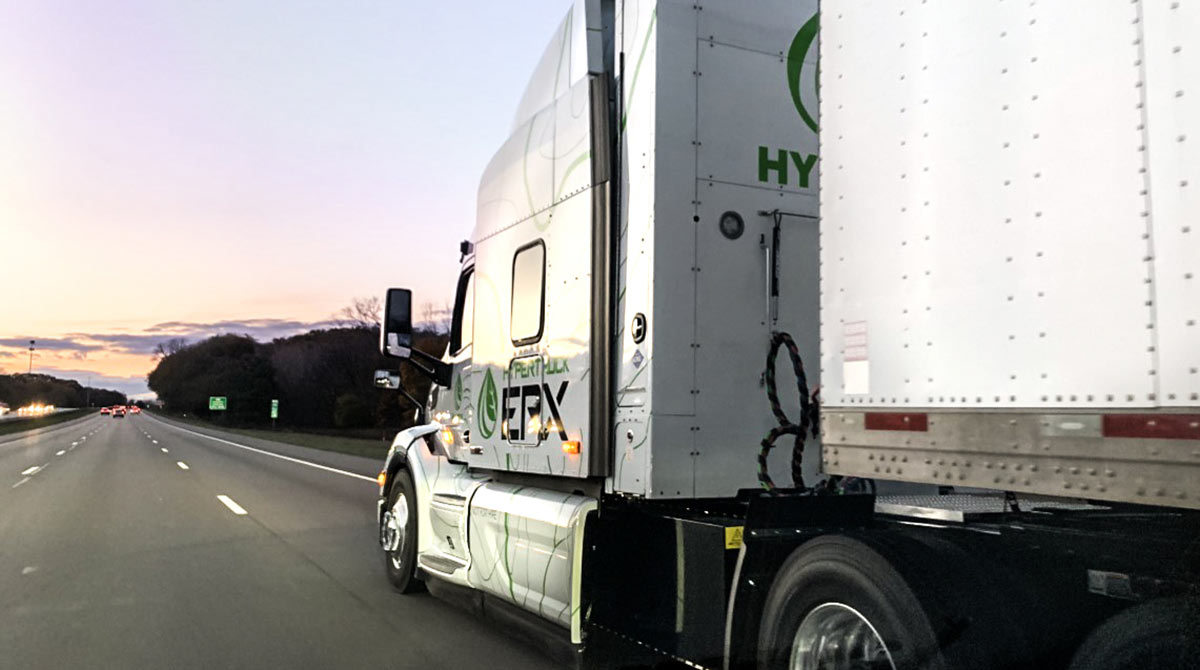 Hyliion Holdings Corp. reported a wider third-quarter net loss and no revenue as it worked to bring its two electrified powertrain solutions for Class 8 trucks to market.

But it also found a new potential competitive challenge to one of those and a supply chain full of constraints.

“We delivered our first Hybrid eX unit [electric axle, proprietary battery pack, controller, auxiliary power unit and in-cab display with optional aerodynamic devices] in October, which we expect will start our recognition of revenue before the end of the year,” Thomas Healy, founder and CEO of Hyliion Holdings Inc., said during the earnings call.

Healy noted Cummins Inc.’s October announcement of its plans for a 15-liter natural gas engine with ratings up to 500 horsepower and 1,850 pound-feet of torque, is a new development that could affect the market for its Hybrid eX product.

Cummins plans to bring the engine to market in the U.S. in 2024, calling it an important part of the company’s strategy for its path to zero emissions.

Healy said that announcement “changed the landscape” because the upcoming Cummins engine is expected to overcome some of the power deficit fleets typically experience with natural gas. “We are going to step back and look at how might that impact our volume ramp-up of the Hybrid product.”

The Hybrid eX was intended to go on a conventional natural gas truck to add extra horsepower to the vehicle to make it perform more like a diesel truck, he said, with the addition of an electric axle and related battery technology.

In September, Hyliion reported the latest Hybrid eX, designed for Class 8 diesel and CNG commercial trucks, features a number of improvements over the earlier hybrid configuration, including:

Hyliion’s Hypertruck ERX (extended range) technology is intended to use a generator fueled by natural gas, or eventually hydrogen, to charge batteries, allowing for an extended range of 1,000 miles, Hyliion has said.

The day the earnings were released also marked Hyliion initiating a roadshow of the Hypertruck ERX to allow fleets to experience the flagship product firsthand, beginning at the grocery chain Wegmans’ headquarters in Rochester, N.Y.

The company earlier this year announced an enhanced configuration of its Hypertruck ERX that can travel over 75 miles on battery-power only — before the range extender kicks in — and has plug-in and fast-charge capabilities.

Healy said Hyliion faces challenges within its supply chain “that are impacting our development, testing and validation plans. Similar to others in the automotive industry, shortages of semiconductors as well as several other key components are extending our timelines longer than we expected.”

Hyliion had planned on beginning winter testing in the first quarter of 2022 of the ERX model intended for production. Delayed delivery of components knocked that back until the following winter, he said.

Ultimately, Hyliion intends to bring the ERX to market after 1 million miles of testing. In a slide presentation, Hyliion reported it has already placed orders for all 2022 development trucks and is working to secure 2023 build slots.

“Hyliion is particularly proud to play an important role in supporting Wegmans’ long-term commitment to sustainability and decarbonization. We aim to be the partner of choice for fleets on their journey to net-negative carbon emissions,” Healy added.

In the quarter, research and development costs rose to $18.1 million compared with $2.9 million in the 2020 period.

Selling, general and administrative expenses rose to $8.6 million compared with $2.1 million a year earlier. The Austin, Texas-based company hired 49 employees in the quarter to bring it to 150 employees. It also continued to build out infrastructure and operational capabilities.