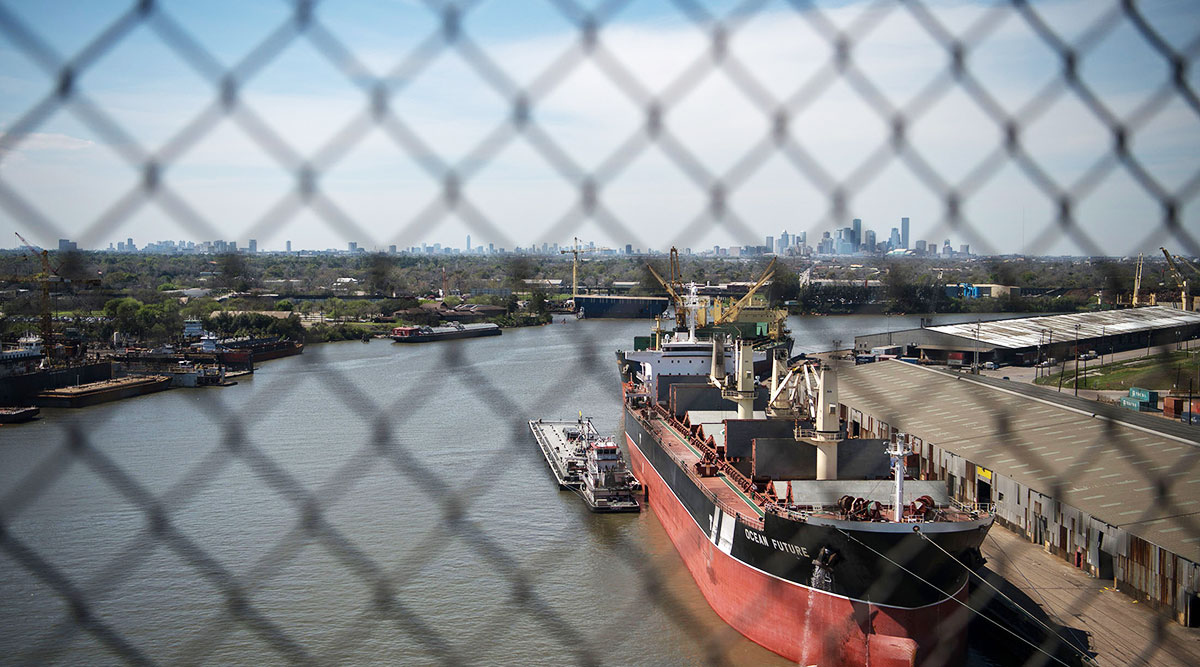 A ship is docked on the Houston Ship Channel, part of the Port of Houston. (Loren Elliott/AFP)

The Houston Ship Channel was shut April 7 as violent storms wracked the site of one of the worst Gulf Coast industrial disasters in 14 years.

All outbound vessels emerging from the northwest end of the waterway were halted, and inbound traffic was limited to ships and barges already en route to final destinations, Intercontinental Terminals Co. said in a statement.

Decontamination stations used by the U.S. Coast Guard to make sure ships don’t drag toxic residue into Galveston Bay or the Gulf of Mexico also were closed, according to the statement.

The channel, Houston’s lifeline to the Gulf and to foreign markets, has been shut or under strict limitations since ITC’s complex erupted into flames three weeks ago and spewed dangerous oil byproducts into the air and water.

ITC crews were in the process of draining tanks holding xylene and naphtha — highly volatile gasoline ingredients — when severe thunderstorms rolled through Houston’s eastern suburbs April 7, spawning a tornado warning. A company spokesman said he didn’t know if the layers of foam used to secure the chemicals in damaged tanks had been disrupted.

The disaster site will be inspected April 8, according to the statement. As of early April 6, there had been 39 cases of wildlife deaths attributed to the incident, including red-eared slider turtles, opossums and various types of birds and fish, ITC said.