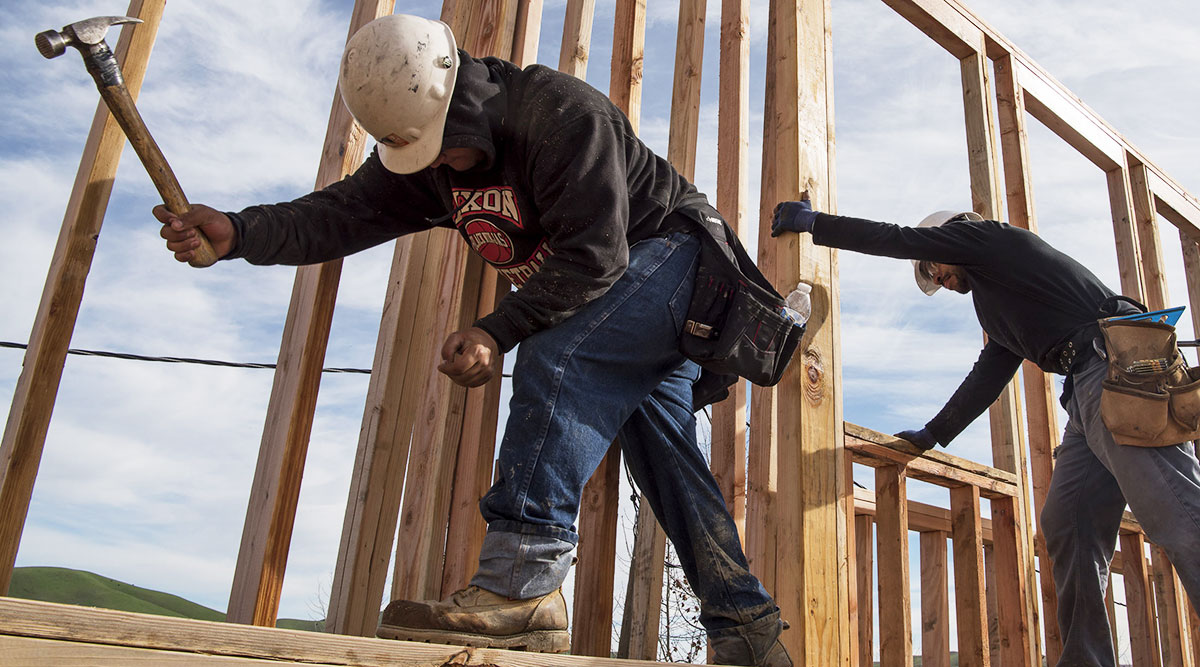 U.S. new-home construction rebounded in November to the best pace since August while permits rose to a seven-month high, a sign homebuilding is potentially stabilizing even as higher prices and borrowing costs pose headwinds.

Residential starts rose 3.2% to a 1.26 million annualized rate, exceeding forecasts, after a 1.22 million pace in the prior month that was revised down slightly, government figures showed Dec. 18. Single-family starts, a key segment, fell to the lowest since May 2017 and dropped for a third straight month. Permits, a proxy for future construction, rose.

The results provide some relief after several months of mixed data raised questions about whether residential construction was heading into a deeper slowdown. While housing starts have bounced around this year instead of accelerating, economists don’t expect the industry to collapse like it did in the mid-2000s. One weak spot was single-family starts, which fell 4.6% to an 824,000 pace. 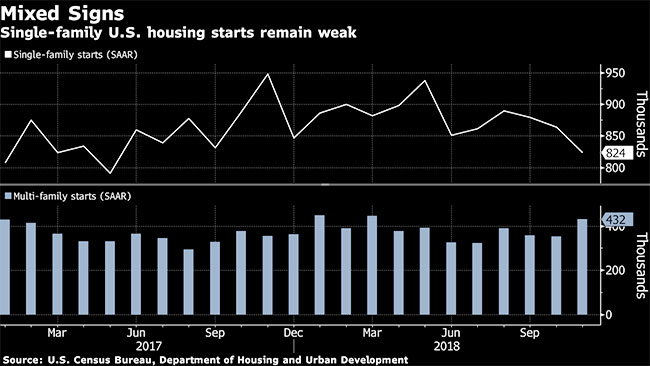 Starts for multifamily homes, a category that tends to be volatile and includes apartment buildings and condominiums, jumped 22.4% to a 432,000 rate. In an encouraging sign, permits rose 5% to a 1.33 million rate, topping estimates for 1.26 million and helped by gains for both single- and multifamily dwellings.

The job market remains solid and mortgage rates are stabilizing after recently hitting a seven-year high. At the same time, builders face higher costs for labor and imported materials such as steel, reflecting the trade war, and demand also has cooled amid rising borrowing costs and elevated home prices. The report follows figures on Dec. 17 showing a gauge of homebuilder sentiment tumbled in December to the lowest level in three years, with declines across measures of current sales, the outlook and prospective buyer traffic.