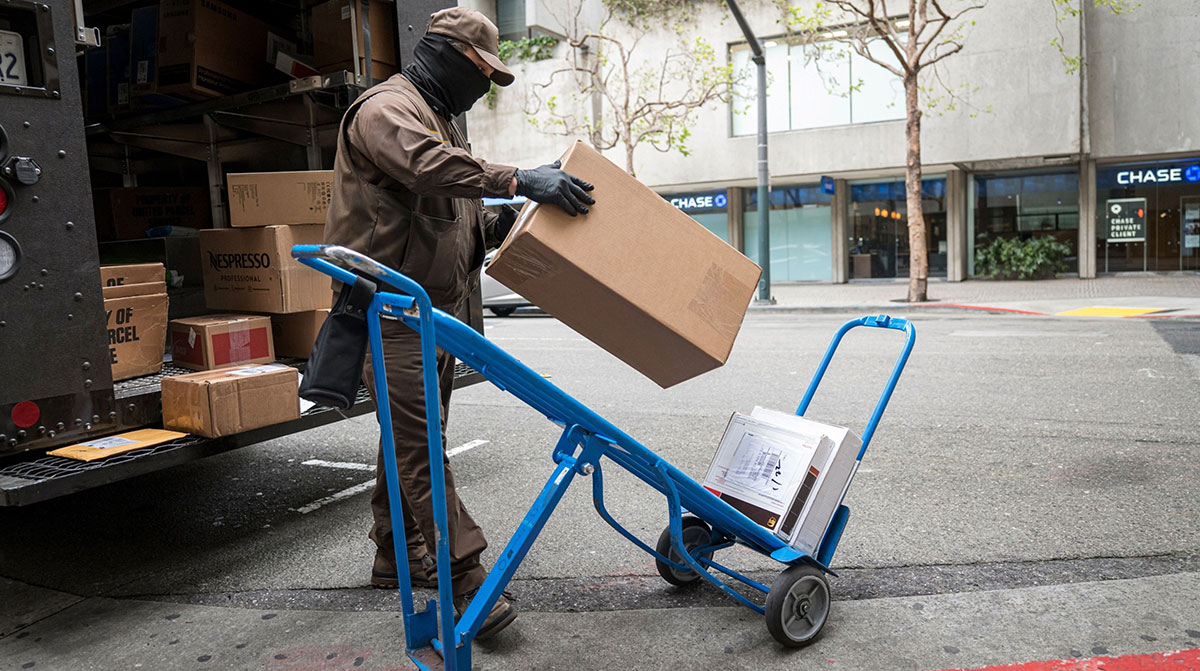 A UPS driver makes a delivery during the onset of the COVID-19 pandemic. (David Paul Morris/Bloomberg News)

The trucking workforce’s contributions during the pandemic were again recognized by the chairman of the transportation panel in the U.S. House of Representatives.

At a Transportation and Infrastructure Committee hearing Sept. 29 that focused on the freight industry, Chairman Peter DeFazio (D-Ore.) pointed to the women and men who toiled to ensure supplies and services were provided during the height of COVID-19. At that time, public officials and industry stakeholders largely credited truckers with keeping critical economic engines viable.

“This nation’s transportation workers quickly became the heroes of the pandemic,” DeFazio said. “Freight workers and truck drivers delivered food and other essentials to communities at a time of great turmoil. These essential workers delivered for our nation. We appreciate and thank them.”

This nation’s transportation workers quickly became the heroes of the pandemic.

His sentiment was echoed by colleagues on the committee. DeFazio also insisted the enactment of the $1 trillion Infrastructure Investment and Jobs Act (IIJA) succeeded in improving conditions along corridors for the freight workforce.

“The long-overdue investments included in this legislation will grow the economy, strengthen our global competitiveness, create good-paying union jobs that can’t be sent overseas and make our communities more resilient, livable and equitable.”

He added, “In particular, this bipartisan infrastructure law makes badly needed improvements to our rail systems, bridges and highways, transit, water, and broadband infrastructure, as well as our ports and airports — investments I have championed for years, both in the minority and majority, and under Republican and Democratic administrations.”

To that point, Greg Regan, president of the Transportation Trades Department of the AFL-CIO, appearing before the committee, expanded on the law’s provisions. The IIJA is often called the bipartisan infrastructure law.

“The [bipartisan infrastructure law] also improves good jobs in trucking by including provisions that will bring together stakeholders to develop pathways to recruit, retain, or advance women into the trucking industry,” Regan shared with lawmakers. 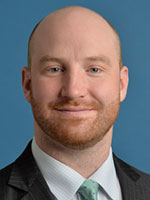 “The BIL’s investments,” Regan continued, “are significant accomplishments for the working people of this country.”

Specific to trucking affairs, tucked into the infrastructure law is an apprenticeship program to allow truckers under 21 to operate commercial vehicles interstate. The law also launched recruitment and retention programs designed to create pathways into the trucking profession for underrepresented groups. American Trucking Associations, which examines workforce data, determined the industry faces a shortage of 80,000 commercial drivers. Industry observers say that with additional drivers, supply chain bottlenecks would begin to alleviate.

David Ditch, an analyst with the Washington-based Heritage Foundation think tank, raised concerns about the infrastructure law’s overall aim. He specifically questioned proponents’ views of the law: “The IIJA was promoted as a generational investment that would bolster economic growth.” 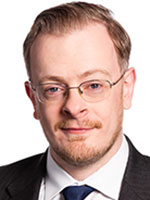 Ditch continued, “However, the package heavily increased subsidies for low-demand transportation modes, such as transit and Amtrak, and other provisions involve the federal government funding infrastructure that is primarily the domain of local governments and the private sector.”

“The economy and the American people are not better off since the president took office,” said Rep. Sam Graves (R-Mo.), the Transportation and Infrastructure Committee’s ranking member. “Rather, the current 8.3% inflation is nearly 400% higher than when President [Joe] Biden first took office and Americans are struggling with the heightened cost of everyday items. Inflation, and many of the other crises we are facing today, are a result of the cumulative impact of the overspending, overregulating, and overall failed leadership of the president.”