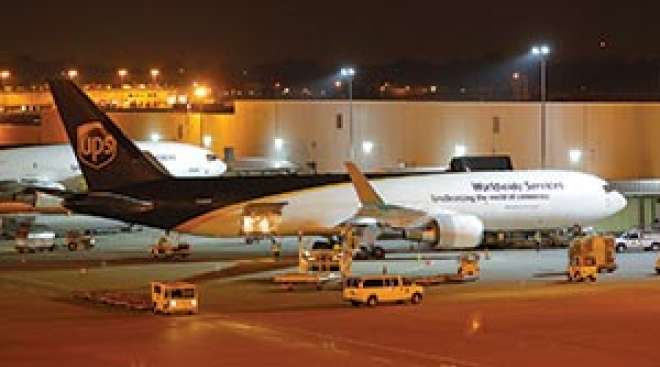 This story appears in the June 22 print edition of Transport Topics.

The House late last week approved a bill intended to speed free trade deals, legislation that is backed by business groups and the Obama administration.

The 218-208 vote June 18 for the Trade Promotion Authority bill included most Republicans and 28 Democrats. The Senate could vote on the measure this week.

The measure would give President Obama the ability to present free trade pacts to Congress to be voted up or down without amendments. Obama is pushing for passage of this legislation to help complete a Trans-Pacific Partnership trade agreement with 12 Asian nations.

Trucking industry officials said a free trade bill would boost the U.S. economy as well as trucking and freight transportation.

“When we trade goods, at some point in the supply chain it’s going on a truck,” said Bob Costello, chief economist for American Trucking Associations.

“This, specifically, will be good for trucking and, in general, free trade is very good for trucking,” Costello said. “Any time you can get trade expanded, you’ve got new markets, new opportunities and new business.”

Executives with the two largest companies on the Transport Topics Top 100 list of U.S. and Canadian for-hire carriers expressed support for the measure.

UPS, ranked No. 1 on the for-hire TT100, continues “to urge Congress to pass TPA legislation that will facilitate new trade agreements [that] enable businesses to gain access to new markets and compete on a level playing field,” Abney said.

“The U.S. is pursuing the most ambitious trade agenda in modern history, [and] the TPA bill that is being debated in Congress is essential to moving that agenda forward,” Ralph Carter, FedEx Corp.’s managing director of trade and international affairs, wrote in a blog post earlier this month.

The 12 TPP countries account for about 40% of global gross domestic product, “so if those countries increase their movements, it’s definitely going to impact the transport industry,” he told TT.

“From our perspective, that’s very positive. This is a vital economic and international priority,” he said.

Schatz said the next likely scenario would be for the Senate to vote on TPA on or around June 23. It will be followed by a vote on a related worker-assistance program, known as Trade Adjustment Assistance, which is popular with Democrats.

“TPA is important for our economy, to grow and create jobs in the United States,” said Hun Quatch, vice president of international trade for the Retail Industry Leaders Association.

“RILA supports TPA because it brings forward opportunities that will benefit not only our businesses but consumers as well,” said Quatch, who formerly was the assistant U.S. trade representative for congressional affairs.

“For the trucking industry, trade benefits jobs across the board — not only the back-office schedulers and the people who do the logistics part of it, but also the drivers who are using the roads every day to deliver goods to U.S. consumers,” she added.

Many of the provisions of fast-track, free trade are opposed by organized labor, AFL-CIO President Richard Trumka said in a statement.