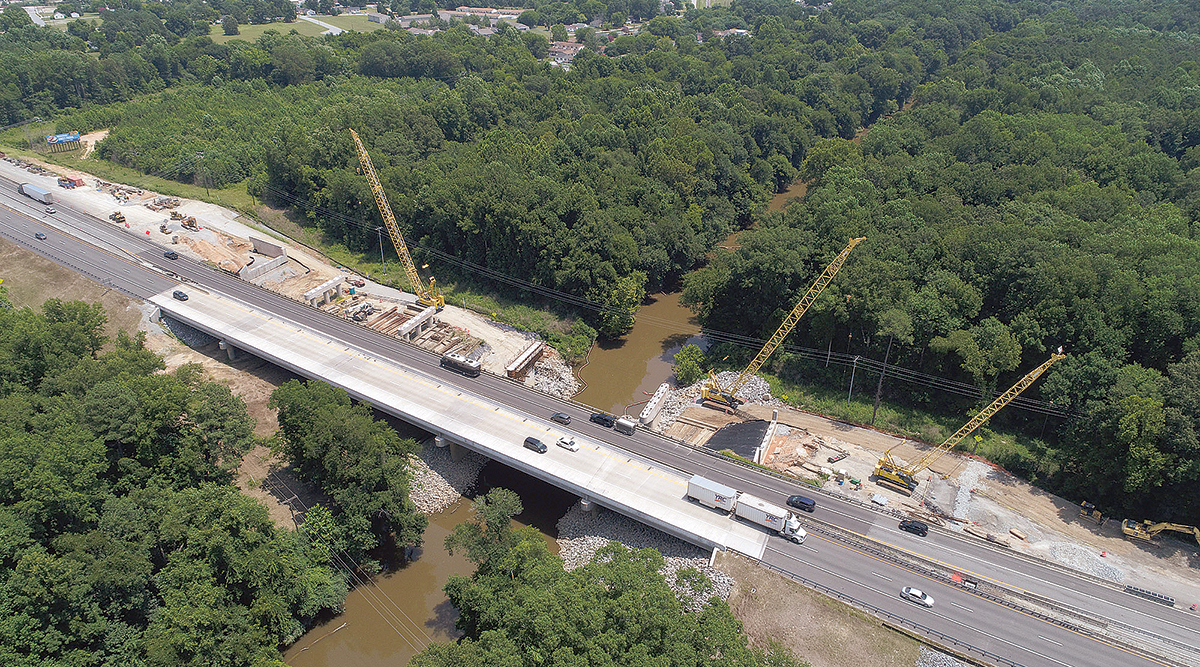 Traffic travels on Interstate 95 past a bridge replacement project over the Meherrin River near Emporia, Va. (Virginia Department of Transportation)

A multiyear bill with the aim of enhancing funding and safety for freight and commuter programs was unveiled by House Democrats on June 3.

The five-year, $494 billion measure is the Democrats’ legislation designed to update provisions in the FAST Act 2015 highway law that expires this fall.

The bill would seek to boost funding for highway and transit programs, as well as provide $4.6 billion for the Federal Motor Carrier Safety Administration. The measure also includes myriad environmental proposals. The transportation panel is expected to take up the bill June 17.

“The bulk of our nation’s infrastructure — our roads, bridges, public transit and rail systems, the things that hundreds of millions of American families and businesses rely on every single day — is not only badly outdated, in many places it’s downright dangerous and holding our economy back,” committee Chairman Peter DeFazio (D-Ore.) said. “Yet for decades, Congress has repeatedly ignored the calls for an overhaul and instead simply poured money into short-term patches. The result? We’re still running our economy on an inefficient, 1950s-era system that costs Americans increasingly more time and money while making the transportation sector the nation’s biggest source of carbon pollution.”

Specific to the trucking industry, the measure would provide $250 million for building and enhancing truck parking facilities. It also would require the secretary at the U.S. Department of Transportation to prioritize reinstating public display of safety data for motor carriers.

The measure would direct the secretary to delay a new FMCSA hours-of-service rule for commercial drivers until the completion of a comprehensive review of its waivers, exemptions and related guidelines. The review would need to include a safety impact analysis in consultation with state enforcement agencies, as well as a driver impact analysis.

The new HOS rule, which takes effect Sept. 29, will allow additional flexibility for the 30-minute rest break rule by requiring a break after eight hours of consecutive driving and allowing the break to be satisfied by a driver using “on-duty, not driving” status, rather than “off-duty” status. According to background in the Federal Register, the new rule “expands the shorthaul exception to 150 air-miles and allows a 14-hour work shift to take place as part of the exception; expands the driving window during adverse driving conditions by up to an additional two hours.”

The bill would establish a so-called Truck Leasing Task Force designed to review lease and lease-purchase agreements made available to truck drivers. It would expand environmental guidelines in freight planning. And, it would propose that freight strategic plans consider a project’s environmental and equity impact.

A long-term funding strategy for the Highway Trust Fund was not outlined. The Transportation and Infrastructure committee lacks jurisdiction over that account. The House Ways and Means and the Senate Finance committees have jurisdiction over the fund, and they have not resolved its looming insolvency.

Hopes for a bipartisan outcome for the measure dimmed after committee Republicans criticized the panel’s leaders for not including them in crafting the legislation. Republicans took aim at certain environmental priorities for infrastructure programs that had been promoted in progressive Democrats’ Green New Deal.

“We stood at the ready to work all year, since releasing our six infrastructure principles in January: ensuring state flexibility, focusing on core programs, streamlining the review process, addressing rural infrastructure needs, incorporating new technologies and fixing the Highway Trust Fund for the long term,” Rep. Sam Graves (R-Mo.) and other top Republicans said in a joint statement soon after the bill was unveiled. “However, we were not given the opportunity to address any of our priorities in this legislation.” 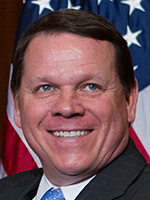 “While we may not agree on every provision therein, this is a real and commendable step on the part of the committee to advance the process in the House and ultimately arrive at a negotiable solution with the Senate,” Spear said. ATA has called on policymakers to adopt a 20-cents-per-gallon fee on motor fuels collected at the wholesale rack that would be phased in over four years.

The American Association of State Highway and Transportation Officials pointed out the bill’s lack of bipartisanship input. AASHTO Executive Director Jim Tymon said: “Transportation has traditionally been a bipartisan issue, and both sides of the aisle will have to work together to get a surface transportation bill over the finish line.”

Wyoming Republican John Barrasso, the committee’s chairman, called for his bill’s consideration on the floor of the Senate. 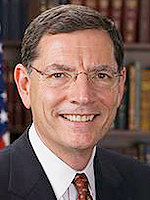 “Our bill is the right medicine for our roads and our economy,” Barrasso said during a hearing June 4. “It will help rural communities, it will help cities, and it will help all 50 states.”

“Without the infrastructure built, maintained and managed by the nation’s transportation construction industry, virtually all of the major industry sectors that comprise the U.S. economy — and the American jobs they sustain — would not exist or could not efficiently and profitably function,” McGough told senators June 4.

During the State of the Union address in February, President Donald Trump told Congress to approve the EPW panel’s highway bill.

“We must also rebuild America’s infrastructure,” the president said Feb. 4. “I ask you to pass Sen. John Barrasso’s highway bill to invest in new roads, bridges and tunnels all across our land.”

US House Highway Bill to Reach Floor This Month