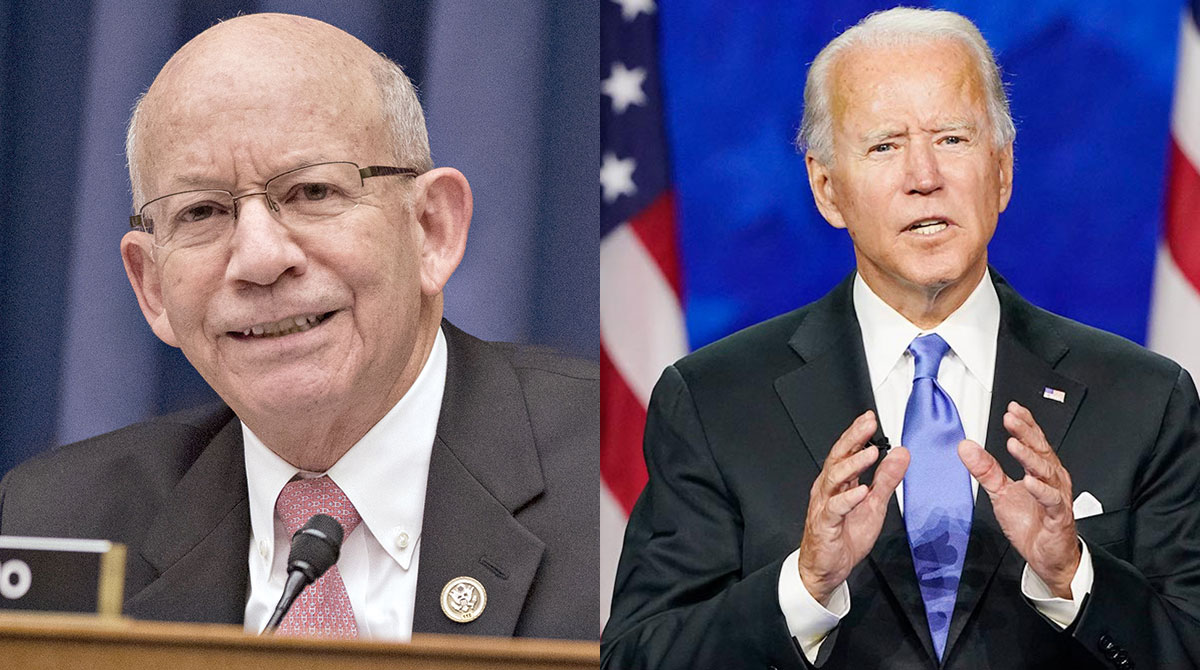 The top transportation policymaker in the U.S. House of Representatives joined the chamber’s senior Democrats in recently calling on the Trump White House to comply with federal record-keeping laws.

Rep. Peter DeFazio (D-Ore.), chairman of the Transportation and Infrastructure Committee, and the top Democrats pressed various elements of the outgoing Trump administration to preserve records in accordance with the Presidential Records Act, the Federal Records Act and similar regulations. DeFazio will be tasked next year with handling the reauthorization of the country’s highway policies.

The preservation and archiving of documents, electronic messages and metadata regarding the Trump administration’s handling of business affairs would ensure proper record-keeping. Doing so would facilitate the transition process between the outgoing and incoming administrations, congressional aides with familiarity with the lawmakers’ intent explained.

The state of our infrastructure is unacceptable, especially for the hard-working Americans who rely on it daily for access to jobs, medical appointments, and more. @HouseDemocrats believe that Americans deserve infrastructure that’s smarter, safer, and made to last.

“As the Trump administration prepares for the transition of power to the new Biden administration, we write to remind you that all Executive Office of the President employees and officials must comply with record preservation obligations set forth in federal law and preserve information relevant to congressional oversight,” DeFazio and his colleagues wrote to White House Counsel Pat Cipollone on Nov. 10. Copies of the letter were sent to members of the Cabinet, including Transportation Secretary Elaine Chao.

“Over the last four years, the administration obstructed numerous congressional investigations by refusing to provide responsive information. You are obligated to ensure that any information previously requested by Congress — and any other information that is required by law to be preserved — is saved and appropriately archived in a manner that is easily retrievable,” the lawmakers continued.

DeFazio and his colleagues in the House majority, as well as Senate Republicans, will be tasked with negotiating a plan with the new administration.

“The president-elect has made it clear he is ready to work with Congress to deliver results for all Americans with bold investments in infrastructure that help everyone, from large metro areas dealing with unreliable transit and soon to be jam-packed highways, to rural communities that suffer from bridges in poor condition and deteriorating roads,” DeFazio said this month.

“And of course, ‘Amtrak Joe’ and I share the goals of a robust national rail network and turning the transportation sector — the No. 1 contributor to carbon pollution in the U.S. — into one that is clean, efficient, reliable and resilient to extreme weather events,” he added. “President-elect Biden plans to ‘Build Back Better,’ and that’s exactly what our nation needs to move our infrastructure into the 21st century while creating millions of family-wage jobs, supporting U.S. manufacturing, and harnessing American engineering and ingenuity. I can’t wait to get started.”

Biden Is Betting His Whole Climate Agenda on Infrastructure