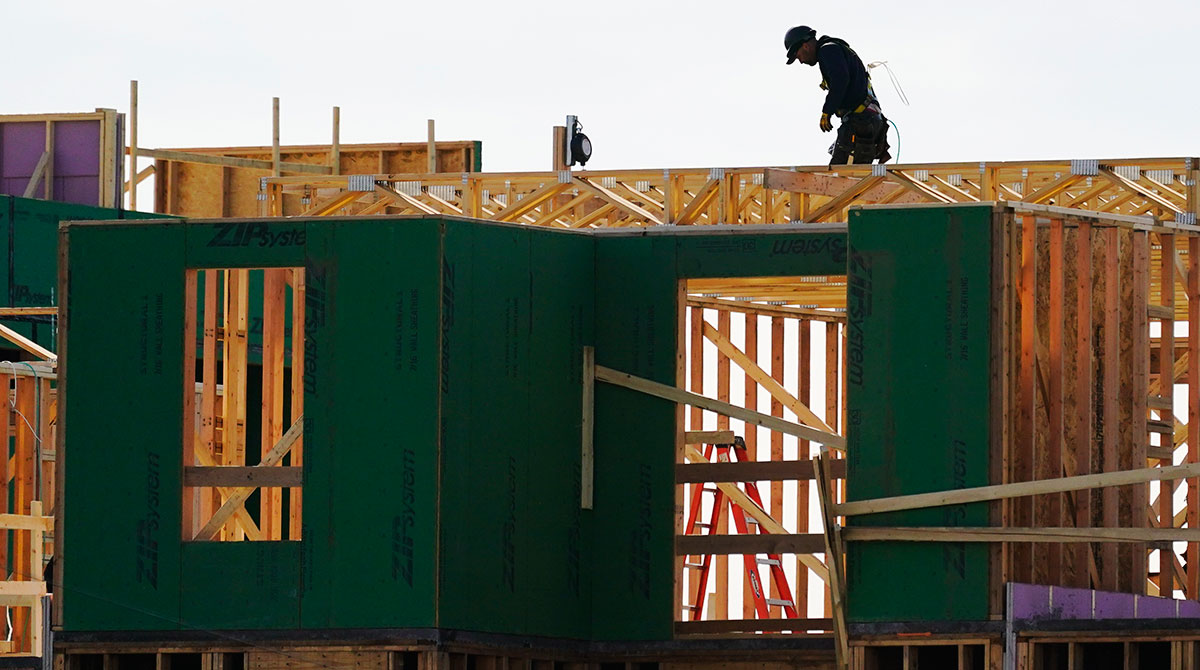 New home construction in the U.S. rebounded 11.8% in November as strong demand continues to boost builder confidence even with the slower winter season approaching.

Applications for building permits, a barometer of future activity, rose 3.6% in November to 1.71 million units and is 0.9% above the rate in November of 2020.

Construction of both single-family homes and apartments were strong in November, with both seeing low double-digit percentage increases from October. Despite last month’s increase, single-family housing starts are still down 0.8% from November of last year.

Although the big jump in November after somewhat sideways movement the past few months suggests the housing market is still strong, economists are reluctant to put too much weight in the volatile monthly housing starts data.

“It is best to just keep in mind that builders have more than enough work to keep them busy and interpret the ups and downs in the numbers as mostly noise and seasonal volatility,” said Stephen Stanley, chief economist for Amherst Pierpont.

Construction activity by region saw the biggest jump in the Northeast which rose 27.5%, followed by the South’s 18.4% gain. Building in the West rose 5.1%, while activity in the Midwest declined 7.3%.

A monthly survey of builder sentiment released Dec. 15 by the National Association of Home Builders and Wells Fargo showed sentiment improved for the fourth straight month, inching up to 84 in December from 83 last month. The index hit a record reading of 90 last November.

Demand for new houses remains strong, but finding workers, predicting prices and supply chain shortages and delays are still tripping up builders, the NAHB said. The lack of available homes for sale, new and old, has pushed prices to record levels.

NAHB Chief Economist Robert Dietz said even though 2021 single-family starts are expected to finish the year 24% higher than the pre-COVID levels of 2019, “we expect higher interest rates in 2022 will put a damper on housing affordability.”

On Nov. 16, the Federal Reserve announced that it will reduce its monthly bond purchases — which are intended to lower long-term rates — at twice the pace it had previously set. The Fed is trying to stamp out persistent inflation that has accelerated to a nearly four-decade high.

The Fed’s action may raise borrowing costs across the economy in the coming months, but policy changes don’t always immediately affect other loan rates. Even with three rate increases next year, its benchmark rate would still be historically low, below 1%.

In its most recent report, S&P CoreLogic Case-Shiller 20-city home price index climbed 19.1% in September from a year earlier, with prices in all 20 cities setting new records.

The Commerce Department reported last month that the median price of a new home, the point where half the homes sold for more and half for less, rose to a record $407,700 in October, up nearly 18% from a year earlier.