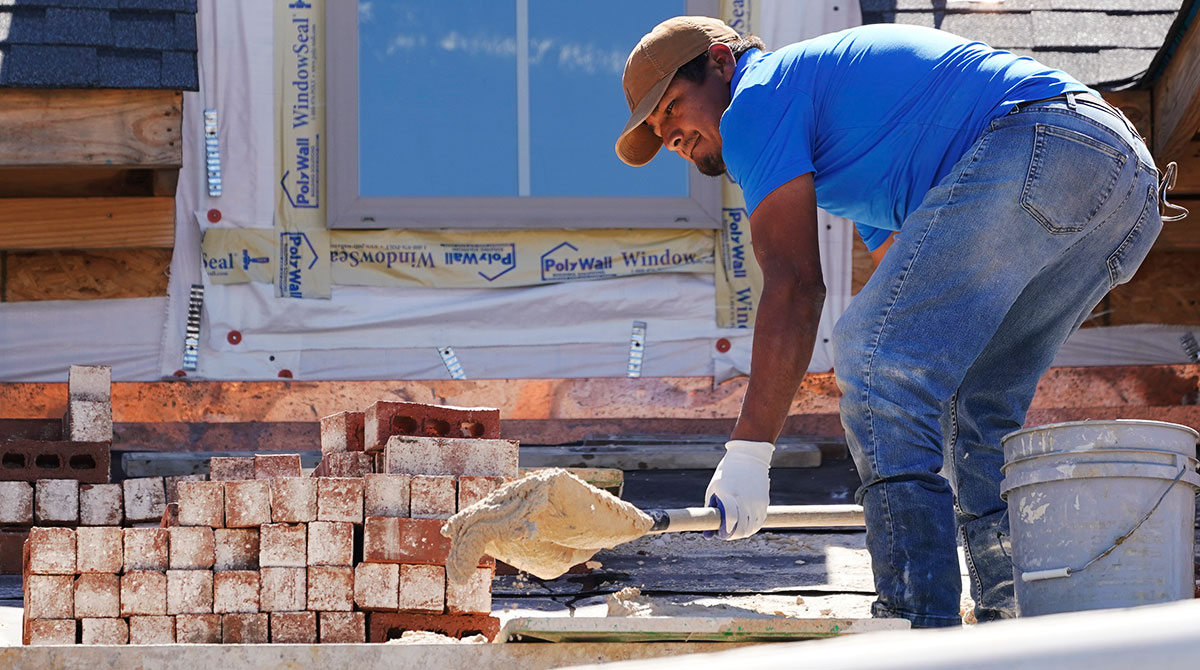 A mason shovels a cement mixture as he prepares to lay down bricks on the exterior wall of a new house in Flowood, Miss. (Rogelio V. Solis/Associated Press)

Construction of new homes in the U.S. fell 0.7% in October, but a big jump in the number of permits last month points to anticipation by builders that supply chain problems that have dogged them for much of the year will soon ease.

October’s decline put home construction at a seasonally adjusted annual rate of 1.52 million units, which is an increase of 0.4% from the rate at this time last year, the Commerce Department reported Nov. 17. September’s number was also revised down to 1.53 million units from 1.56 million units.

But in a positive sign of future activity, applications for building permits jumped 4% from September to 1.65 million and is up 3.4% from October of last year.

Construction activity by region saw modest declines in the Northeast, South and West, while the Midwest came in 5.6% higher in October.

Low interest rates and a desire for more space have lured buyers into the market, but rising costs for materials and a yearslong shortage of supply have pushed prices up. Economists and builders say demand remains strong, even as the median price for a new home is about 20% higher than a year ago.

A monthly survey of builder sentiment by the National Association of Home Builders and Wells Fargo showed sentiment improved to 83 in November from a reading of 80 in October, which was also an increase over September’s 76. The index hit a record reading of 90 last November.

The Commerce Department issues its report on new home sales for October later this month. In September, it reported that sales of new homes jumped 14% in September to the fastest pace in six months as strong demand helped offset rising prices.