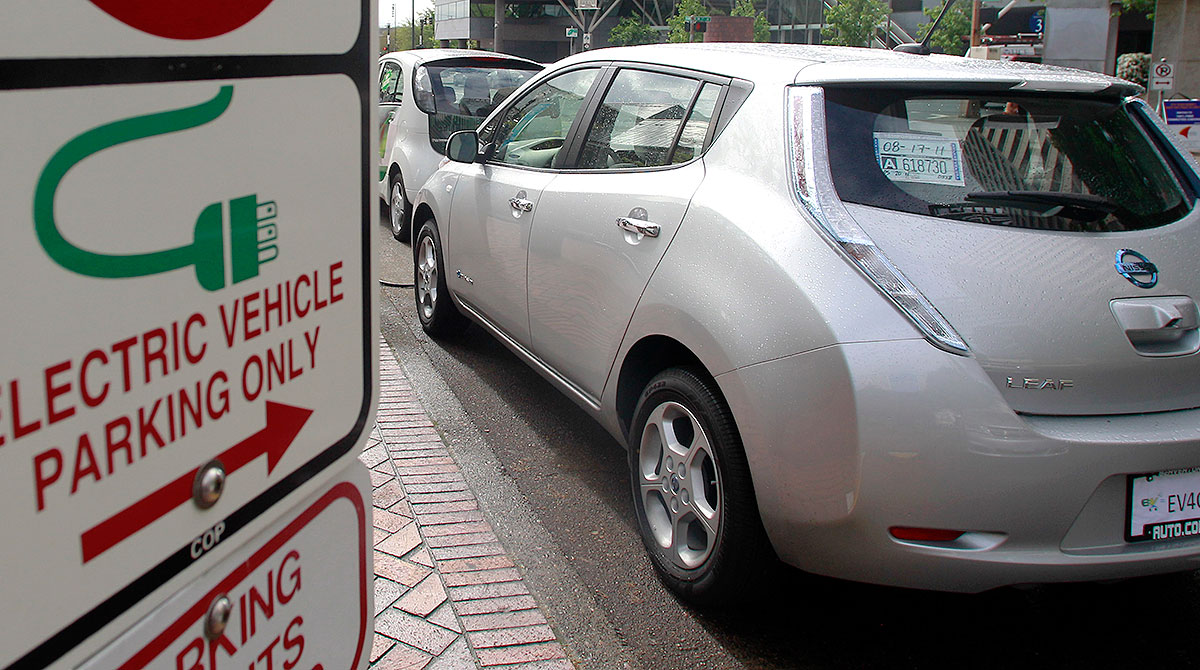 The opportunity for easy overnight recharging may be one of the surest routes toward a wider adoption of electric vehicles in the United States.

“Home-location charging is the most frequently used and the most influential in the purchasing decision and the vehicle usage,” said Gil Tal, research director with the Plug-In Hybrid & Electric Vehicle Research Center, within the Institute of Transportation Studies at the University of California-Davis.

Tal and colleague Scott Hardman, a researcher also with the center, gave a webinar Aug. 29 with Meeting of the Minds, a global network of thought-leadership and a platform for knowledge-sharing digital programming, to discuss the future of electric vehicles and some of the policy directions local and state governments can take to encourage wider adoption by the driving public.

“And when I say, ‘home,’ I mean overnight. Sometimes it’s not their home charger, but overnight charging is the most important charger,” Tal added. 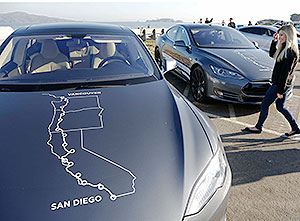 Tesla held a demonstration when it completed its charging route in 2013. (Eric Risberg/AP)

The discussion comes at a time as many cities and states are exploring several approaches to grow electric vehicle adoption. States such as Oregon are taking a multipronged strategy to increase charging opportunities at multifamily housing developments as well as upgrading the state’s West Coast Electric Highway, a network of 44 fast-charging stations along Interstate 5, Highway 99 and other highways.

Virginia intends to invest some $14 million over the next three years to install direct current (DC) fast chargers along major interstates and U.S. highways, as well as Level 2 chargers — a slightly slower charging unit — at popular destinations.

Meanwhile, Sacramento, Calif., will be the location for $44 million in electric vehicle infrastructure and mobility services, as part of its relationship with Electrify America. Besides new charging locations, the project will launch GIG Car Share, a “free-floating” car-share platform, powered by AAA, that will place some 260 entirely electric cars in Sacramento available for rent.

All of these projects could be viewed as the sort of “holistic” approaches regions should take to encourage EV adoption, researchers argue, which also would include purchase incentives, education, outreach and consumer engagement.

“For any new technology to receive market entry, consumers first need to be aware of it, which would mean they know what an electric vehicle is, they know the incentives that are available for them and they know that there’s charging infrastructure,” Hardman said.

Shoppers would then move to the phase where they gain more knowledge about the different technologies and brands available to them, before moving to the decision-making phase, where they buy a car.

“For the market to be successful, we need to help people move through this process,” Hardman said. “However, at present, we seem to be sort of lagging in this area.”

The number of buyers who are seriously thinking about buying an electric car and have test-driven one has gone unchanged from 2014 to 2018, Hardman said “Despite the fact that over these four years there’s been this huge growth in the market,” he added.

Electric vehicles account for less than 1% of cars and trucks on U.S. highways, according to a report by the Electrification Coalition. Despite these findings, lawmakers have set ambitious goals to grow electric car adoption. California — the largest market for electric vehicles — plans to have 1.5 million EVs on the road by 2025, a growth of more than 600% from today’s number, according to a report by the Rocky Mountain Institute.

Where charging happens and how convenient it is can be a significant determinant behind the decision to buy an electric car, researchers say, adding that policymakers ought to steer the conversation toward a goal of making overnight charging or workplace-charging convenient and available.

“In many cities, overnight can be a charger at your local elementary school that is a block or two away.” Tal offered. “In high-density locations, home charging may be a public, city-owned garage.”

Consequently a workplace charging opportunity could just as well be chargers located at a public transit hub, he added.

Much chatter has been devoted to the development of charging plazas — roadside locations providing high-speed DC charging where a typical electric vehicle’s charge can boost from near zero to 80% in about 30 minutes. Electrify America plans to fund the construction of 2,000 fast-chargers across 484 sites in the next year.

Those infrastructure developments, which carry high costs, may not be the best use of resources. Public charging allows more miles traveled “but is not a prerequisite for EV adoption,” Tal said.

“Home charging is sufficient for most people,” Tal continued. “If they drive farther away from the range of their car, they can use a fast-charger every once in a while.”

Another finding by the research team -— perhaps much to the consternation of EV owners — is “charging should not be free,” he said.

When charging free, car owners will forgo charging at home and instead wait until they arrive at a location where a free charger is located — workplace, public garage, etc. — and therefore these charges always will be congested.

“There is no way to build enough chargers if they are free,” Tal said.

“If they are congested, and today half of the workplace chargers in California are congested, they are not dependable,” he added. “If you really need this charger in order to make it back home, you cannot trust it.”