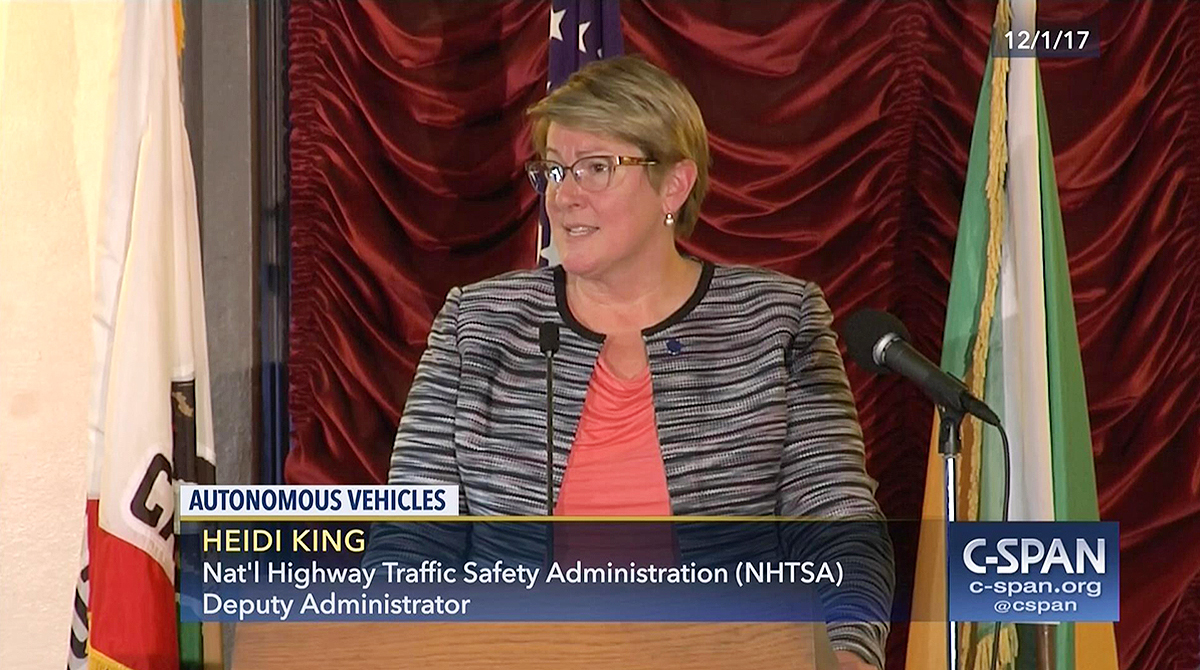 The Commerce Committee on June 27 approved by a slim margin the nomination of Heidi King to lead the National Highway Traffic Safety Administration, setting up consideration on the Senate floor.

“Regrettably, I am very concerned that if confirmed … as the administrator of the National Highway Safety Administration, Ms. King would not only fail to put the brakes on this administration’s rollback of these critical standards, but will hit the gas,” Markey said.

King was asked by members of the committee about the Trump administration’s formal notice regarding an upcoming review of the emissions standards for model year 2022 to 2025 light-duty vehicles. She told the committee in a written response: “I agree that the upcoming standards need to be technologically feasible, economically efficient and preserve consumer choice. … NHTSA is considering public meetings on aspects of the rule to enhance transparency for all stakeholders.”

King is the agency’s deputy administrator and has served in a leading role for more than a year while the top post remains vacant.

During the 112th Congress, she was chief economist for the House Committee on Energy and Commerce. She also was a regulatory policy analyst in the White House’s Office of Management and Budget from 1998 to 2000 and again from 2007 to 2011.