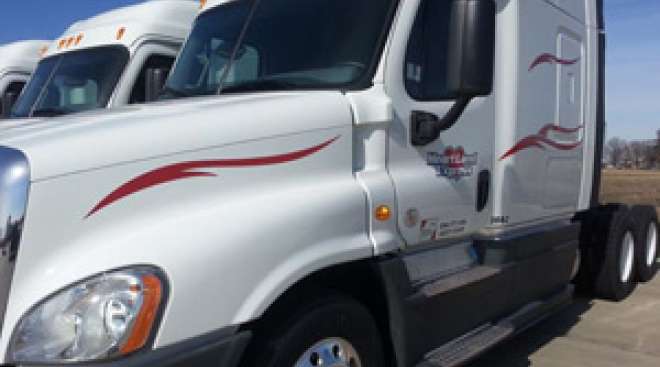 Heartland Express Inc. reported profits fell 2.3% after a sharp decline in revenue due to the soft freight environment and poor weather in the western United States.

The North Liberty, Iowa, carrier generated $14 million in profits, or 17 cents per share. Last year, the numbers were $14.4 million, or the same 17 cents. While the year-over-year earnings fell, Heartland beat the Bloomberg News forecast of $12.4 million or 15 cents, based on a survey of industry analysts.

Revenue fell 20% to $129.9 million, and when fuel surcharges were removed, the decline increased to 23% to $115 million due to lower miles driven during the first quarter compared with the same period in 2016.

Heartland, which ranks No. 41 on the Transport Topics Top 100 list of the largest U.S. and Canadian for-hire carriers, was able to slash expenses to $110.5 million from $142.5 million to compensate, but not fully offset, the hit on top-line revenue.

“We also increased our fleet activity, as evidenced by more equipment purchases and sales completed during the quarter, which resulted in an increase in gains on sale of equipment,” Heartland CEO Michael Gerdin. “We expect to continue to own and operate a fleet of revenue-producing equipment that is relatively young in average age and updated with the latest technology, which we believe leads to lower costs of maintenance and better fuel economy.”

Insurance expenses, which have increased at other truckload carriers, were cut 53% to $3.8 million year-over-year.

“I am extremely pleased with the execution of our team and our ability to stay the course and deliver these results during a very difficult environment for the first two months of the quarter,” Gerdin said.