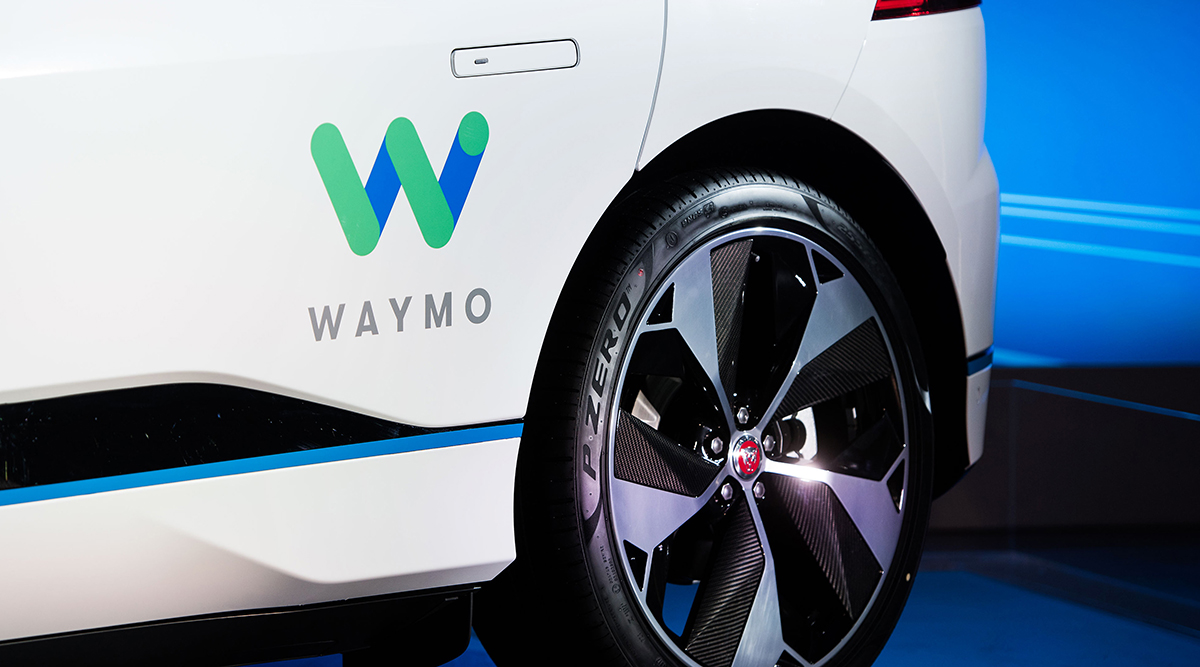 The hubcap of a Jaguar I-Pace with Waymo autonomous electric vehicle is seen during an event in New York, March 27. (Mark Kauzlarich/Bloomberg News)

Alphabet Inc.’s Google is getting into self-driving cars in a new way.

Gradient Ventures, an early-stage venture fund within Google, is leading a $6 million investment in a new company that’s building software to let humans control cars remotely. Scotty Labs, a nine-person startup, works on “teleoperations,” an emerging slice of the autonomous vehicle business that may grow more critical as the field faces closer scrutiny.

California recently moved to let companies test driverless cars on public roads with remote human operators, starting in April. Scotty’s technology is designed for new regulatory environments like this. When a self-driving car finds itself in a tricky situation – stuck in snow, or behind a truck for instance – it alerts a trained operator in a call center who takes over.

Scotty Labs (as in “beam me up, Scotty”) has built remote-driving equipment that looks like a souped-up arcade game. It’s also working on faster wireless networking technology so human operators can steer cars with minimal latency, a big outstanding hurdle.

Nissan Motor Co. and other companies have begun testing their own remote-control systems. Some of these firms, including Alphabet’s Waymo, believe vehicles will, eventually, come without steering wheels. Scotty’s bet is that some person, somewhere, will still need to be involved. “The idea is to help get the safety driver out of the vehicle,” founder Tobenna Arodiogbu said.

He also stressed that Scotty’s technology isn’t designed for the split-second decisions needed to avoid the type of collision that killed a pedestrian in Arizona earlier this month.

Oliver Cameron, CEO of autonomous-vehicle startup Voyage, noted that the technology is still in its infancy. “It’s not remote driving yet,” he said. But, after scouring the teleoperations field, he found Scotty Labs the most compelling and agreed to be its first partner.

Anna Patterson, head of Google’s Gradient, praised Scotty’s “impressive vision.” The new venture arm was started last year to invest in artificial intelligence startups. It has backed more than a dozen firms, including Aurima Inc., which is developing AI-powered sensors for autonomous vehicles.

Gradient, like many Google projects, has a talent-recruiting role. With each investment, the internet giant offers startups a Google engineer for a year. That’s an additional lure for young companies, and a way for Google employees to satisfy any urge to work for a startup. Arodiogbu said he’s still finalizing that part of the deal.