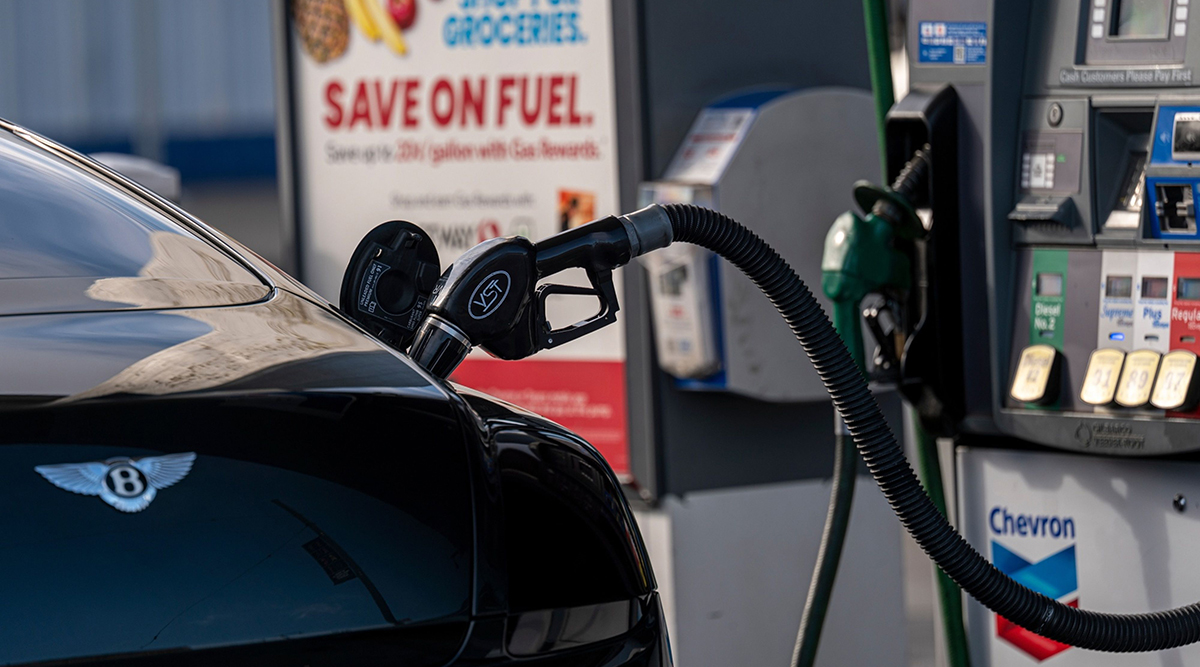 Retail gasoline and diesel prices rallied to a record just ahead of the nation’s summer driving season, a challenge for President Joe Biden and the Federal Reserve as they face the fastest inflation in decades.

Average gasoline prices hit $4.374 a gallon, according to the American Automobile Association. Diesel also hit a record at $5.55 a gallon. The surge is set to add to inflationary pressures gripping the world’s biggest economy. The U.S. summer driving season starts in about three weeks.

Fuel prices have surged as efforts to isolate Russia, one of Europe’s most important energy suppliers, upend international markets. U.S. Gulf Coast refiners have stepped in to fill the global void, maximizing diesel production and sending a record amount of exports. U.S. gasoline inventories stand at the lowest for this time of year since 2019 and diesel stocks are touching levels not seen since 2008. 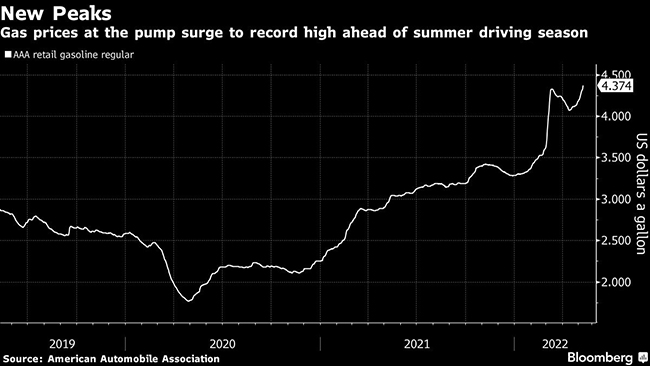 Fuel consumption is being monitored closely, with Americans expected to drive more this summer than in 2021 even as pricier gasoline limits some travel. The nation’s motorists are expected to use 9.2 million barrels of gasoline a day from April to September, up by 0.8% from the same period last year, the Energy Information Administration’s summer outlook showed last month.

U.S. gasoline demand is approaching what it was before the pandemic but now the nation is contending with more than 1 million barrels a day of lost fuel-making capacity because of the refineries that were forced to close during the pandemic.

Still, high prices likely won’t stop people from getting on the road, said Devin Gladden, a spokesperson for AAA.

“This summer on the heels of two years of pandemic where Americans have been unable to take vacations, people will want to engage in those activities that they haven’t been able to,” Gladden said during a phone interview.

— With assistance from Chunzi Xu and Sharon Cho.

House Panels Have Mixed Success Getting Oil Execs to Appear