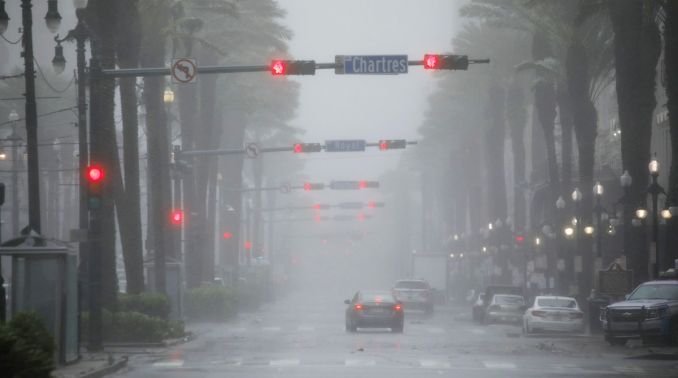 Some U.S. motorists who had been expecting an end-of-summer relief for gasoline prices should start bracing for higher costs at the pump in the coming days due to Hurricane Ida.

Ida made landfall in Louisiana on Aug. 29 and is traveling along a path where seven fuel-makers process the equivalent of 12% of the oil refined nationwide. The Category 4 storm is expected to cause severe flooding and power outages that would slow the return to operations for those refineries, according to Andy Lipow, president of Lipow Oil Associates LLC in Houston.

“For a Category 4, you could be looking at four to six weeks or more of downtime for the refineries,” the analyst said.

RELATED: A Hurricane Ida Unknown: Economic Impact on Region, US

The weakest link of a refinery is the cooling tower, which gets damaged by the wind. Ida is approaching the coast with top winds of 150 mpg. When Hurricane Delta hit as a Category 4 in October 2020, Valero Energy Corp’s refinery in Port Arthur, Texas, reported damage at the cooling tower associated with its crude unit. It took 12 days to finish repairs and bring the unit back on its feet.

If a refinery doesn’t sustain damage, it can be back on line in about a week, according to data compiled by Bloomberg. Last year, Royal Dutch Shell Plc’s Norco refinery in Louisiana had multiple units shut ahead of Zeta and after assessing the refinery for damages, safely restarted five days later. Phillips 66’s refinery in Lake Charles, La., reported minimum damage and returned to operations in six days.

Motorists should expect to pay up at the pump. Prices may rise about a dime a gallon during the next four to five days in the Southeastern and Mid-Atlantic markets, Lipow said. The government, he said, may even consider waiving the Jones Act regulation, allowing foreign-flagged ships to transport gasoline and diesel between U.S. ports in a bid to tame retail prices.

The average gasoline price for the U.S. Gulf coast was $2.803 a gallon for the week ending Aug. 23, according to the U.S. Energy Information Administration.