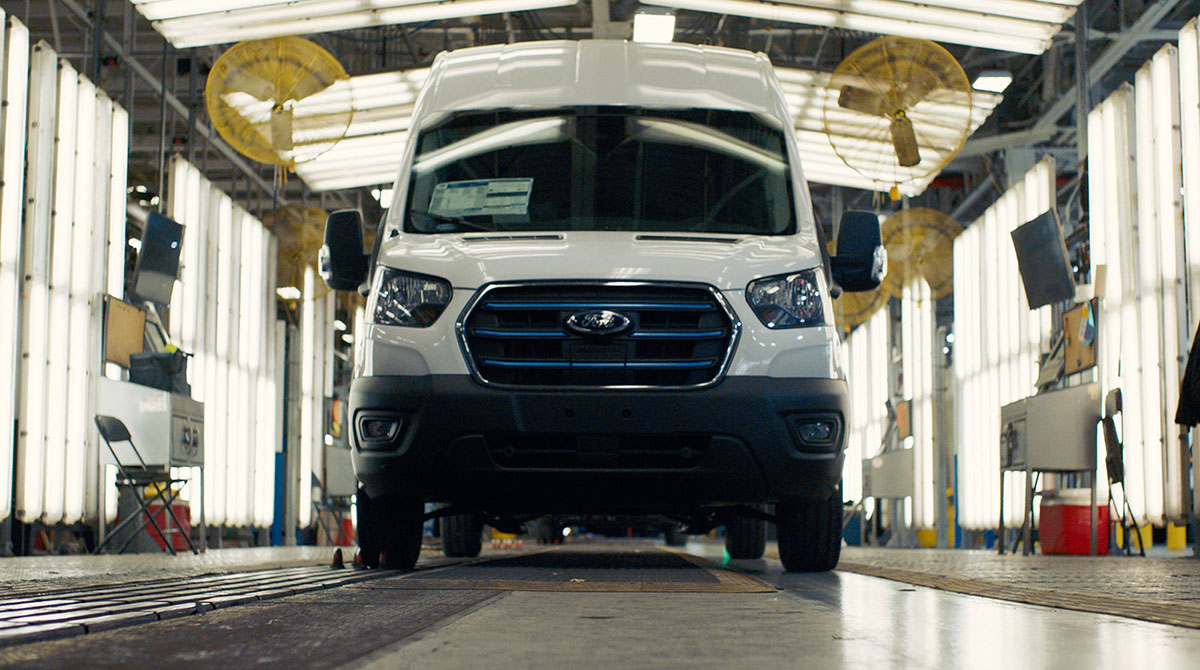 Shipments of the electric version of the popular van kicked off as Ford said it had netted more than 10,000 orders from 300 customers of varying sizes, including 1,100 orders from retail giant Walmart Inc. Already, the automaker said Feb. 8, it’s working to increase production of E-Transit to meet demand as it aims to boost annual electric vehicle production capacity to 600,000 by the end of next year.

E-Transit is the company’s second all-electric vehicle, following the launch of the Mustang Mach-E in late 2020. The F-150 Lightning, a battery-electric version of America’s best-selling truck and Ford’s flagship product, is slated to launch this spring (including the version aimed at commercial and government fleet customers) with some 200,000 orders on the books.

E-Transit also is the first vehicle to launch under the umbrella of Ford Pro, the stand-alone commercial vehicle business Ford launched last year as it centers its turnaround strategy on its strength in the commercial vehicle segment, electrification and connected vehicle services. The automaker has committed to spending $30 billion on electrification through 2025, with E-Transit falling under that investment.

“E-Transit is a testament to the fact that an electric commercial fleet is no longer a vision of tomorrow, but a productivity-boosting modern reality,” Kumar Galhotra, president of the Americas & International Markets Group for Ford, said in a statement.

With the launch of E-Transit, Kansas City Assembly in Claycomo, Mo., became Ford’s first plant in the U.S. to assemble both batteries and all-electric vehicles in-house. The company invested $100 million in the plant and added about 150 full-time jobs in vehicle and battery pack assembly to support E-Transit production.

Ford and some of its competitors are placing big bets on commercial and government fleet customers becoming the leaders in the electric and digital transition transforming the automotive industry.

General Motors Co. has launched an electric delivery van business. Stellantis NV has lined up Amazon.com Inc. as the first buyer for an electric version of its cargo van. And both automakers have electric versions of their popular pickup trucks planned.

Ford, meanwhile, has signaled that its commercial business is at the forefront of the company’s growth strategy. Ford Pro is targeting revenue of $45 billion by 2025, up from $27 billion in 2019. Executives have said that commercial customers recognize the potential cost and productivity improvements that electric, digitally connected vehicles offer.