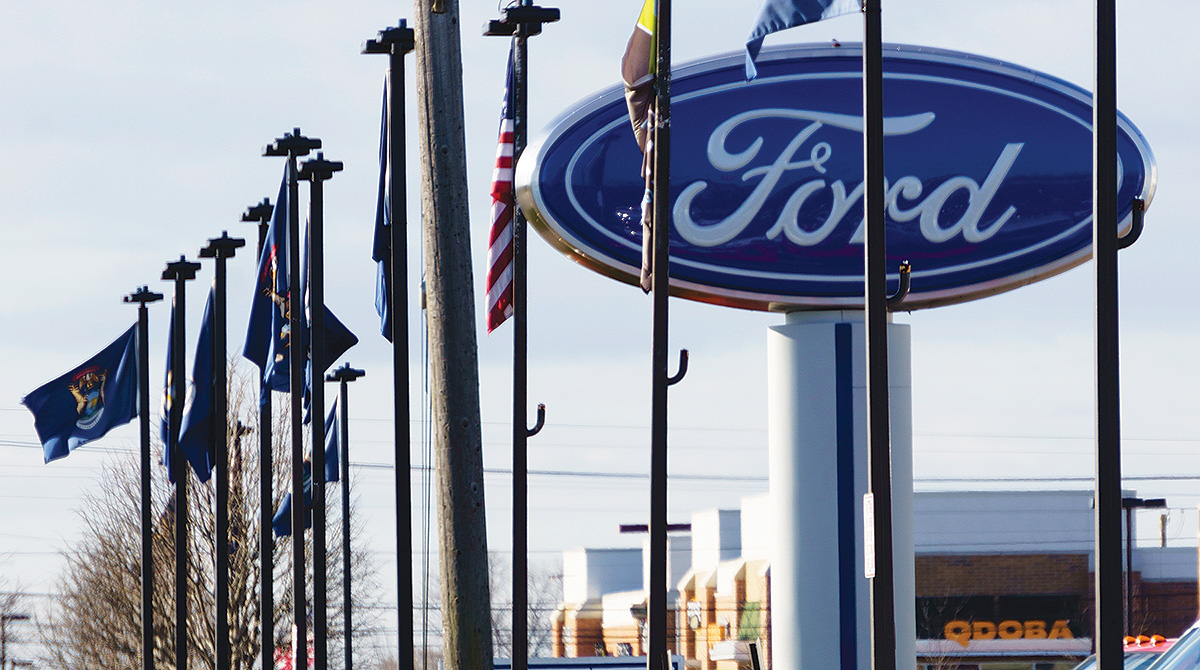 Ford Motor Co. is preparing to make a bigger push in electric vehicles, according to Morgan Stanley.

The company doesn’t currently offer any electric cars, although it has been heavily investing in such technology. The carmaker’s ongoing discussions with Volkswagen AG promise to take its electric-car ambitions “to the next level,” analysts led by Adam Jonas wrote in a note on July 3, adding that such a deal mitigates financial risks from electric car investment.

“While Ford and VW have yet to announce any definitive agreement around joint-BEV development,” Morgan Stanley wrote, referring to battery electric vehicles, “we believe investors should prepare for significant levels of potential collaboration to share development and manufacturing costs.” 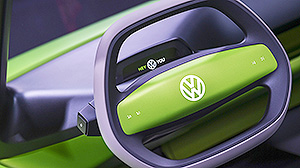 A logo is displayed on the steering wheel of a VW I.D. Buggy electric concept automobile. Volkswagen AG is nearing a deal to cooperate with Ford Motor Co. on electric-car technology and self-driving vehicles. (Chris J. Ratcliffe/Bloomberg)

An announcement could be imminent. Bloomberg has reported that Volkswagen’s supervisory board plans to discuss, and possibly approve, the next steps toward expanding its alliance with Ford when it meets next week, according to people familiar with the matter. The two companies announced a collaboration on vans and pickup trucks back in January.

Battery-electric vehicles accounted for 1.4% of U.S. car volume last year, according to Morgan Stanley. Excluding Tesla Inc., out of roughly every 400 cars sold in the U.S., only one is a fully electric car.

Jonas cautions that a move to fully-electric cars could hurt earnings in the near term, but he’s optimistic in the long run. “We see a decisive strategy towards sustainable transportation as ultimately beneficial to the company’s long-term strength and earnings multiple and believe investors would be positively inclined to such a move,” he wrote.

Morgan Stanley holds an equalweight rating on Ford, and a price target of $10.