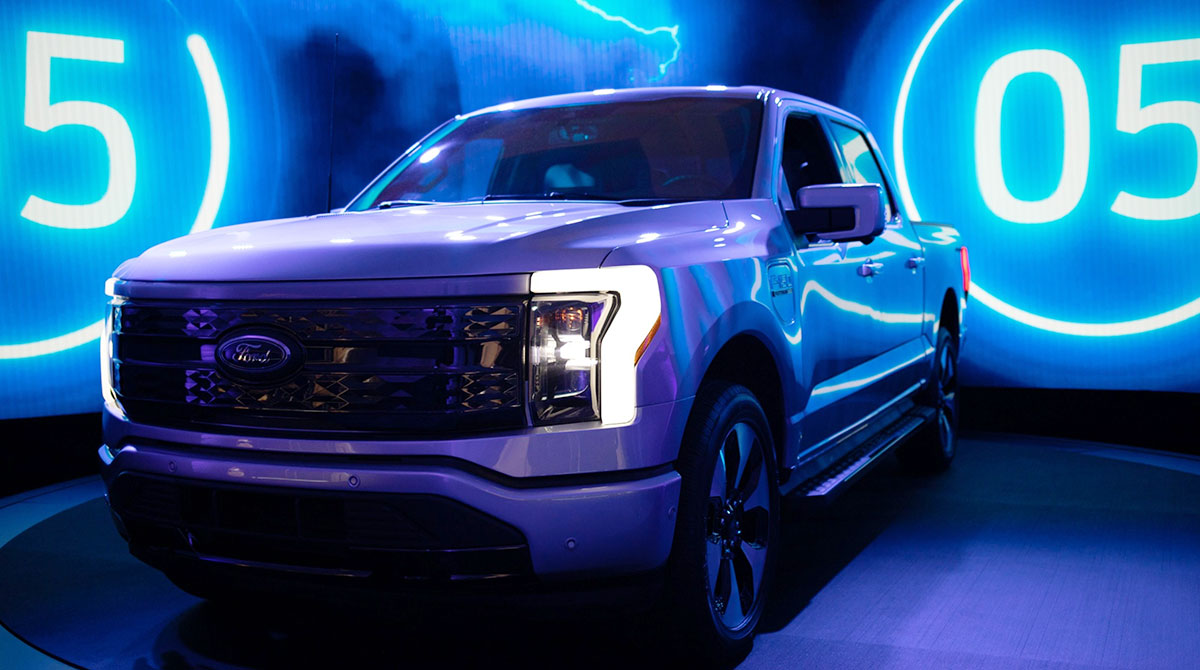 Ford shares rose as much as 3.5% to $25.33, extending a 20-year high, on Jan. 13 in New York. The automaker’s new market cap exceeds rival General Motors Co. and electric truck startup Rivian Automotive Inc. But it still is a far cry from Tesla Inc., which investors have valued at more than $1 trillion.

The milestone comes as Ford is doubling production of the electric F-150 Lightning pickup going on sale this spring. The Dearborn, Mich.-based company also is ratcheting up production of the battery-powered Mustang Mach-E at a factory in Mexico.

The shares have been on a tear since Jim Farley became CEO 15 months ago, after falling to a 10-year low under his predecessor. Farley accelerated Ford’s shift to electric and autonomous vehicles. He has pledged that Ford will manufacture 600,000 EVs a year by 2024 with more to come from battery and assembly plants the company is building in Tennessee and Kentucky.