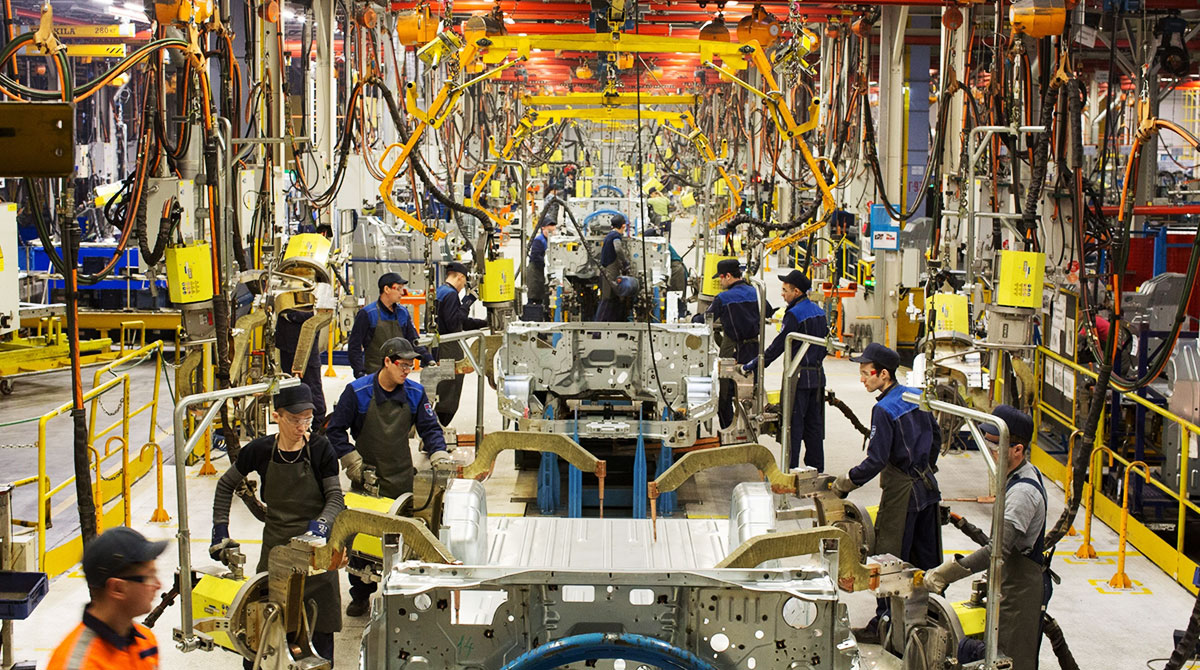 Workers use machines to adjust panels for the floor section of Ford Transit vans on the production line at the Ford Sollers production plant in Russia. (Andrey Rudakov/Bloomberg)

Ford Motor Co. is aiming to cut its borrowing costs by more than half as it repurchases $5 billion in junk-rated debt and seeks to set a path to return to an investment-grade credit rating.

The automaker said in a Nov. 4 statement that it’s initiating a $5 billion cash tender offer to repurchase a significant chunk of the $8 billion in junk bonds it issued to bolster its balance sheet as it shut down factories at the onset of the pandemic in April 2020. As auto sales collapsed, Ford issued what it calls “COVID bonds” a month after becoming the largest fallen angel when its debt was cut to noninvestment grade by S&P Global Ratings.

Now with its fortunes reversing thanks to new models such as the electric Mustang Mach-E and the revived Bronco SUV, Ford is flexing new financial muscle to lower its borrowing costs and strengthen its balance sheet as it spends $30 billion to develop and build electric vehicles.

Ford said it expects its interest rate to drop to about 3.5% to 4% going forward, compared with coupons ranging from 8.5% to 9.625% the company is paying on its COVID bonds. The automaker plans to fund the tender offer with cash on the balance sheet and will also target some other high-interest legacy debt. 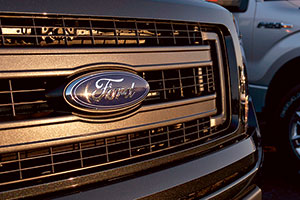 Ford expects to incur a charge of between $1 billion to $1.2 billion to fulfill the tender, depending on which bonds are repurchased, mostly from pulling ahead interest obligations, according to a news release. The final deadline for the tender is Dec. 3, and an early deadline, with more favorable terms for investors, is at 5 p.m. in New York time on Nov. 18.

Ford said it also plans to later issue a so-called green bond of at least $1 billion with a 10-year maturity, with proceeds earmarked to help with a push toward electrification and new battery electric vehicles. The move is part of a new sustainable financing strategy based on environmental and social goals also announced on Thursday.

“This lowers the cost of our debt substantially,” John Lawler, chief financial officer, said in an interview. “It provides us additional financial flexibility, not only from the standpoint of lower interest expense, but also it’s strengthening the balance sheet, which is good as we work to return to investment grade.”

The debt refinancing comes after Ford restored its dividend that it cut in early 2020 and as its stock soars to its highest level since January 2011.

“It’s the time to aggressively restructure the balance sheet, lower our interest costs, and really clear the decks for 2022 and beyond,” Dave Webb, Ford’s treasurer, said in a call with reporters.

As it prepares to roll out an electric version of its top-selling F-150 pickup next year, Ford said it is the first U.S. automaker to commit to a sustainable financing strategy for both its auto and lending unit, Ford Credit. The plan involves committing to zero-emission vehicles built in clean factories, as well as providing economic access, like car loans, to underserved populations and investing in disadvantaged communities, such as restoring a crumbling, century-old Detroit train station.

Other environmental, social and governance investing strategies have been criticized for not having enough teeth or not making enough impact. Ford contends it is proving its commitment by the billions it’s spending to produce 1 million electric vehicles a year by mid-decade.

Ford in September linked its revolving credit facilities to metrics such as reducing greenhouse gas emissions and increasing renewable electricity used at manufacturing plants and committed to cut CO2 emissions from its vehicles in Europe. Ford will receive a pricing break or increase in the cost of its loan depending on whether it meets or fails these goals.

The company is currently rated two steps into junk by Moody’s Investors Service, and one step by S&P Global Ratings and Fitch Ratings. Ford sold a $2 billion 0% convertible bond in March, with proceeds set for general corporate purposes, including repaying debt.

“We don’t control what the ratings agencies will do,” Lawler said. “But we believe if we continue to improve the business and strengthen our balance sheet that they’ll come around and increase our ratings.”