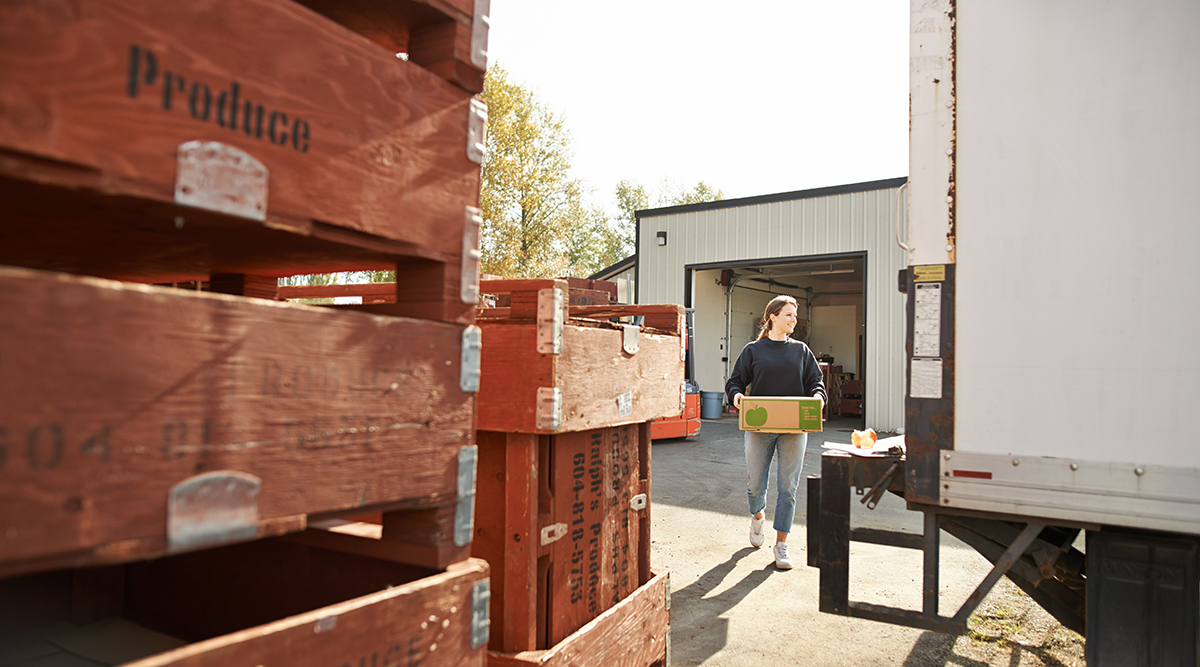 A woman loads a truck with produce. (Getty Images)

Fleets that haul food and other essential products to keep grocery store shelves stocked are on the front line in the effort to combat the coronavirus pandemic.

International Foodservice Distributors Association CEO Mark Allen said the industry has been uniquely impacted by the crisis. Restaurant closures have caused a strain, but carriers have been diligent in ensuring stores are stocked.

“Everyone just has an incredible can-do attitude,” Allen told Transport Topics. “You’re seeing heroic efforts across the board to make sure product gets to where it needs to go so it can make it to the consumers who are looking to buy. It doesn’t matter if it’s grocery or food service. I think carriers are doing an amazing job in a very difficult situation.”

Allen noted carriers are making a difficult situation better than it would be otherwise.

“We’re seeing the effects of panic buying,” he said. “When the stores are stocked, that probably means a carrier was in there recently, and they got product into the stores, and it was out on the shelves. Then consumers come in and clear it out, and there is another truck right behind it. A grocery store that might have taken one delivery a day might be taking two or three now.”

“Without the drivers and trucks, a lot of this very quickly gets disrupted,” Doug Baker, vice president of industry relations at FMI, told TT. “We appreciate everything that they’ve been doing and understand they have been putting in some long hours because consumer demand is keeping them extremely busy.”

Baker added that they are trying to make it easier for drivers to do their job, and often it comes down to working with federal and state governments. They have worked to keep truck stops opened and eased some rules such as weight restrictions on trucks.

“As of the later part of last week, we probably had more trucks on the road then we ever had running,” Baker said. “They’ve been running products to grocery stores as expected with this unprecedented demand.”

Allen noted that an earlier challenge carriers faced was confusion by some local authorities on whether food distribution is considered essential infrastructure. This caused problems in areas under lockdown that only allow essential businesses to function.

“The food distribution industry is considered essential infrastructure, and on a state and local level, that was not always being applied or enforced as such,” Allen said. “One of the things we did was work with the Department of Homeland Security to ensure there were protocols in place.” 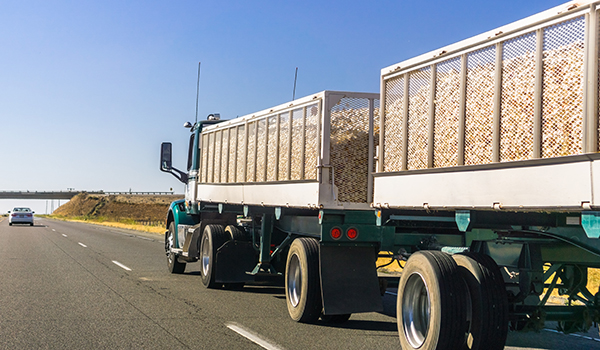 A truck with onions on the interstate. IFDA sent a letter to President Donald Trump spotlighting the financial hardship restaurants, schools and hotels face and how that flows downstream to food distributors. (Getty Images)

Food service distribution is normally a $280 billion industry, according to IFDA, which operates 15,000 distribution centers and has 350,000 workers nationwide. The industry operates more than 153,000 vehicles, including some of the largest private fleets in the country.

“Food service distributors are doing what they need to do,” Allen said. “They’re trimming costs where they can. They’re rightsizing the business or … moving more business into retail or other segments of the business that might be up and running. They have some levers to pull there, but it doesn’t take away all the financial strain.”

“It has had a huge impact on the food distribution business,” Allen said. “We’ve seen sales down anywhere from 15% to 50%. Liquidity has become an issue. Distributors need access to loans.

“We have been very active in fighting for recognition in the stimulus. We’re not looking for a handout, we’re just trying to ensure they can get loans.”