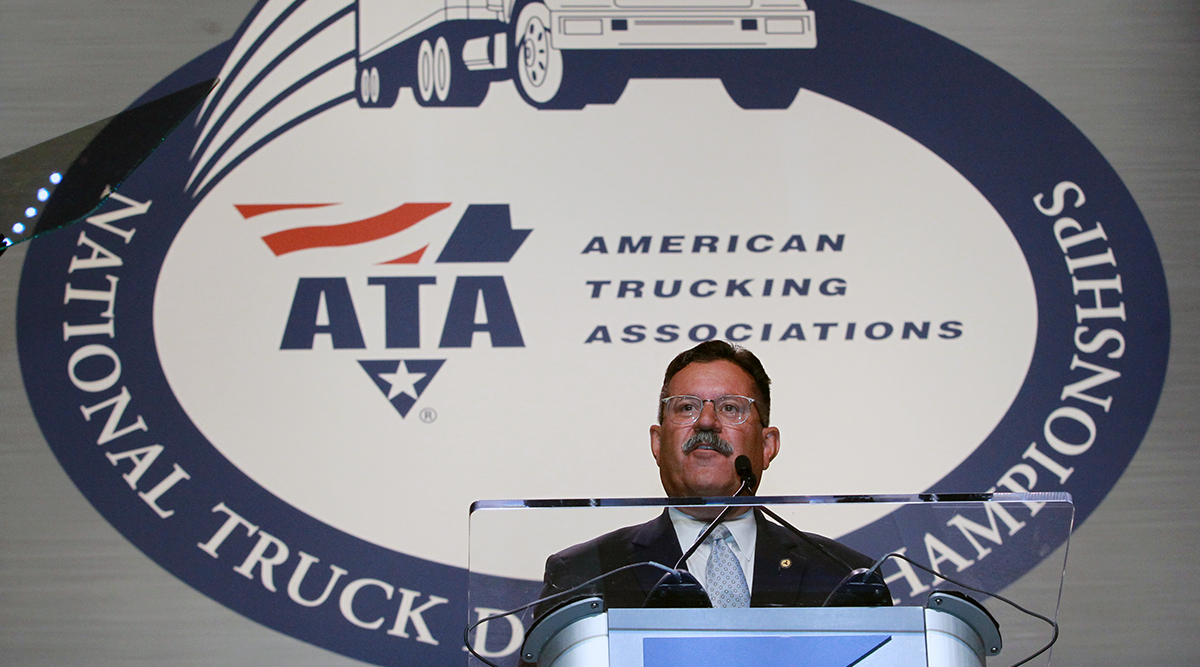 Martinez sat down with Transport Topics at the National Truck Driving Championships on Aug. 15, one day after the highly anticipated NPRM’s release. The proposal would allow truck drivers more flexibility with their 30-minute rest break and with dividing their time in the sleeper berth.

The proposal also would extend by two hours the duty time for drivers encountering adverse weather and extend the shorthaul exemption by lengthening the drivers’ maximum on-duty period from 12 hours to 14 hours and increasing the distance limit in which drivers can operate from 100 air miles to 150 air miles.

Martinez encouraged participation in the proposal’s 45-day public comment period, which will begin after it is published in the Federal Register.

I hope that people will comment. Don't assume this is a done deal.

FMCSA Administrator Ray Martinez, on the proposed changes to the hours-of-service regulations

The first listening session is scheduled for Aug. 23 at the Great American Trucking Show in Dallas.

In particular, Martinez said the revisions pertaining to the 30-minute rest break and the split sleeper berth represented two key issues the agency had heard concerns on.

As far as the release date — which fell on the first day of the biggest truck driving competition in the industry — Martinez said he didn’t have full control of the publication timing, as the proposal went through a lengthy review process at the Office of Management and Budget. He said that FMCSA, in its determination process, values input from drivers, carriers and safety directors. 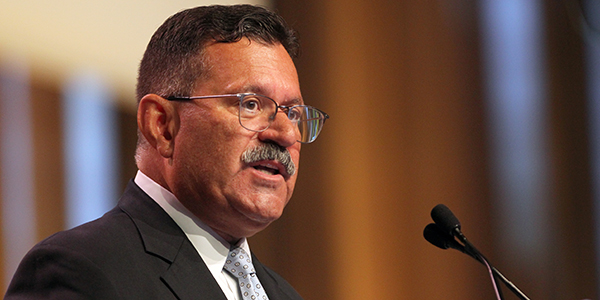 “I think it’s good that we’re here at a safety-focused competition because I think it highlights what this is all about. This proposed change in regulation is about safety,” Martinez said. “It’s what we’ve heard from the industry that adding more flexibility will not decrease safety; it will actually increase safety.”

In addition to HOS, Martinez discussed topics such as driver recruitment and training. FMCSA’s entry-level driver training rule takes effect in February 2020. Martinez said he can’t place a date on when the technological issues that have plagued the ELDT rollout will be resolved, but said he’s convinced that the sooner the program is moving smoothly, the better.

FMCSA has been active in exploring programs that would encourage drivers — especially young people and those with military backgrounds — to join the industry. The agency announced a pilot program June 3 that would allow people between the ages of 18 and 20 who possess the U.S. military equivalent of a commercial driver license to operate trucks in interstate commerce. In two weeks, Martinez plans to visit new recruits in Fort Leonard Wood, a military training base in Missouri, to ask them to consider participating.

One of Martinez’s goals when he was confirmed to his post in February 2018 was to change the relationship between the agency and the industry it regulates through honest engagement. During his tenure, FMCSA officials have demonstrated a willingness to gather feedback from the industry, hosting listening sessions and webinars and sifting through thousands of public comments online. Martinez said he will continue to lead efforts to connect with industry members.

“I’m hoping that by continued engagement, by showing that the FMCSA is not an adversary here [and] that we listen, that that shows good faith,” Martinez said. “We’ll continue to build on that relationship.”

The administrator added that he wants to focus more attention on truck parking. Drivers who are unable to find space at rest areas and run out of service hours sometimes park in unsafe locations, such as alongside highways.

“I think that needs to be addressed,” Martinez said. “I’m hopeful that, by tweaking some of the hours of service, maybe that’ll add some flexibility that will provide a little fluidity for drivers to plan their day a little bit better, but that’s not a panacea. There is a need for more parking.”