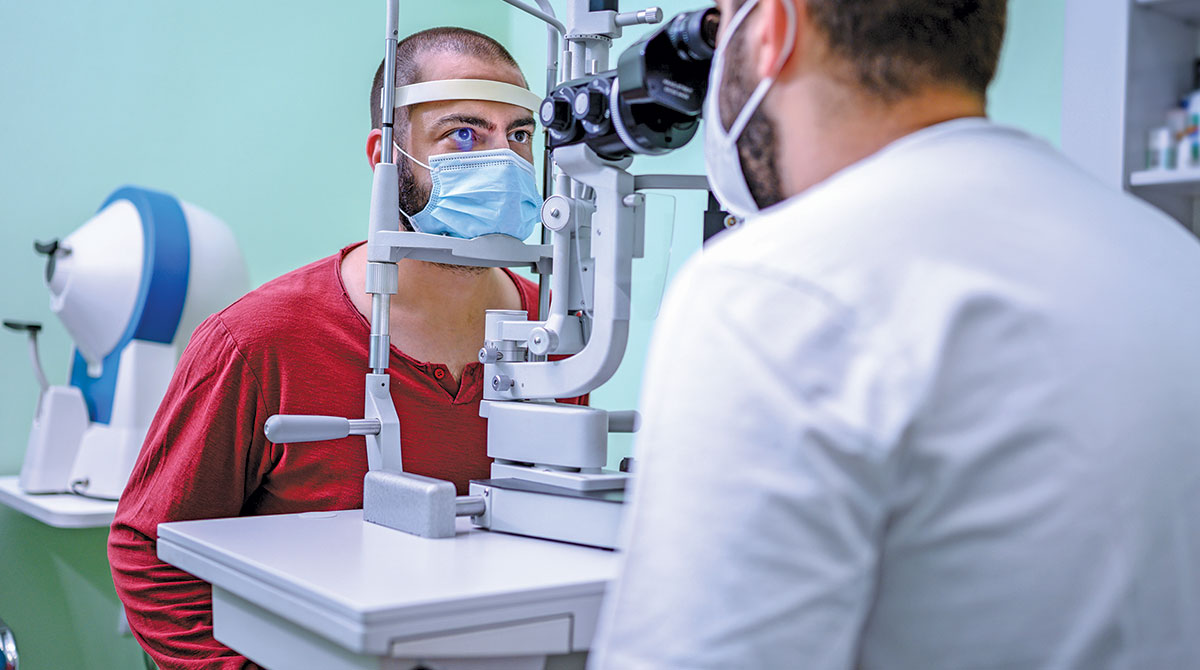 Federal trucking regulators have published a new vision standard that will remove the requirement that truck drivers with normal vision in only one eye seek an exemption from the agency.

In announcing the final rule on Jan. 21, the Federal Motor Carrier Safety Administration amended its regulations to specifically permit individuals “who do not satisfy, with the worse eye, either the existing distant visual acuity standard with corrective lenses or the field of vision standard, or both, to be physically qualified to operate a commercial motor vehicle in interstate commerce under specified conditions.”

The rule becomes effective on March 22, the agency said in a Federal Register post.

“With limited exceptions, individuals physically qualified under the alternative standard for the first time must satisfactorily complete a road test administered by the employing motor carrier before operating a CMV in interstate commerce,” FMCSA wrote. “This rule eliminates the need for the current federal vision exemption program, as well as the grandfather provision for drivers operating under the previously administered vision waiver study program.”

The previous vision standard, which dates to 1998, was known to take up to six months to complete. Currently, an estimated 1,967 drivers are vision exemption holders.

The agency said the new standard uses a “collaborative process” for a driver to be certified. Before an individual may be medically certified under the alternative vision standard, the individual must have a vision evaluation conducted by an ophthalmologist or optometrist. Then the ophthalmologist or optometrist records the findings from the vision evaluation and provides specific medical opinions on an agency Vision Evaluation Report.

After that, the medical examiner does an examination, considers the information provided on the vision report, and determines whether the driver meets the alternative vision standard, as well as FMCSA’s other physical qualification standards. The examiner can then issue a driver up to a 12-month maximum certification period that will ensure that a driver will be re-evaluated in a year to determine continued eligibility for driving.

In making the physical qualification determination, the medical examiner must consider the information in the Vision Evaluation Report from the eye doctor, and use “independent medical judgment” to apply the following four standards.

The new plan is similar to one put into effect in 2019 that removed the agency’s requirement that insulin-dependent diabetic drivers obtain an exemption to get behind-the-wheel. The alternate diabetes certification process has been working well, according to FMCSA officials.

The agency is seeking comments on the final rule no later than Feb. 22.

Of that total, 45 expressed support, the agency said.

“Common reasons cited for supporting the proposal include the following: The evidence shows monocular drivers are safe and have no adverse impact on safety; the rule would remove barriers to entry, create job opportunities, encourage more individuals to enter the workforce, keep experienced drivers and reduce the driver shortage,” the agency said.

FMCSA has long maintained that one of the rebuttals to many of the concerns it has heard is that there have not been any significant problems with monocular drivers in the last 30-plus years.

“This could lead one to conclude drivers with monocular vision are as safe as other drivers,” the agency said last year. “We remind readers that the data is either absent or conflicting regarding the safety of monocular drivers. With such a small percentage of drivers having monocular vision, this data will continue to be difficult to obtain in a statistically significant manner.”