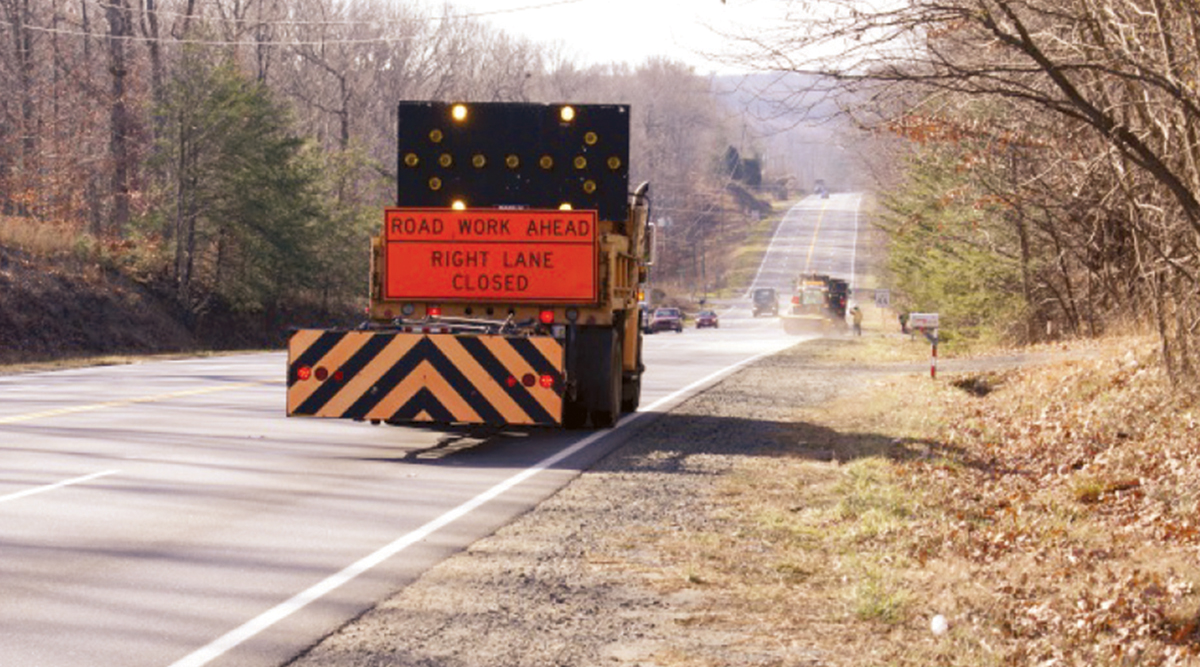 Currently, NDDOT uses a truck that has an attenuator mounted onto it and is operated by a human driver. (American Traffic Safety Services Association)

The North Dakota Department of Transportation will use a recently awarded federal grant to deploy an autonomous attenuator truck.

The Federal Highway Administration awarded NDDOT a grant of $241,687 through its Accelerated Innovation Deployment (AID) grant program Jan. 21. North Dakota is one of 10 states represented in this round of funding through the program, which encourages recipients to use technology to improve traffic management.

A crash attenuator is a device that’s meant to cushion the impact of a vehicle collision. It is often installed on the end of a guardrail. An attenuator truck, sometimes referred to as a crash truck, is stationed at the ends of work zones to protect laborers from collisions that may occur if vehicles approach them.

“[The attenuator] dampens or deflects that vehicle that’s coming into the work zone,” NDDOT engineer Travis Lutman told Transport Topics. “This is a big box, essentially, that is meant to deflect or absorb the impact of a crash so it doesn’t enter the work zone and hurt anybody.”

Currently, NDDOT uses a truck that has an attenuator mounted onto it and is operated by a human driver. Lutman explained that the department is using the FHWA grant to purchase autonomous vehicle technology so that a system can be created in which a human-operated lead vehicle can communicate with an autonomous, attenuator-equipped follower vehicle.

The follower vehicle would have no driver within the work zone, although Lutman noted a human operator would take over for transporting the vehicle to and from the work zone. He said the autonomous attenuator truck may be useful during a range of maintenance activities, such as lane striping, crack sealing and bridge cleaning.

One goal of the autonomous system is to improve safety for the person who typically manually operates the crash truck.

“We want to get him or her out of that vehicle, creating a safe work environment for them,” Lutman said.

Lutman said NDDOT will start deploying the technology in Fargo and will use it throughout the state as the demonstration progresses. Located on the border of North Dakota and Minnesota, Fargo is where interstates 94 and 29 intersect.

In addition to North Dakota, Alabama, Arkansas, Colorado, Florida, Illinois, Iowa, Michigan, Minnesota and New York received grant money from FHWA. In total, $8 million was divided across these states to help with a variety of bridge, technology and traffic management projects.

The Alabama Department of Transportation and the Baldwin County Highway Department received $1 million to assist with retrofitting bridges. Baldwin County is in southwest Alabama, directly across the bay from Mobile.

“These funds will help support our state and local partners across the country in their efforts to deliver more resilient roads, bridges and highways for the traveling public,” Federal Highway Administrator Nicole Nason said. “The grants being awarded today will help advance innovative transportation solutions to improve safety and mobility on America’s roadways.”