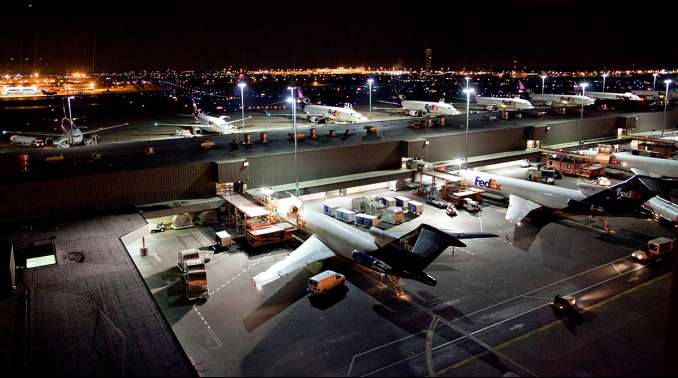 An airplane given to the Beavercreek City Schools by FedEx Express now will be used by Sinclair College students after the Greene County district found it would cost nearly $4 million to move and rehabilitate the plane.

FedEx Express, the air division, donated the plane to the Beavercreek schools in 2014 for use in science, technology, engineering and mathematics education.

Beavercreek donated the Boeing 727 jet to the city of Dayton for use by Sinclair students.

“It’s one of those storybook endings,” Beavercreek Superintendent Paul Otten said. “I think that when you look at that thing being flown in here years ago and what the intent was at that time, even though that has been modified, it’s kind of been a happy ending, I think, for everybody involved.”

State Education Department records show Beavercreek received a $984,000 Straight A Fund grant for the “Rethinking the Classroom: Learning Takes Flight!” program. Details of the program included moving the plane from James M. Cox Dayton International Airport to Shaw Elementary, according to the records. Initially, district officials said the jet would be moved to the campus of Wright State University.

“Once moved and remodeled, the STEM Jet will become a learning destination for students across the region,” the district wrote in the 2017 application.

District officials later found it would cost up to $3.9 million to move the plane and prepare it for educational use. The district said it kept the awarded grant money for aerospace technology instruction and donated the plane to the city of Dayton.

Clay Pittman, Sinclair College Department of Aviation Technology chairman, said he is working with the municipal airport to start running a portion of the college’s aviation maintenance program at the airport. Currently, students disassemble and reassemble airplane engines at the school’s downtown campus.

The plane will “allow them to work on larger-size engines, to actually be able to run some of the reciprocating engines that we have, to actually taxi airplanes on the airfield, to tow aircraft,” Pittman said. There are “a lot of benefits to being on an airfield that we really can’t take advantage of here at our downtown location.”

FedEx has donated retired aircraft to museums, airport fire departments, law enforcement departments, schools and universities since 1995. As of the 2014 donation to Beavercreek, 84 Boeing 727s had been donated by FedEx for different uses.

FedEx to Shrink Sunday Delivery Service to 50% of US