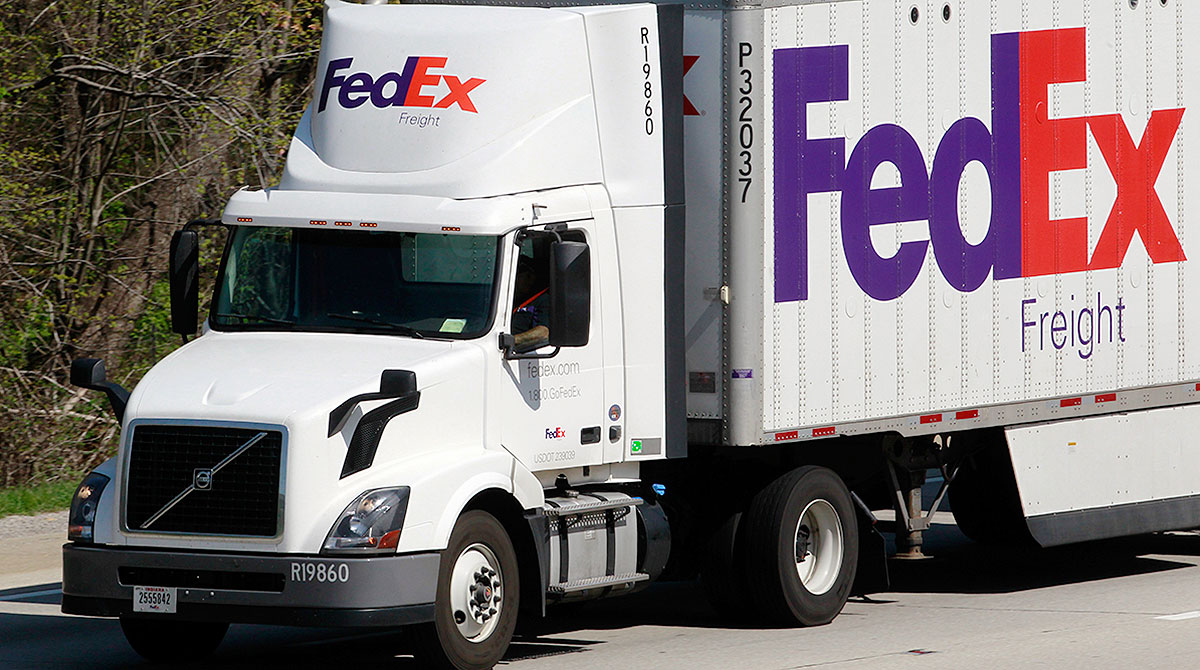 FedEx Corp.’s drive to reap the rewards of e-commerce is stirring anxiety among some of the company’s most important partners: the thousands of small businesses that handle its ground deliveries.

With profit under pressure, FedEx plans to start Sunday service, deliver more small parcels and update its network to improve handling of large packages. The courier also is requiring contractors to purchase hand-held computers from outside vendors, operate onboard cameras and take over the vetting of drivers. The ground folks still are wondering how much they’ll be reimbursed for the changes.

“Obviously, the future is pretty scary right now, with the e-commerce issues and what they’re going to pay,” said Tracy Toothman, whose Grand Rapids, Mich.-based company has delivered for FedEx since 1998, when the package giant expanded from air service to include ground deliveries. “The expenses have been going up exponentially. I’m just hoping the income will be there.” 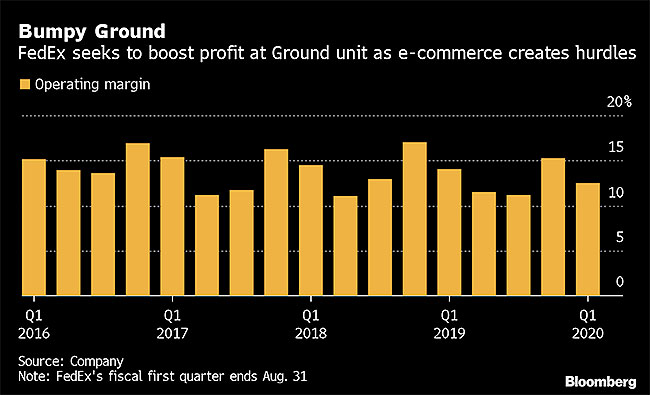 While contractors who have built their businesses around FedEx are unlikely to walk away because of the changes, getting their buy-in is crucial as the courier cuts ties with Amazon.com, battles UPS Inc. and tries to reverse a slumping stock price. E-commerce is spurring record deliveries, but profit margins are getting squeezed because the increase is mostly from homes getting single packages rather than from businesses receiving multiple parcels.

FedEx ranks No. 2 in the Transport Topics Top 100 list of the largest for-hire carriers in North America. UPS is No. 1.

FedEx’s total operating margin sank to 6.5% in fiscal 2018, down a percentage point from a year earlier. The figure last year for UPS, which relies on a unionized workforce of company drivers, was 9.8%.

“The margin compression is what Wall Street is focused on,” Loop Capital analyst Rick Paterson said.

He added, “They’ll be under a lot of pressure from Wall Street,” if FedEx’s margins get squeezed much more.

FedEx fell 2% this year through Oct. 25, compared with a 19% increase for UPS and a 22% advance for a Standard & Poor’s index of U.S. industrial companies. This year’s lackluster performance by FedEx comes after a 35% slide last year, piling pressure on CEO Fred Smith.

One pillar of FedEx’s drive to boost profitability is to boost package volume so that each driver can make more drop-offs along the same route. And the company is creating a separate network to handle such large items as treadmills and snowblowers, which gum up the flow of parcels.

But some of the needed investment will be shared by ground contractors, pressuring outfits that range in size from five-truck operations to businesses with fleets of nearly 300 vehicles. (The drivers that pick up and deliver for FedEx’s Express air operation are company employees.)

For example, a 26-foot box truck with a liftgate costs about $85,000 versus about $55,000 for a step van that’s suitable for small packages. The larger trucks may not be able to ply some narrow neighborhood streets. And while wages vary by region, contractors likely will have to pay 20% more for drivers who can handle larger trucks. They also will need to hire helpers, at about $12 an hour.

“We’ll have to take them and make a route for those large packages. I just hope there’s enough volume to make it worth it,” Charles Gambill, whose company operates 20 trucks near Huntsville, Ala., said recently at a gathering of FedEx independent service providers in Nashville, Tenn. “Change is hard. You either move with it or get out of the way.”

FedEx said the new initiatives would give contractors new opportunities for growth and efficiency, plus technology tools that will enable them to curb costs while handling surging deliveries from the rise of online shopping.

Another big change, coming in January, is the year-round addition of Sunday deliveries, which could get complicated for Jimmy Bender. The Cincinnati businessman will have to find drivers willing to work that day and may have to give up his own weekend entirely. He sacrificed his Saturdays when FedEx last year adopted six-day pickup and deliveries.

“The best part of my week is 4 p.m. on Saturday. Everybody is done and we can turn it off,” said Bender, who employs eight drivers and a manager. “They’ll say, ‘Why don’t you hire someone to do that?’ That’s easy to do, but they’re not guaranteed to stick around. So, it’s ultimately on me.”

Service providers also are unsure that an influx of lower-rate small packages will pay off. FedEx plans to take back daily delivery of the 2 million so-called SmartPost packages — often letter size — that had been handed off to the U.S. Postal Service for final delivery.

But contractors will earn less per SmartPost item and can’t be sure those deliveries will overlap with existing stops. Delivering an envelope two houses away from a home getting a 50-pound bag of dog food would work — 2 miles away, not so much.

“I’m trying to get my head around it,” said Ian Harding, who delivers FedEx Ground packages in Florida and employs about 25 drivers. “It’s very difficult to plan for your business and your forecasting if you don’t know precisely what impact that’s going to have.”

FedEx’s rates to contractors vary widely by location and are negotiated individually. But on an estimated basis, a contractor can expect about $1.50 per SmartPost parcel, compared with $2.70 for a conventional one.

The FedEx Ground model has worked because it offers contractors a powerful brand, growth and steady income: The company pays contractors weekly for delivered packages. Recognizing the disruption that its initiatives may cause, the Memphis, Tenn.-based company has increased outreach and hired Gallup to survey what providers think about FedEx and how it treats them.

Toothman, the Michigan-based provider, said his revenue has jumped 10-15% a year in the two decades he started working for FedEx. He now employs 47 people, has never had to cut jobs and doesn’t have to hire salespeople or advertise to drum up business.

“The key is to find a way to do it. We just have to be creative,” he said. “I’m confident it will work.”