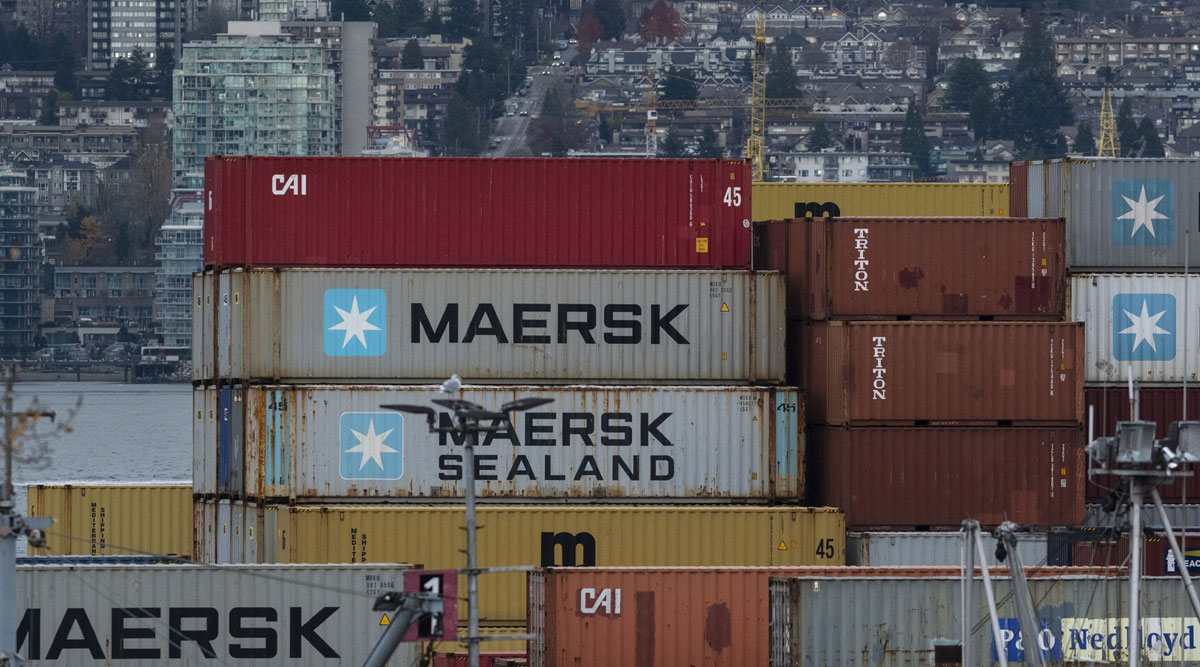 Containers sit at the Port of Vancouver in Vancouver, British Columbia, in November 2020. (Jennifer Gauthier/Bloomberg News)

The nation ran a surplus of C$1.4 billion ($1.1 billion) in January from a revised deficit of C$1.98 billion in December, Statistics Canada said March 5 in Ottawa. Economists were predicting a gap of C$1.4 billion. It marked the first time Canada has run a monthly trade surplus since May 2019, and represents the largest since 2014.

“The surprise trade surplus is a welcome development in what was expected to be a very challenging time for the economy,” Benjamin Reitzes, rates and macro strategist at the Bank of Montreal, said in a report to investors. “This is just another sign that the economy weathered the second wave impressively well.” 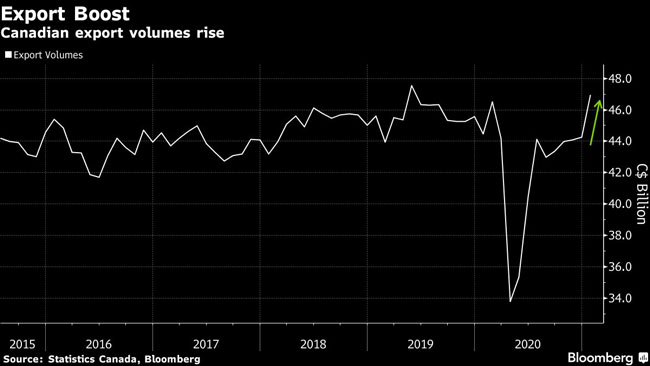 Exports rose 8.1% in January, versus a 0.9% increase in imports. Shipments of energy products were up 5.9% on rising oil prices. Non-energy exports increased 8.5%.

Canada’s trade deficit was running at historically elevated levels for much of last year, but the picture has changed sharply in recent months amid improving trade flows globally.

Merchandise trade with the U.S. was the big driver behind the gain in January. Shipments south of the border rose 11.3% to the highest value since September 2019. Aircraft and other transportation equipment rose 72.3% on the month. That was due to a Canadian airline retiring a large number of planes from its fleet and shipping them to the U.S., the agency said. Excluding that one-time gain, trade would be roughly balanced.

Monthly service exports were up 0.5% to $9.3 billion, versus a 2.7% increase in imports, Statistics Canada said.

Canada May Run Out of Warehouse Space This Year