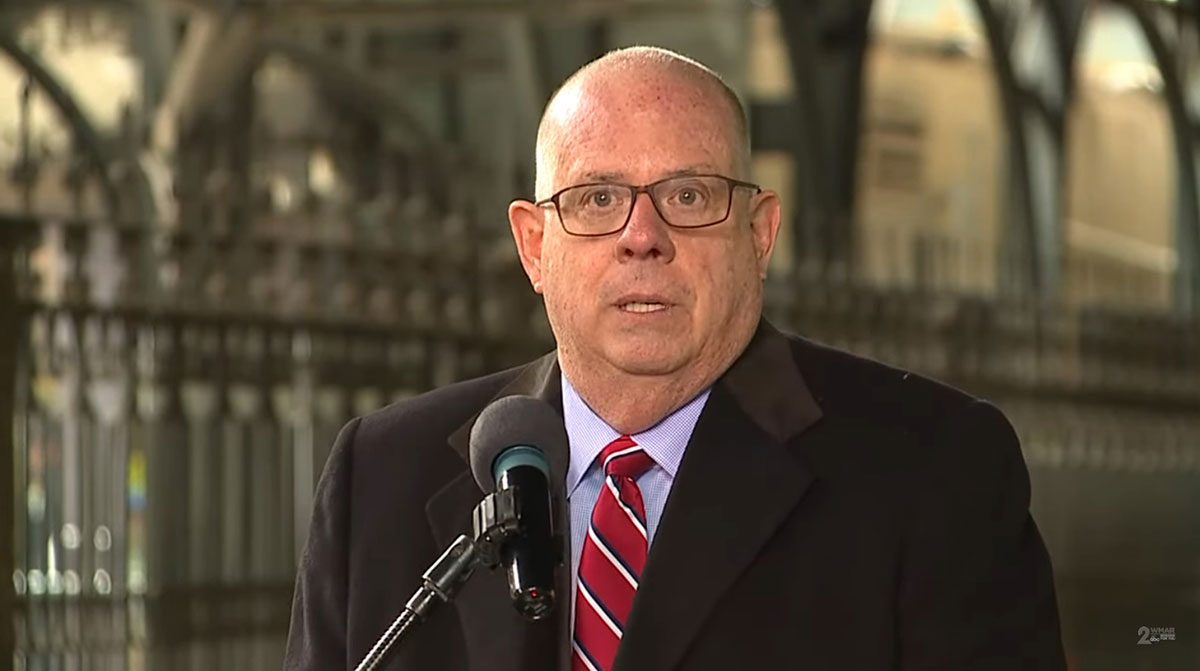 "This is a continuation of our concerted efforts to make the Port of Baltimore much more competitive with other ports for the extremely sought-after containerized cargo market," Maryland Gov. Larry Hogan says. (MAR-2 News via YouTube)

Federal officials, Maryland Gov. Larry Hogan and a host of other stakeholders said expansion of the 126-year-old, 1.7-mile Howard Street Tunnel in Baltimore is long overdue and one of the most critical infrastructure projects on the Eastern Seaboard.

On Nov. 29, officials held a ceremonial groundbreaking for the nearly $500 million project, which will significantly expand intermodal freight traffic in and out of the expanding Port of Baltimore and along with the East Coast CSX rail network.

“As we kick off the reconstruction of this Howard Street Tunnel, we are proving once again that investing in infrastructure is critical to our state and national economies and to the lives of everyday Marylanders and Americans,” Hogan said. “This is a continuation of our concerted efforts to make the Port of Baltimore much more competitive with other ports for the extremely sought-after containerized cargo market. It is an absolute game-changer, not just for Maryland, but for the entire region.”

The expansion also will revamp the tunnel, add capacity at three Baltimore bridges and improve access at 19 other locations on the heavily traveled stretch of tracks between Baltimore and Philadelphia, allowing additional room for trains with double-stacked containers traveling to and from the Port of Baltimore. Currently, only single-stacked containers can run on the tracks because of tunnel height restrictions.

“Expansion of the Howard Street Tunnel has been a goal for decades because we know what it means for jobs and economic growth. Today, it’s becoming a reality because of the leadership of Gov. Hogan and the hard work, vision and collaboration of all the partners — MDOT, CSX the U.S. Department of Transportation and Baltimore,” Maryland Transportation Secretary Greg Slater said. “Freight rail is an essential link in the nation’s supply chain. This investment strengthens that link for generations to come, and positions the Port of Baltimore as the primary hub for the East Coast and a major conduit for goods moving across America.” 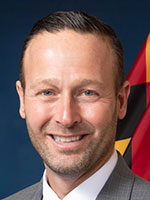 The expanded tunnel is expected to initially increase traffic at the port by 160,000 containers annually and create more than 14,000 jobs.

Introduced in North America in 1984, double-stacked containers are increasingly common, being used for nearly 70% of U.S. intermodal shipments. Using this technology, a freight train of a given length can carry about twice as many containers, sharply reducing its costs per container.

The Howard Street tunnel is 19 feet, 6 inches tall, making it just 18 inches less than needed to accommodate the vertically larger, double-stacked trains. Engineers have developed a unique plan to expand the tunnel by lowering the floor and trimming and notching its ceiling, which they say will provide the additional clearance for the double-stack railcars. The construction crew also will use steel crossties, which have a lower profile than wood crossties, according to CSX and the state Department of Transportation.

“So, you lower the tracks where you can, and you notch the top of the tunnel where you can to make sure it is safe and bring it up today’s code,” Slater said.

The port has seen a flurry of activity recently. Earlier this year, workers completed a dredging project to create a second, 50-foot channel to berth larger cargo ships. It also took delivery of four new larger cranes to unload those ships faster. The dredging, cranes and other expansion are part of a $166 million terminal upgrade to make Baltimore more competitive with other rapidly expanding facilities on the East Coast, including the Port of Savannah, Ga., and the Port of Charleston, S.C.

“We recognize the future of this port, which has so many advantages because we are inland and we are a great location, but we had a bottleneck here because we couldn’t double stack, and we had to get that corrected,” said U.S. Sen. Ben Cardin (D-Md.)

On Nov. 10, President Joe Biden stopped at the facility to promote the $1.2 trillion infrastructure legislation and the $17 billion in funding earmarked for port projects.

The groundbreaking took place after seven years of negotiations with CSX Corp., federal and state officials, and others on who would pay for the project and ways to reduce its cost.

Initially, estimates to deepen the tunnel were well more than $1 billion, but that involved extensive changes that engineers determined could be avoided using the technology they have settled on now.

The project’s environmental review was approved earlier this year, and proponents say the increased rail capacity will reduce truck congestion along the Interstate 95 corridor.

Officials say the revamped tunnel will open in 2025, and during construction, rail-traffic disruptions are expected to be minimal.