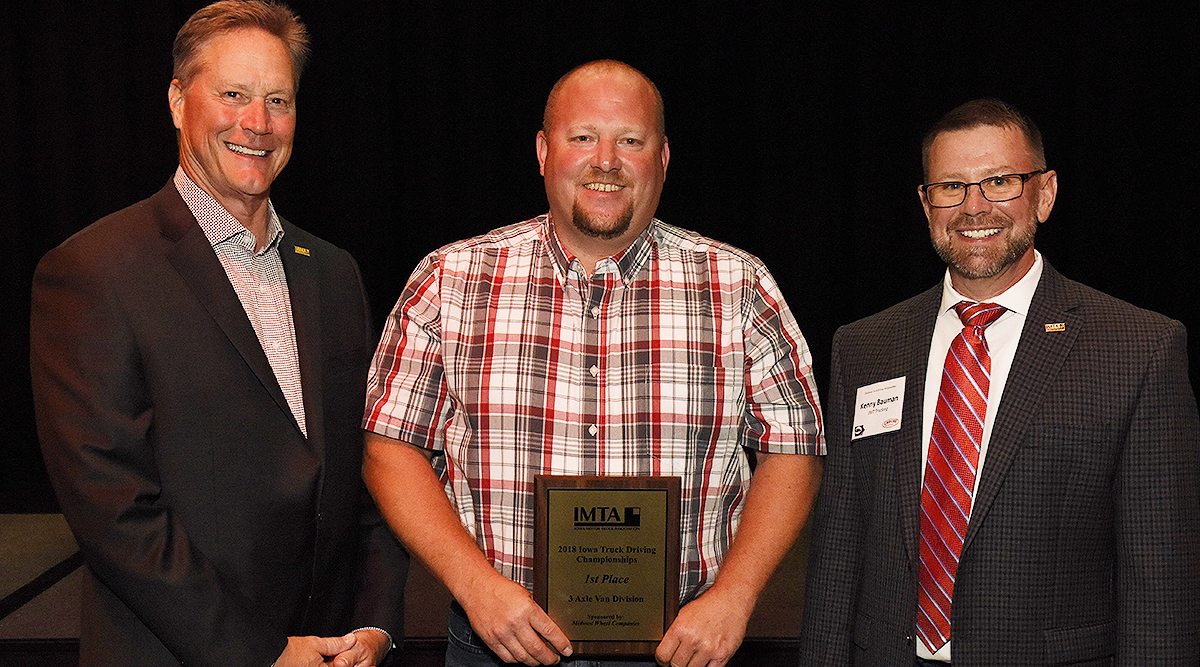 Walmart Transportation’s Jim Stinemates is a five-time Iowa Truck Driving Grand Champion. After having surgery earlier this year, he’s sitting out the 2019 competition, which is being held June 13-14 at the Prairie Meadows Casino, Racetrack & Hotel in Altoona. However, Stinemates will be at the event.

“Jim has volunteered to work the event this year, so he will be a Class Coordinator,” said Don Elgi, director of safety and security for the Iowa Motor Truck Association. “But after being named Grand Champion in 2016, 2015, 2012, 2011 and 2009, perhaps some of the other drivers will breathe a little easier with him out of the running,” Elgi joked.

Last year’s Grand Champion, Jerry Beckman, also of Walmart Transportation, will compete, along with six other class winners from 2018. Beckman won the highest honor out of the 3-Axle class. In all, 100 drivers are registered and more than 80 volunteers are helping out with the festivities.

“I know that some states often have to cancel a class due to lack enough of entries, but we have always had enough drivers in each class,” Elgi said. “This year, our smallest class is Straight Truck with six drivers.”

Seventy-two of the 100 drivers have competed at the Iowa event before, “so they’re all hard competitors,” Elgi said.

“Also, don’t rule out the 28 rookies that are coming this year. They all come to take part in the event, showcase their skills, represent their company, see old friends and make some new friendships, but they all also come to win.”

Camaraderie and making all drivers feel welcome and relaxed is one of the goals of Iowa’s event.

“On Thursday, we have an activity where we mix up the teams and have them work on something as a team,” Elgi said. “Things such as coming up with a marketing slogan, recording a video on why they chose to be a truck driver — something to get them to meet drivers from other company teams and to break the ice a little and calm the nerves.”

Thursday night activities include a barbecue and driver recognition ceremony.

“Our Iowa TDC is one of our most important events of the year,” Elgi said. “Not only does it give us a chance to showcase the industry and promote safety, it’s one of the best ways we can recognize the great drivers of Iowa for the professional jobs that they do every day. … We’re pretty proud of our event and work diligently to ensure that all drivers leave feeling like they are appreciated.”

CEOs, legislators and media members can even get in on the fun with driving challenges.