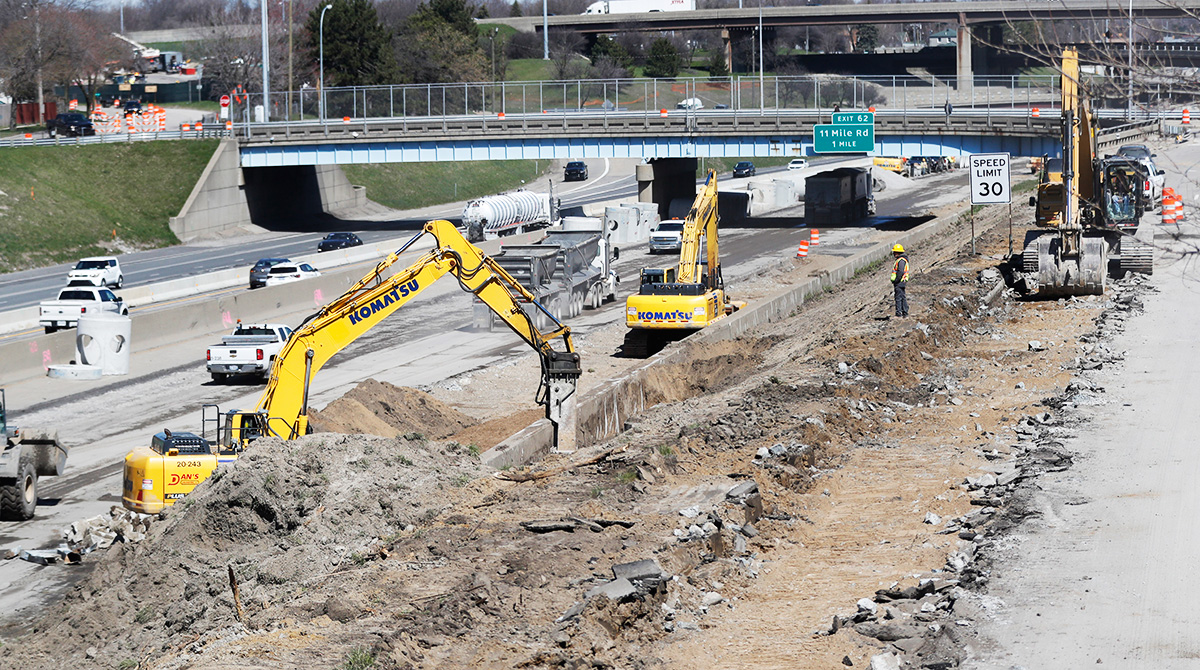 Work continues on the I-75 project in Hazel Park, Mich. (Carlos Osorio/AP)

House Democrats’ $1.5 trillion infrastructure proposal that has reached the floor of the chamber drew criticism from the top Republican on the Senate’s highway policy panel.

“What the House has passed is really a testament to their love affair with red tape and the Green New Deal. It is a road to nowhere,” Barrasso told Fox Business on June 29. “They left the Republicans completely out of it. There’s nothing bipartisan about it. It is completely partisan.”

Many House Republicans have echoed Barrasso’s sentiment. Additionally, the White House announced its opposition to the Democratic measure.

In addition to authorizing funds for affordable housing and access to broadband, the House bill incorporates a $494 billion highway policy measure. The highway policy section would update the 2015 FAST Act highway law that expires in September.

“The administration strongly supports improving the nation’s infrastructure, but this bill is problematic for several reasons,” according to a statement issued by the Office of Management and Budget on June 29. “It is heavily biased against rural America. It also appears to be entirely debt-financed. And it fails to tackle the issue of unnecessary permitting delays, which are one of the most significant impediments to improving our infrastructure.”

Last year, the EPW committee advanced a five-year highway bill that would propose streamlining aspects of the environmental permitting process. Missing from the bill is input from committees responsible for transit, freight and tax policies. Neither the House nor the Senate has considered a sustainable system for ensuring the long-term funding for highway programs.

President Donald Trump, meanwhile, has yet to announce an infrastructure plan even as he briefly suggested earlier this year borrowing $2 trillion to back infrastructure projects.