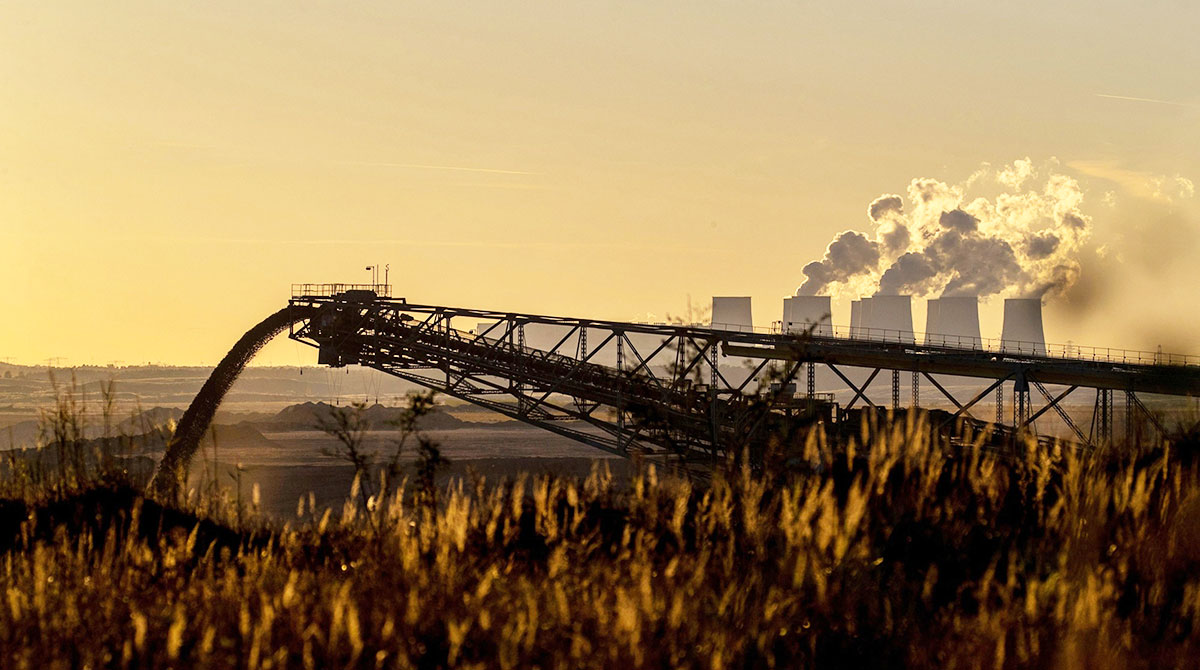 Europe is growing increasingly reliant on coal to keep the lights on as the weather turns cold, sending the cost of polluting to a record.

Carbon prices exceeded 70 euros for the first time ever as utilities turn to the dirtiest of fossil fuels. Power plants in the U.K. are burning the most coal since the beginning of March to keep the lights on as cooler-than-normal weather and sub-zero temperatures are forecast for major cities this week.

Europe is facing an energy crisis as economies emerge from the pandemic and people return to the office. That’s boosting demand at a time supplies remain limited. Years of reduced investments in fossil fuels has combined with low wind speeds this year to send gas, power and carbon prices to records.

With shortages of natural gas sending prices quadrupling this year, traders are preparing to burn more coal this winter, and that will require more pollution permits. At the same time, the European Union has increased its climate ambitions, vowing to cut emissions faster this decade. That means the carbon price will have to increase more quickly. 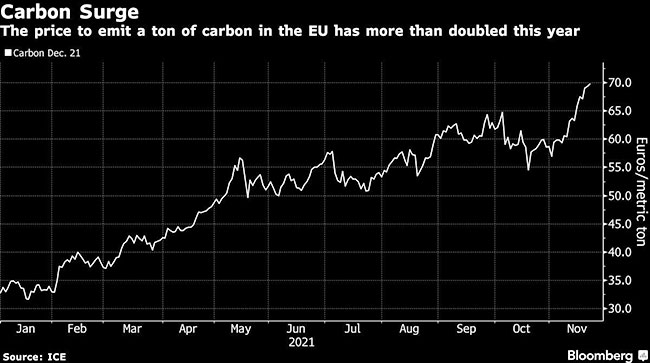 “Our current gas-to-coal switching curve points to the fact that Europe will be burning coal at least until March 2023, thus increasing CO2 emission,” analysts at ClearBlue Markets wrote in an emailed note.

Prices have more than doubled this year. BloombergNEF expect carbon to cost more than 100 euros per ton by 2030.

The rally in energy prices is bringing down some gas and power suppliers, many of which sold energy at fixed prices before the rally. Bulb, one of the U.K.’s biggest domestic energy retailers, cited high gas prices as part of the reason why it had to go into a process that will see the firm nationalized by the British government.

Carbon has also gained a boost after the COP26 talks in Scotland reached an agreement to create a global market, endorsing emissions trading as a solution to tackle global warming. The EU’s market watchdog, the European Securities and Markets Authority, also dismissed concern over abuse and the role of speculative investors in emissions trading in a report last week.

“Market participants continued to attribute the strong bullish rally of emissions prices to technical and option trading, possibly strengthened by the ESMA’s report,” Engie EnergyScan said in a report Nov. 22.

Carbon rose even as gas prices dropped for a second day amid increased concerns that a fresh wave of the COVID-19 pandemic in Europe would lead to more nations going into lockdown.

Concerns that Austria — and possibly the Netherlands in coming weeks — will impose restrictions on movement to curb the spread of the virus are pushing gas prices lower, said Hans van Cleef, a senior energy economist at ABN Amro.

The weather forecast for next week has also turned milder, indicating the current cold snap will be shorter and less deep than expected. That’s helping to allay fears of gas shortages across western Europe. More wind power in the coming days after a period of low generation is also easing pressure on gas prices, said van Cleef.