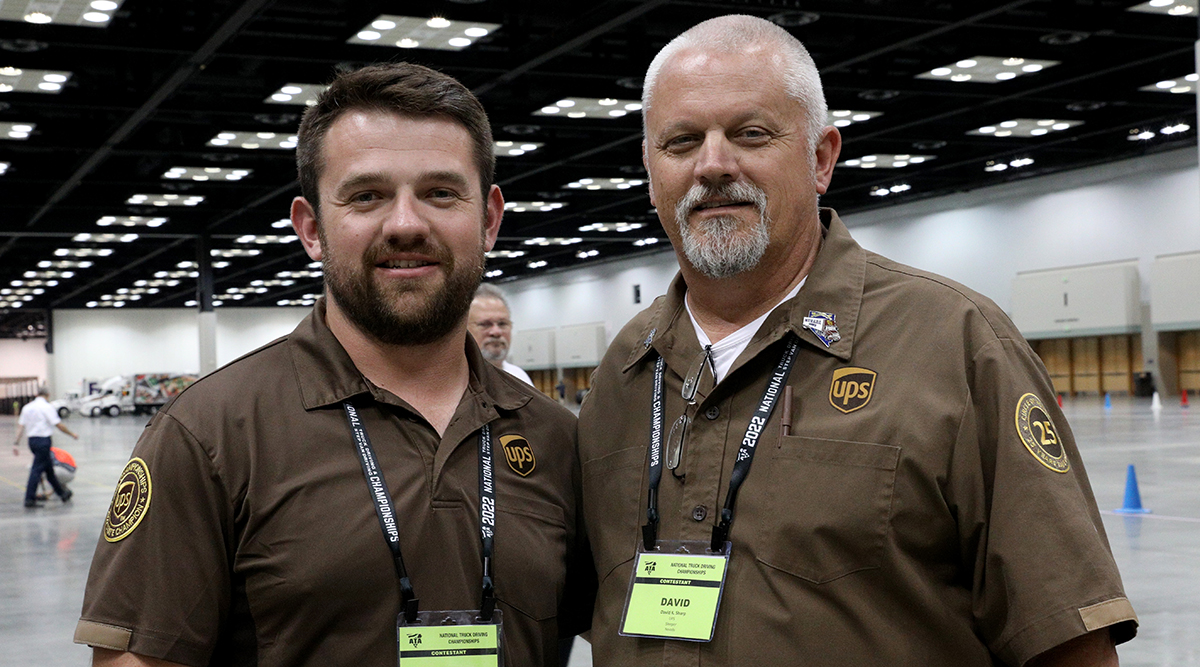 INDIANAPOLIS — As Aaron Sharp watched the parade of competitors taking their place on the floor of the Indiana Convention Center for the National Truck Driving Championships’ “Walk of Champions” Aug. 19, he kept his eyes peeled for one participant in particular — his father, David Sharp.

While neither of the UPS drivers from Reno, Nev., won their category, they did achieve a noteworthy distinction as the only father-son duo among the event’s 408 qualifiers.

“That makes me feel great. I’m really proud of my son,” the elder Sharp said after the parade. “He really did good yesterday. I think he’s got a bright future in doing this.”

David’s colleagues from Nevada helped mentor Aaron throughout the year. “[Aaron] really fell in love with it. And he’s an excellent driver,” David said.

Aaron said despite some anxiety he really enjoyed participating in nationals. His favorite aspect: “The driving. It’s been fun. The course has been difficult.”

David’s favorite aspect was simply “spending the time with my son and enjoying it with him.”

Nationals were held Aug. 16-19 after a two-year hiatus because of COVID-19. “It’s great that we get to do this again. We missed it; it was gone for two years,” David said.

Asked who is the better driver, a tentative smile spread across his face: “Well, obviously my son,” David said.

“He beat me at state and at nationals this year,” he said, and “at state he beat me by five points for the grand champion.”

NTDC Finals Have a Familiar Feel