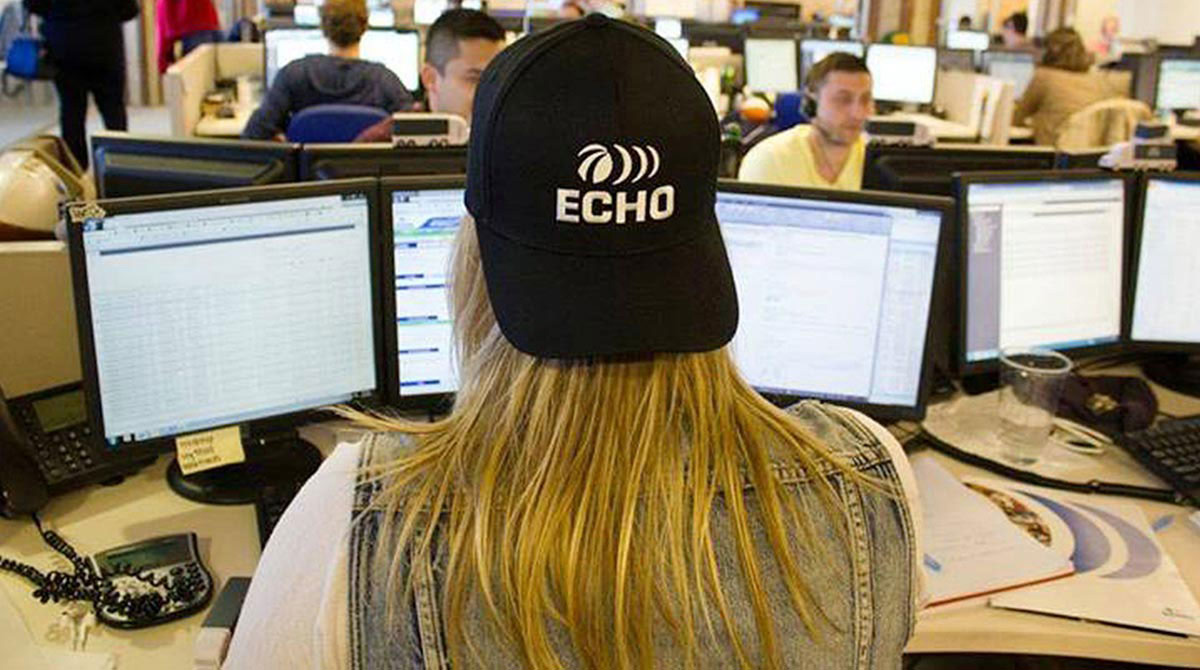 Echo Global Logistics reported large gains in both income and profit for the second quarter as it experienced record performance in both its managed transportation and brokerage businesses.

The Chicago-based logistics company said net income soared to $18.4 million from $1 million in the same quarter a year earlier. Diluted earnings per share rose to 69 cents from 4 cents.

The company set multiple quarterly records during the period, including its top-line revenue total and sales in its managed transportation, brokerage and less-than-truckload businesses.

“We remain very encouraged by our record results thus far this year, as they demonstrate the value we are creating for both our shippers and carrier partners. In turn, this is driving our ability to continue winning new business and capture market share,” Pete Rogers, Echo’s CFO, said in a July 28 news release.

“Echo’s record-setting second-quarter results reflect strong execution across our uniquely flexible business model and its ability to create significant value for our customers in the robust yet constrained freight environment,” Echo CEO Doug Waggoner said in a statement. The company saw some expenses rise during the quarter. General and administrative costs, for example, increased due to head count growth and higher incentive compensation.

During a presentation for industry analysts, Echo’s management said that it expects the freight environment to remain strong throughout 2021 and into next year. The industry will continue to see capacity restraints, and rates will remain high.

The company wants to grow its large truckload accounts by expanding its relationships with existing brokerage customers for contractual freight, management said during the presentation. It also is looking for strategic acquisitions.

Rogers said Echo expects to log gains for the rest of the year.

“Given the strong start to the first half of the year and solid market fundamentals, we are expecting revenue for the third quarter to be between $910 million and $940 million, representing 34% year-over-year growth at the midpoint,” he said.

Echo raised its full-year revenue guidance to between $3.45 billion and $3.55 billion, representing 39% year-over-year growth and an 8% increase from its previous guidance.

Echo ranks No. 19 on the Transport Topics Top 50 list of the largest logistics companies in North America.