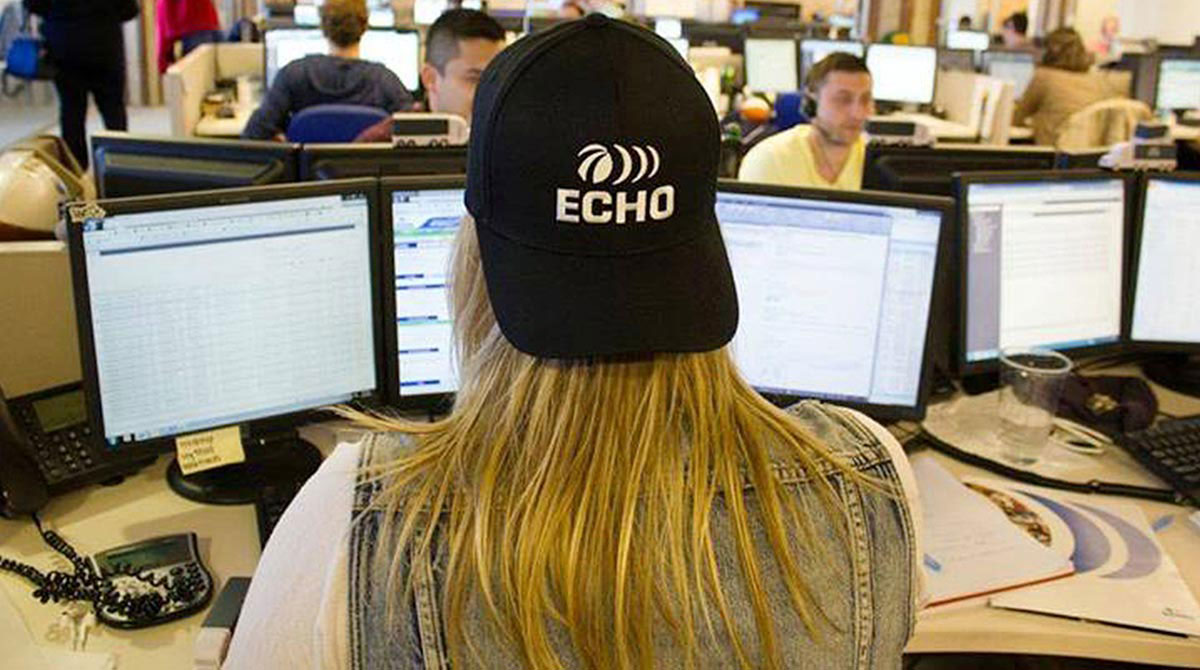 The Chicago-based logistics company said net income rose 40.8% to $6.8 million, or 26 cents per diluted share, from $4.8 million, or 18 cents, in the same period a year earlier.

“The third quarter was Echo’s strongest quarter ever in both revenue and volume,” Doug Waggoner, Echo CEO, said during an Oct. 28 conference call with investors and analysts.

But it also was a challenging quarter as spot shipping rates soared and freight volume rose.

“As recently as last week, we saw an increase in demand from shippers while the supply of capacity has not correspondingly expanded. This obviously creates upward pressure on prices. It also creates an environment where shippers find it increasingly difficult to find a truck,” Waggoner said.

He said the volatile environment proved how well the logistics company could serve its clients by arranging freight services, he said.

“Not only did we do a great job of living up to our shipper commitments in our contracts, but we also found them a lot of additional capacity in the spot markets,” Waggoner said.

That execution contributed to the profitable quarter and revenue growth, he said.

Many segments of the economy are rebounding from the recession caused by the COVID-19 pandemic, said David Menzel, Echo’s president and COO.

“Industrial and distribution has been very strong as well as packaging, retail food and big-box. We have seen a nice comeback on the small biz side,” Menzel said. But a growing economy also presents challenges for trucking and logistics, he said.

“Clearly capacity has not expanded as rapidly as freight demand. The primary culprit seems to be the ongoing dilemma of the driver shortage exacerbated by the impacts of COVID-19. Drivers are more reluctant to be away from home for extended periods of time,” Menzel said. That has contributed to a steep runup in trucking rates.

“The magnitude of the truckload pricing increased in just three short months has never been greater. Our truckload cost per shipment increased by 29% sequentially, which is almost two times the largest sequential change we’ve ever experienced in the past,” Menzel said.

Echo is hiring again after cutting its workforce at the start of the pandemic. Its employment has returned to nearly the same level it had at this time last year, standing just 90 positions lower at 2,513.

The company estimates fourth-quarter revenue to be between $675 million and $725 million.