During Shutdown, NTSB Didn’t Send Investigators to Many Fatal Accidents 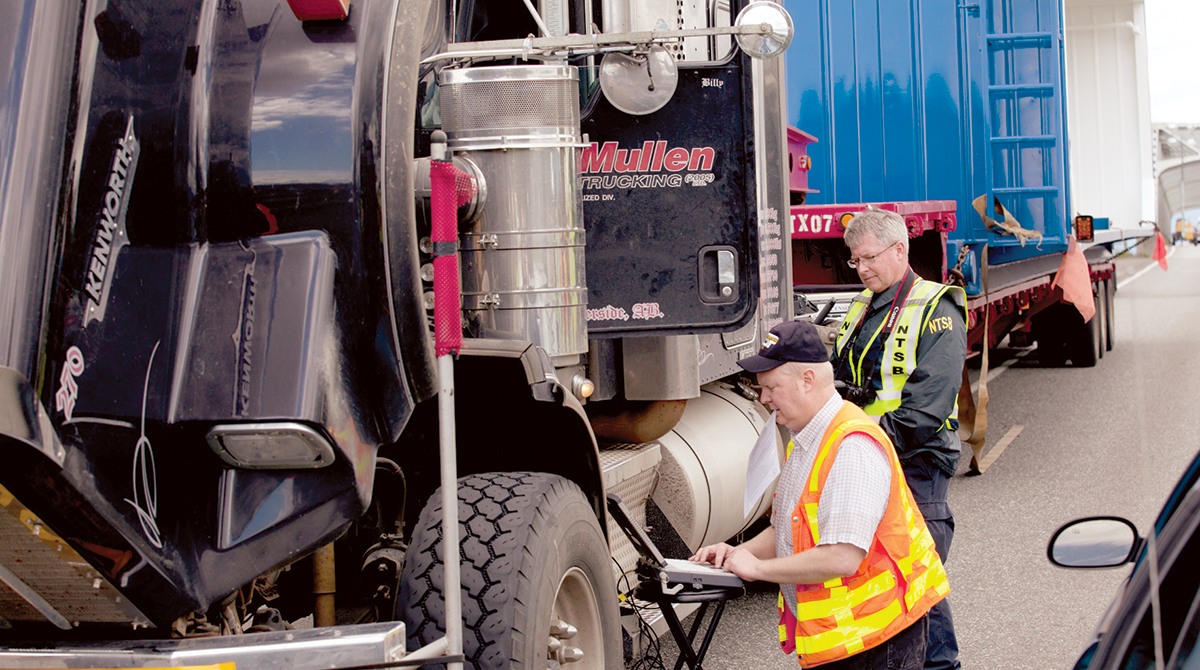 NTSB investigator Robert Squire supervises the downloading of critical data from the truck involved in a bridge collapse in Mount Vernon, Wash., in 2016. (NTSB)

The National Transportation Safety Board said that during the 35-day partial government shutdown it was unable to dispatch investigators to multiple instances of fatal accidents.

During the shutdown, of the 397 agency staff, 367 employees were furloughed, 26 employees were excepted and four investigators were recalled and worked without pay to support investigations of three international aviation accidents.

The independent agency said its employees returned to work on Jan. 28, resuming normal operations and developing plans to address the work “that could not be accomplished during the partial shutdown of government.”

“The 22 accidents in which the NTSB did not launch investigations, but would have if not for the partial shutdown, may not result in investigators physically visiting the accident sites, and, it is possible that perishable evidence may have been lost, which potentially could prevent determination of probable cause for those accidents,” the agency said in a Jan. 28 statement. The agency said it still intends to take investigative action.

In addition, NTSB said there were six accidents in which it did not gather evidence to determine if an investigation was warranted, including:

The agency also said that during the partial shutdown, work stopped on: