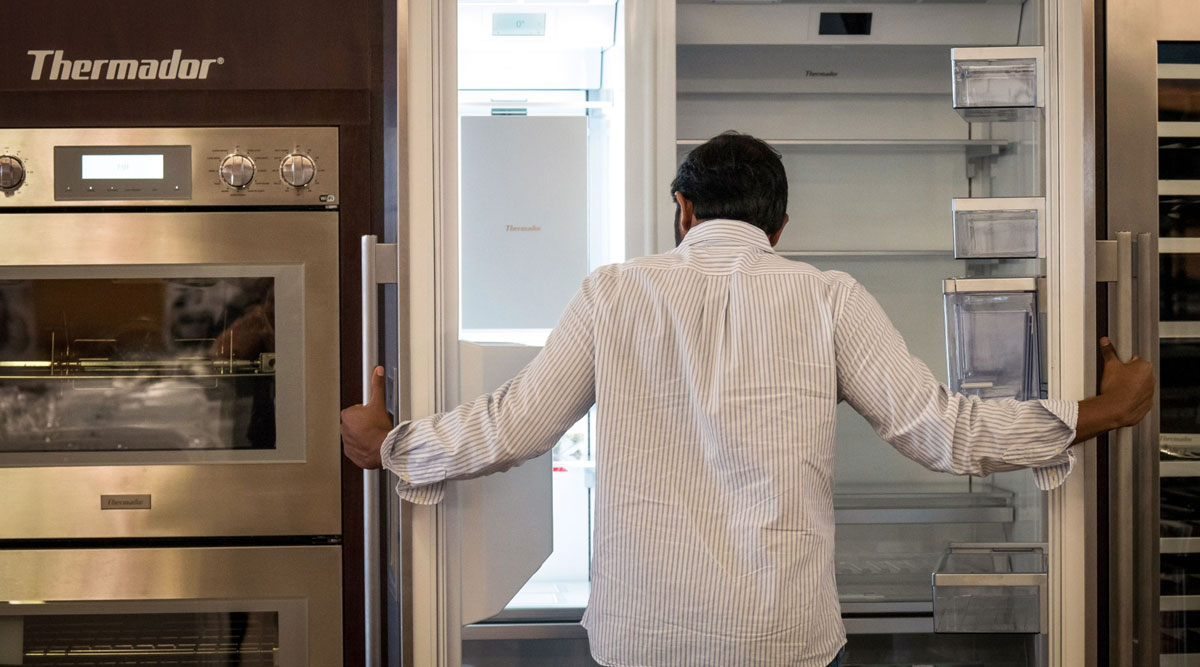 A customer views a refrigerator displayed for sale at an appliance story in San Jose, Calif. (David Paul Morris/Bloomberg News)

U.S. orders for durable goods increased in August at a slower pace than expected, restrained by declines in bookings for motor vehicles and military equipment, though a gauge of business investment rose more than forecast.

Bookings for durable goods — or items meant to last at least three years — increased 0.4% from the prior month after an upwardly revised 11.7% jump in July, Commerce Department data showed Sept. 25. The median estimate in a Bloomberg survey of economists called for a 1.5% gain in August.

Core capital goods orders, a category that excludes aircraft and military hardware and is seen as a barometer of business investment, rose 1.8%, after an upwardly revised 2.5% gain.

The value of core business goods orders climbed to a two-year high and was boosted in August by further gains in machinery, computers and communications equipment. The figures suggest the manufacturing sector continues to rebound from its pandemic lows as companies replenish inventories, though the pace of orders growth is decelerating. 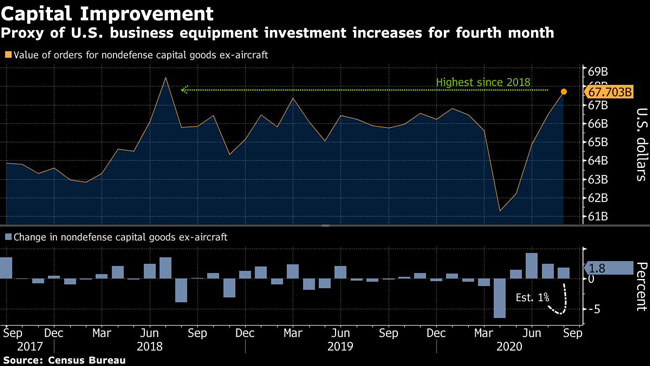 “Just as has been the case for consumer spending, business outlays for equipment have snapped back faster and more vigorously than virtually anyone could have hoped for when the lockdowns began,” Stephen Stanley, chief economist at Amherst Pierpont Securities, said in a note.

Stocks fell in early trade amid an uncertain outlook for a new fiscal stimulus package, while the dollar rose.

The value of durable goods inventories fell 0.1% in August to an 11-month low of $420.5 billion, suggesting further gains in factory output.

Other manufacturing gauges have been upbeat. The Institute for Supply Management’s manufacturing index expanded in August at the fastest pace since late 2018, powered by growth in new orders. Looking ahead to September, a preliminary reading from IHS Markit showed its factory gauge rising to the highest level since January 2019.

Shipments of core capital goods increased 1.5% in August from the prior month, also exceeding forecasts, after a 2.8% gain.

At the same time, orders for motor vehicles and parts fell 4% after a 21.7% jump in July and an 85.4% surge in June. Excluding transportation, durable goods orders climbed 0.4% in August, less than expected.

As the pandemic stretches on, the airline industry remains extremely depressed. Orders for civilian aircraft and parts were negative, continuing to reflect ongoing cancellations. U.S. planemaker Boeing Co. reported eight orders in August, up from none in July, but the company has received hundreds of cancellations this year weighing on total factory output.

US Durable Goods Orders Rise 2.3% in May

Orders for Big-Ticket Manufactured Goods Up 0.9% in November

Orders for US Durable Goods Climb 3.4% in January