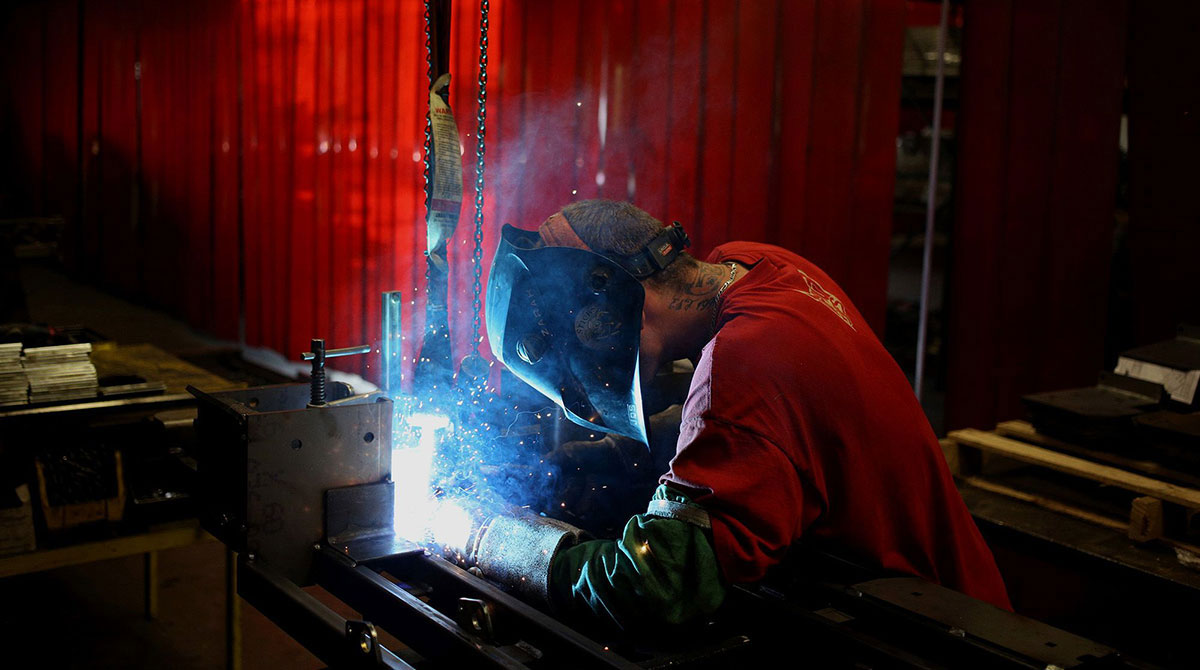 A worker welds a lawnmower frame together on the assembly line at a facility in Coatesville, Ind. (Luke Sharrett/Bloomberg)

Orders placed with U.S. factories for core capital goods rose by more than expected in July, pointing to sustained demand for equipment despite higher interest rates and concerns about a weakening economy.

The value of core capital goods orders, a proxy for investment in equipment that excludes aircraft and military hardware, rose 0.4% after an upwardly revised 0.9% advance, Commerce Department figures showed Aug. 24. The data isn't adjusted for inflation.

Bookings for durable goods — items meant to last at least three years — were little changed in July, missing estimates for a sizable gain as defense bookings weighed on the figure. The reading followed a revised 2.2% advance in June.

Economists in a Bloomberg survey had called for an 0.8% increase in overall orders and an 0.3% rise in the core figure.

The data suggests that firms are still investing in longer-term technology and equipment, likely due in part to ongoing labor shortages. In the coming months, however, durable goods orders could weaken amid higher borrowing costs and growing uncertainty about the U.S. economic outlook.

Separate data Aug. 23 showed a measure of manufacturing output slipped to the lowest level in more than two years, adding to concerns about the health of the overall economy.

Orders increased in July for computers and communications equipment, as well as fabricated metals and machinery. Meantime, primary metals and electrical equipment declined.

Bookings for commercial aircraft climbed 14.5%, the government data showed. Boeing Co. reported 130 orders in July, up from 50 in June. While often helpful to compare the two, aircraft orders are volatile and the government data doesn’t always correlate with the company’s monthly figures.

Core capital goods shipments, a figure that is used to help calculate equipment investment in the government’s gross domestic product report, increased 0.7% in July after a 0.8% jump a month earlier.

— With assistance from Jordan Yadoo and Reade Pickert.