This story appears in the June 13 print edition of Transport Topics.

On a late afternoon in March, state troopers found truck driver Yakov Zaverukha lying on his back in a mud puddle beside his big rig that was stuck in a ditch just off Interstate 57 in central Illinois.

Suspecting that he was drunk, officers gave the 52-year-old driver a sobriety test and a breathalyzer test. The breathalyzer registered .308%, seven times the legal limit. 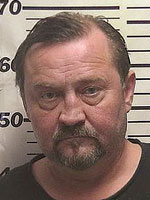 He was “staggering, stumbling, swaying, fell asleep several times and could not walk without assistance,” an Illinois State Police report read.

After hauling him to jail on DUI charges, investigators discovered that it was Zaverukha’s fourth alcohol-related incident while driving a commercial motor vehicle in less than a decade. He also was driving with a suspended license.

Four days later, he was served with a federal order declaring him an imminent hazard to public safety.

The Federal Motor Carrier Safety Administration said his record of alcohol violations while driving a truck dated to 2007 in Massachusetts and as recent as 2012 in Connecticut.

The incident magnifies the inconsistency of keeping truck drivers with safety infractions from behind the wheel.

Those familiar with the federal and state system of checks and balances for commercial motor vehicle driver violations said a case such as Zaverukha’s could be caused by a failure of an employer or insurance carrier to conduct a thorough background check, a state’s failure to transmit a violation to his home state or a “data gap” between state and federal regulators.

Or, all of the above.

Collin Mooney, executive director of the Commercial Vehicle Safety Alliance, said the facts surrounding the Zaverukha case suggest that he was not adequately vetted.

Mooney said that there are systemic “data gaps” in reporting serious violations to federal regulators — which is that state and federal technology systems too often fail to talk to each other.“Then it comes down to the other administrative responsibility placed on the motor carrier and whether they’re being lawful and doing all their due diligence.”

“A driver might be disqualified for having a pattern for certain types of violations in one state, where in another state, he might not have reached the threshold to be disqualified or have his license suspended,” Abbott said.

However, under certain federal minimum standards, a motor carrier would be permitted to hire a driver with a valid commercial driver license, despite prior violations committed in a personal vehicle, Abbott said.

“This in some ways could be a weakness of the [federal regulations], that we only look at the CMV violations,” Abbott said. “The rules don’t require that we look at all violations.”

Even so, Abbott said many carriers do check out a prospective driver’s entire history, including his record in the state that issued his CDL — and not just meet a federal requirement that contacts be made with former employers for the last three years listed on a driver’s application.

Violations for driving under the influence fall under the purview of states, FMCSA said in a statement.

“States do not report convictions or suspensions involving this type of behavior to the agency whether the conviction or suspension occurred while the driver was operating a CMV or personal vehicle,” the statement said.

The agency said that it often becomes aware of such information during “prioritization- driven or crash investigations and will, in such cases, take appropriate action.”

During Zaverukha’s most recent incident, he was driving for Mydav Transportation Inc. of Wood Dale, Illinois.

Anthony Paslavsky, Mydav’s operations manager, told Transport Topics that Zaverukha presented a valid CDL and Social Security number when he applied for a job and that he was cleared to drive by the carrier’s insurance provider.

“We mostly relied on the insurance company,” he added.

Zaverukha had only worked for the company a week before his arrest, Paslavsky said.

The company pulled a history report on Zaverukha, whose record listed traffic violations by code. “On that report, as we showed the DOT officer who came by, there is no way you can tell what kind of violation it was,” Paslavsky said. “We knew he had something in 2007, but after that it showed no tickets.”

Mydav, which has a roadside inspection driver and vehicle out-of-service rate twice the national average, was given a “partial review” by FMCSA five weeks after Zaverukha’s arrest, but the results have yet to be made public, according to agency records. Unlike a compliance audit, partial reviews don’t rate carriers as satisfactory or unsatisfactory. Instead, a company has 60 days to respond to any violations cited by FMCSA.

But Paslavsky said FMCSA found no safety violations on the carrier’s part.