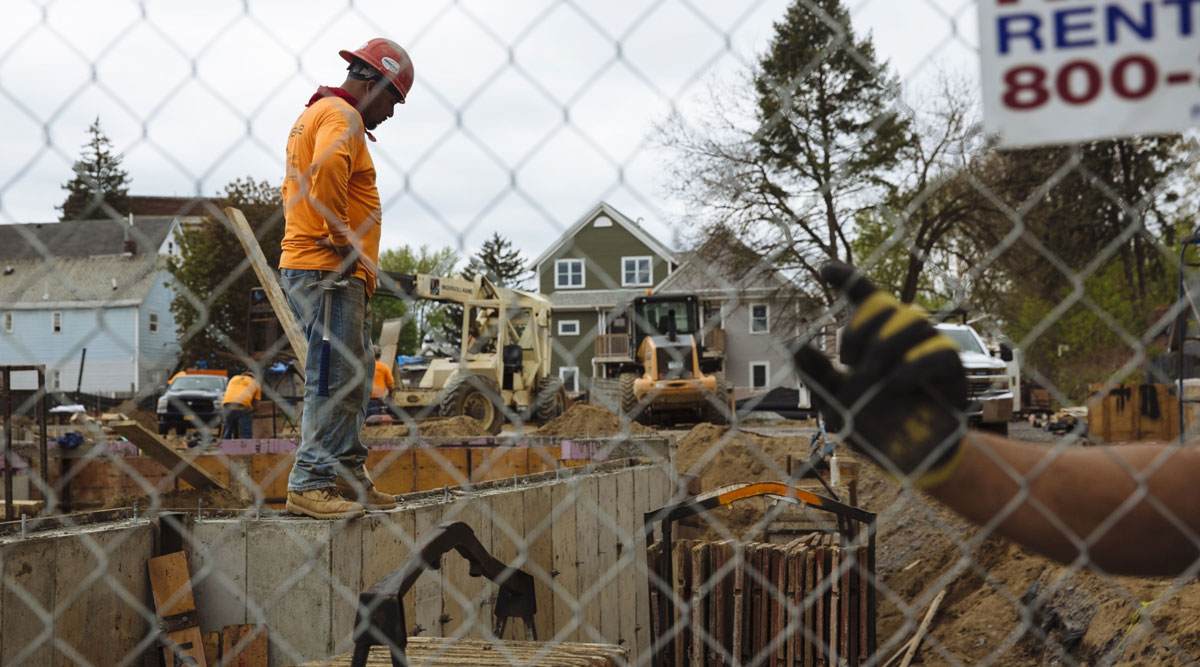 A worker stands at a housing construction site in New York on May 15. (Angus Mordant/Bloomberg News)

U.S. home construction starts rose less than forecast in May, indicating builders were slow to resume work and contrasting more recent data that points to a pickup in housing demand.

Residential starts rose 4.3% to a 974,000 annualized rate from a month earlier, the second-lowest level since 2015, according to a government report released June 17. That compared with the median forecast in a Bloomberg survey of 1.1 million and followed an upwardly revised 934,000 in April.

At the same time, applications to build, a proxy for future construction, climbed 14.4% to a 1.22 million rate. An S&P index of homebuilder stocks climbed 1.1% in earlier trade June 17. 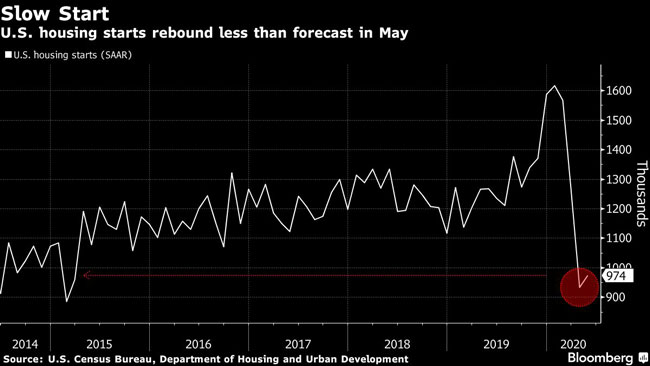 “We aren’t much bothered about the undershoot in starts; the outlook is very positive, given the astonishing surge in mortgage demand,” Ian Shepherdson, chief economist at Pantheon Macroeconomics, said in a note.

Other figures show the housing market is picking up steam. A weekly measure of mortgage applications for home purchases has increased for nine straight weeks and stands at an 11-year high. A report June 16 showed a gauge of builder sentiment rose by a record 21 points in June.

The government’s report June 17 showed a pickup in the number of residential projects authorized but not yet started, indicating groundbreaking may firm up in coming months. The number of single-family homes authorized and awaiting construction rose to an annualized 98,000 in May, the highest since December 2018.

Single-family starts were little changed from April. Multifamily starts, a category that tends to be volatile and includes apartment buildings and condominiums, jumped 15%, the first gain in four months.

Total starts were down 23.2% from May 2019. Starts dropped from a month earlier in two of four regions, including a 16% decline in the South to the lowest level since November 2014. New construction also fell 1.5% in the Midwest.