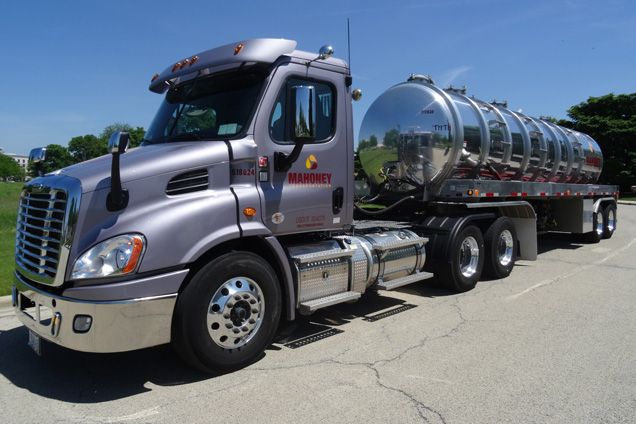 As a diesel technician with 15 years’ experience, Joe Siadak knows truck engines well. But biodiesel taught him something new.

When Mahoney Environmental, where he is lead technician, decided to run its fleet of Class 7 and Class 8 trucks on biodiesel blends, Siadak thought his team would see more fuel system failures and increased filter change intervals.

The reality, however, is there's been no negative impact on the performance of the 160-truck fleet, which collects used cooking oil from restaurants nationwide.

“It was very surprising that the failures and added work I expected to see just didn’t happen,” Siadak says. “It was as if we made no change at all.”

On board with biodiesel

His story is not unique. Those who know diesel vehicles best inside and out — mechanics and technicians — and have experience with biodiesel say their fleets run great on the renewable fuel.

"I'm 100 percent on board with biodiesel," says Roger Ritchie, maintenance manager at Rochester Public Transit in Minnesota. "Our equipment has lasted and done a really good job."

Rochester Public Transit has been running its buses on biodiesel blends for nearly 20 years. It started at a B2 blend, meaning the fuel is 2 percent biodiesel and 98 percent petroleum diesel, and gradually moved to higher blends. Today, the 55-bus fleet uses B20 in warmer months and B10 in the winter.

"With the B10 in the winter, we haven't had any issues at all," says Ritchie, a diesel technician for nearly 40 years. "We change filters every 6,000 miles, and the equipment has run fine."

One of the benefits of biodiesel is it adds lubricity that is lacking in ULSD. Without enough lubrication, fuel pumps and injectors can experience unnecessary wear and damage. Proper lubricity management can also help engines run smoother, more quietly and cooler.

"While we do not tear down injectors to see the impact firsthand, our injector replacement certainly has decreased since we started running on biodiesel," Siadak says. "I attribute this to the increase in lubricity the biodiesel provides."

Rochester Public Transit also has had fewer injector issues since moving up to B20 a few years ago, according to Ritchie.

Other benefits to fleets are that, compared with petroleum diesel, biodiesel reduces greenhouse gas and engine head emissions and is often less expensive.

What Siadak and Ritchie are ultimately responsible for is keeping their fleets in peak condition. In that respect, biodiesel gets the job done.

“I’ve been working on Rochester buses since the mid-1980s, and biodiesel has been as good if not better for the equipment than diesel,” Ritchie says.

Siadak says anyone who thinks biodiesel hurts performance should look under the hood.

“If two trucks were side by side and one ran biodiesel and one didn’t, you would not be able to tell the difference,” he says.

Renewable Energy Group is leading the energy industry’s transition to sustainability by transforming renewable resources into high-quality, cleaner fuels. REG is an international producer of cleaner fuels and North America’s largest producer of biodiesel. REG utilizes an integrated procurement, distribution and logistics network to operate 13 biorefineries. REG is meeting the growing global demand for lower-carbon fuels and leading the way to a more sustainable future. Learn more at regi.com.