Increase Is Third in Past Four Weeks 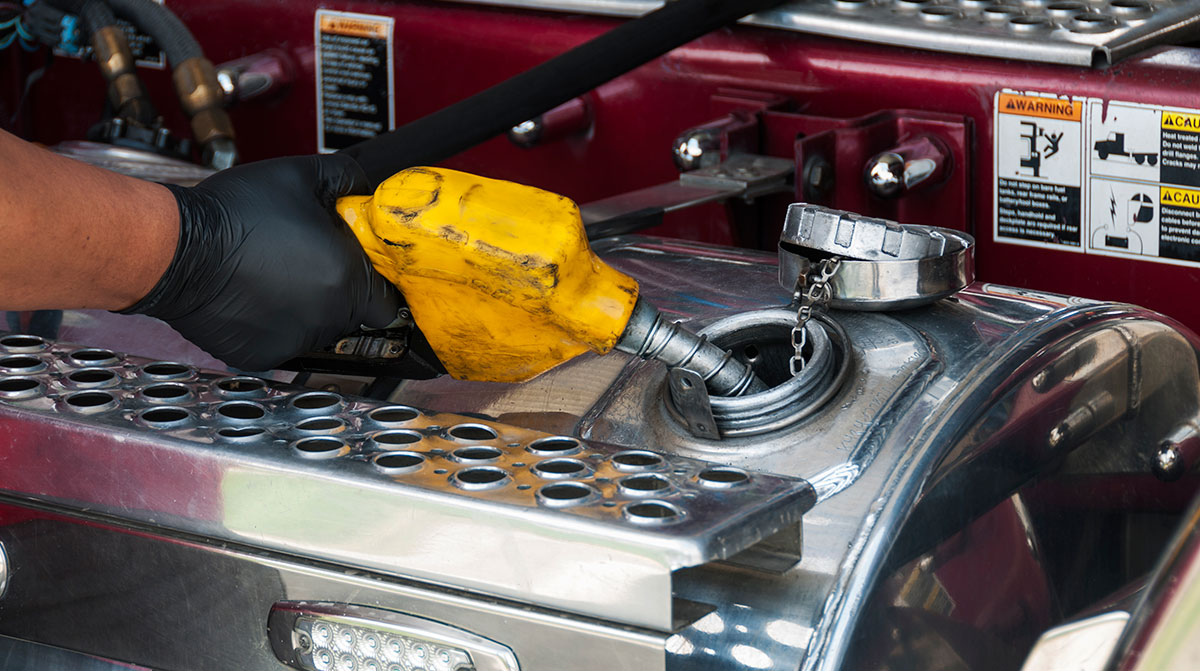 Diesel's price increase is the third in the past four weeks for a total of 6.1 cents a gallon. (Getty Images)

The national average price of diesel increased 1.3 cents to $3.385 a gallon one week after remaining virtually unchanged, according to Energy Information Administration data released Sept. 20.

Gasoline surged 1.9 cents to reach $3.184. EIA reports that six of the 10 regions saw an increase in gas prices over the week. The Lower Atlantic region saw the biggest increase at 4.3 cents to $2.987. The Rocky Mountain region saw the largest decrease at 2.6 cents to $3.599.

“I think the increases for gasoline and diesel just this week is partly because of the concerns about the increased demand for heating fuels because of the natural gas shortage that we’re seeing in Europe,” Phil Flynn, a senior energy analyst at The Price Futures Group, told Transport Topics. “I think energy policy and shortsighted thinking is partly to blame for what’s been going on in the market. And we are seeing that put some upward pressure on diesel prices.”

Fuel at a Glance

• The price of diesel rose for the third time in the past four weeks for a total of 6.1 cents a gallon. The cost dipped just one-tenth of a cent the week of Sept. 13.

• Trucking’s main fuel now costs 98.1 cents a gallon more than it did at this time a year ago.

• Diesel increased in nine of the 10 regions in EIA’s weekly survey, with the largest being 2 cents in the Lower Atlantic and Gulf Coast. The Rocky Mountain region, at seven-tenths of a cent, registered the only decrease.

Flynn added that he would like to tell truck drivers that everything will be fine and prices will go back down in a couple of weeks, but he doesn’t think that will be the case. Instead, he expects the upward pressure impacting prices to continue for the foreseeable future. They could even get worse if the winter weather is bad.

He noted that the heating fuel compounded an existing problem in terms of investments and speculations. The assumption was that demand for diesel wasn’t going to come back as quickly as it actually did globally.

Globally, demand for diesel is above pre-COVID levels in many cases.

“We’ve basically fallen behind the curve,” Flynn said. “Globally, demand for diesel is above pre-COVID levels in many cases. And because of shortages of supply in other parts of the world, that will keep upward pressure on diesel. The worst situation we could get for diesel prices is if we get a cold winter.” 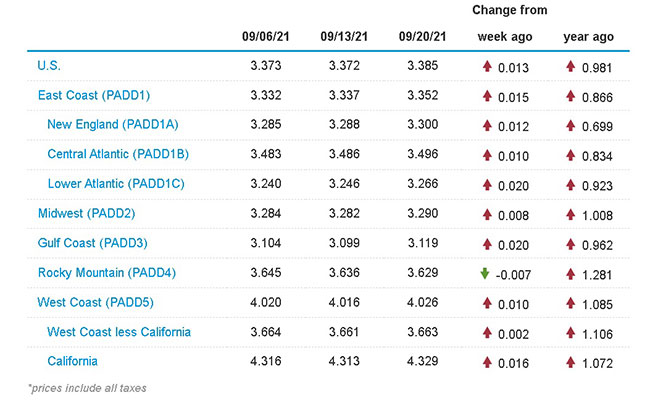