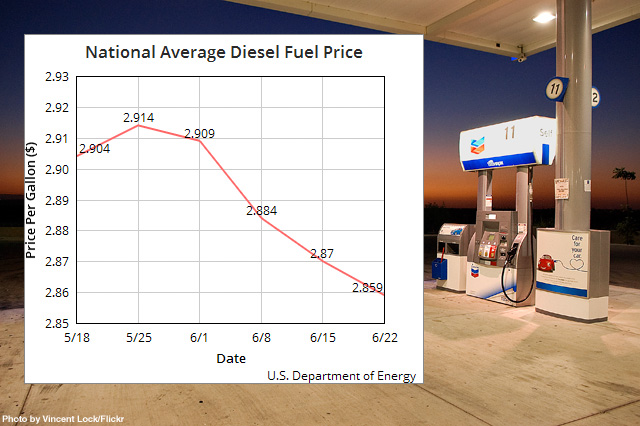 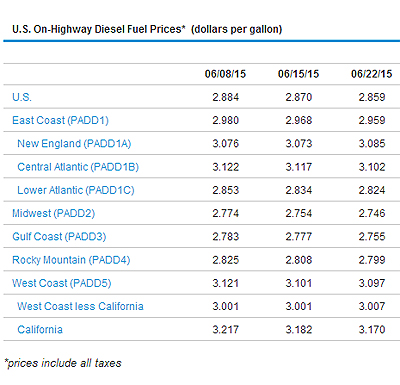 Diesel’s national average price dipped 1.1 cents to $2.859 per gallon, the fourth consecutive decrease, while gasoline’s price fell for the first time since mid-April, the Department of Energy reported June 22.

The decline left it $1.06 less than a year ago, DOE said after its weekly survey of filling stations, and trucking’s main fuel has declined 5.5 cents in the past month.

Oil held near $60 a barrel on the New York Mercantile Exchange, finishing June 22 trading up 7 cents at $59.68 a barrel, Bloomberg News reported.