Diesel Price Creeps Up for Fourth Week in a Row 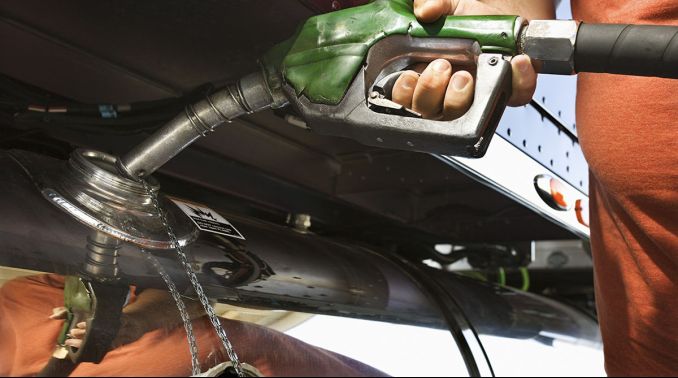 The national average price of diesel climbed .5¢ to $2.43 a gallon. (Thinkstock)

The national average retail price of diesel rose for the fourth consecutive week, half a cent to $2.43 a gallon, the Energy Information Administration reported June 29.

Even with the increase from $2.425, the price of trucking’s primary fuel is 61.2 cents a gallon less than it was a year ago.

The price of diesel increased in seven of the 10 regions of the country surveyed by EIA.

The most expensive diesel in the nation remains in California, where the average price rose nine-tenths of a cent to $3.246 a gallon, but that still is 71.7 cents cheaper than at this time in 2019.

The least expensive fuel remains along the Gulf Coast, where the price of diesel fell three-tenths of a penny to $2.194 a gallon. The Gulf Coast is home to much of the nation’s oil and gasoline production and a large share of the refining capacity. Generally, the lower cost of transporting crude oil and refined products keeps prices substantially lower. In that region, the cost of diesel is 60.9 cents less expensive than the rest of the nation.

The biggest increase in diesel was in New England, where prices increased 1.7 cents, pushing a gallon to $2.648. Still, that is 48.7 cents below the price last year.

The price of West Texas Intermediate crude oil, the industry’s benchmark fuel, closed at $39.70 a barrel June 29. That’s still well below the $59.07 a barrel price one year ago.

Members of the OPEC+ group earlier this spring agreed to cut production to stabilize oil prices after world oil demand fell by 30% in March and April because of the COVID-19 pandemic.

Meanwhile, Chesapeake Energy, one of the companies that leads the industry in horizontal drilling, filed for bankruptcy protection June 28.

The move comes as the Oklahoma City-based company and the oil and gas industry have been rocked by a steep drop in production and demand because of the pandemic.

There are more indications that domestic oil production is falling deeper than some analysts had forecast. EIA said for the week ending June 26 crude inventories in the U.S. fell by 7.2 million barrels. But while that number is easing some of the pressure on oil, gasoline and diesel prices, supplies remain abundant. The agency said the country has 533.5 million barrels of oil in storage facilities. That figure is 15% above the five-year average for available inventories. Gasoline inventories increased by 1.2 million barrels last week and are about 10% above the five-year average for the peak of the spring and summer driving season.

The drop in rigs is not limited to the U.S. In Canada, only 13 are operating, down four from the previous week. Last year at this time, 124 rigs were in operation.

Internationally, 805 rigs are operating, down 110 from the previous week and 321 fewer than a year ago.