Oil Production May Increase in 2018 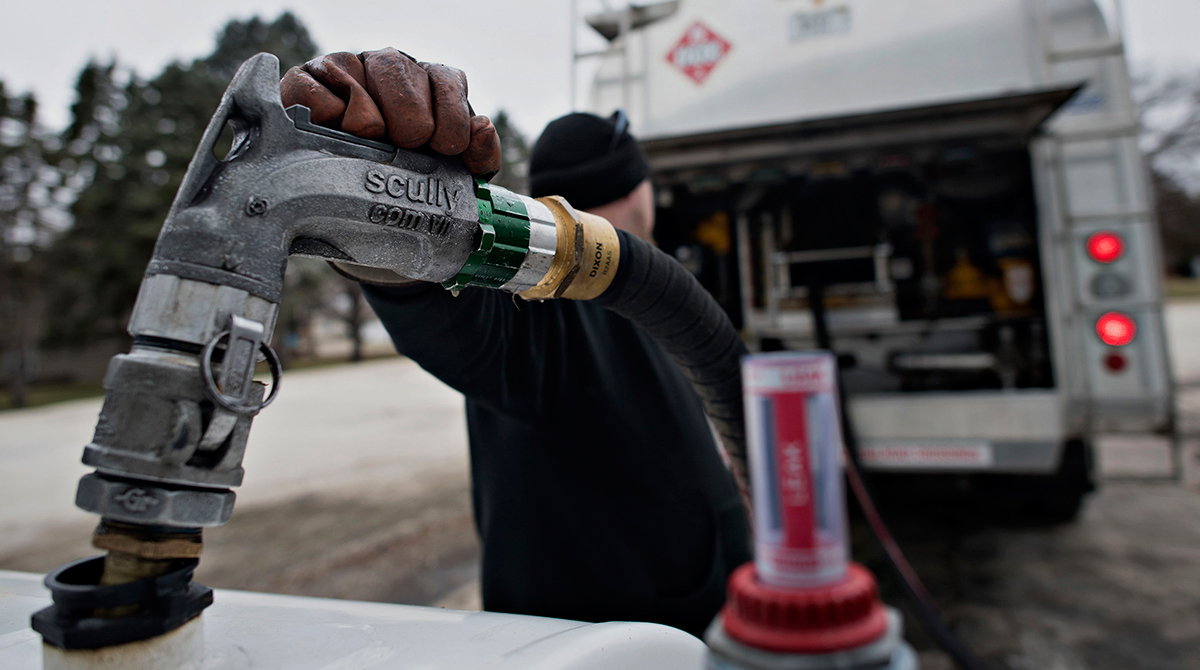 The U.S. average retail price of diesel slipped 1.2 cents to $2.910 a gallon as oil prices closed in on $58 a barrel — but then forecasts for U.S. oil production pointed to record volumes next year, causing oil prices to ease some.

Average prices for trucking’s main fuel fell in all regions except in New England, where it rose 0.3 cent to $2.900.

The U.S. average price for regular gasoline fell 1.5 cents to $2.485 a gallon. It costs 24.9 cents more than it did a year ago, DOE’s Energy Information Administration said.

Average gas prices fell in all regions except the Midwest, where it climbed 1.4 cents to $2.371.

One truck maker underscored the essential role of fuel economy in fleet operations — and in securing truck orders — by engaging in a head-to-head test of miles per gallon against three of its competitors — a battle managed and assessed by PIT Group, an independent third-party research and testing organization.

The trial on Canadian roads, over three periods, was based on the TMC Fuel Economy Test Procedure–Type IV, RP 1109B.

“On one level, we were looking to post the best absolute mpg number. But more importantly, with the competitive vehicles all running with the most fuel-efficient configurations, side by side, we wanted to beat those vehicles in the same tests,” Steve Gilligan, vice president of product marketing for Navistar International Corp.’s North American business, told Transport Topics.

On the days the trucks ran, in the conditions they ran in, the International LT with International’s A26 engine bested all the other competitive makes — a Freightliner Cascadia with a DD13 engine, a Kenworth T680 with a Paccar MX-13 and Volvo VNL with a D13, according to the PIT Group’s findings, Gilligan said.

“At the end of the day, customers pay more attention to third-party validation than they do to truck makers’ public statements because [validations] are no longer marketing materials; they are test results. It is a purchase consideration they are going to have to weigh,” Gilligan said.

“Fuel efficiency, as the price of diesel goes up, becomes more and more critical. But no matter what, fuel efficiency and tire expense and drivers are always the top three expenses that a fleet incurs,” he added.

Meanwhile, West Texas Intermediate crude futures on the New York Mercantile Exchange closed at $57.99 on Dec. 11, compared with $57.47 on Dec.4.

It fell to $56.60 on Dec. 13 over recurring concerns U.S. production next year would offset production cuts by the Organization of Petroleum Exporting Countries, led by Saudi Arabia.

China will “inevitably” become more reliant on crude imports due to falling output from some of its biggest fields, according to Fitch’s BMI Research, Bloomberg noted.

“We are still up in that neighborhood,” Denton Cinquegrana, chief oil analyst for the Oil Price Information Service, told TT on Dec. 12.

U.S. oil production is likely to climb to more than 10 million barrels a day next year, he said. “That puts us right up there with some of the 900-pound gorillas of production, Saudi Arabia and Russia.”

The week of Dec. 1, U.S. crude production expanded for a seventh week to 9.71 million barrels a day, the highest level in weekly data compiled since 1983, EIA reported.

West Texas Intermediate crude oil prices are forecast to average $53 a barrel in 2018, according to EIA’s latest Short-Term Energy Outlook — $2 a barrel higher than November’s STEO.

Also, the prospects for diesel are fairly strong going forward from a demand standpoint, Cinquegrana said. “I think one thing we may have lost track of is the rebuilding efforts after the hurricanes.”

He suggested the supply of diesel is going to remain fairly strong in 2018, which could hold down prices.

“You have situations where you may have demand flying high and prices are moving up,” Cinquegrana said. “But then you will have motivated refiners that will meet that demand.”