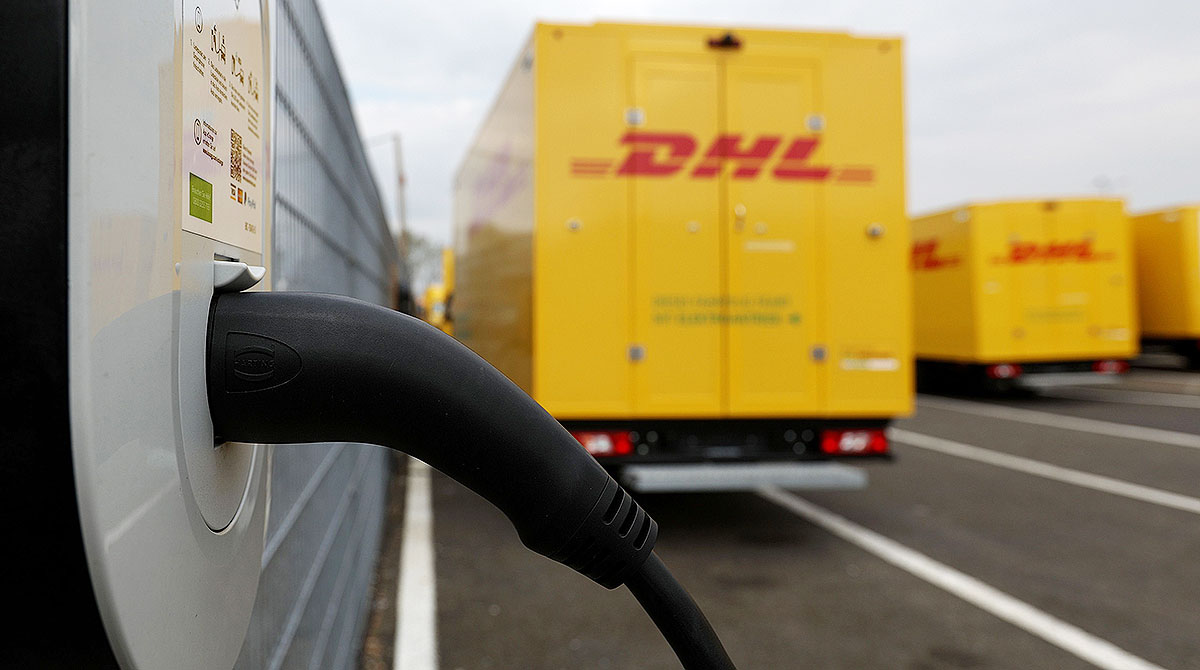 An electric cable charges a StreetScooter outside the Ford factory in Cologne, Germany. (Krisztian Bocsi/Bloomberg)

Deutsche Post AG will stop producing its electric delivery vehicle called StreetScooter, bringing to an end a much-hyped venture that was once seen as a possible disrupter to conventional van makers such as Volkswagen AG and Daimler AG.

The company had suffered “years of losses” from developing and producing the vehicle, Chief Financial Officer Melanie Kreis said on a call with journalists Feb. 28. Last year alone, the unit racked up a loss of about 100 million euros ($110 million).

Developed by a university project that Deutsche Post bought, StreetScooter became a surprise hit and beat German giants Daimler and VW to offering a battery-powered no-frills delivery vehicle, but didn’t manage to turn it into a sustainable business.

Deutsche Post had first sought to sell the unit and later looked for potential partners to help turn the electric-van maker into a profitable business and finance its expansion. It also brought in Ford Motor Co. to help take the project global, with a larger variant based on the Ford Transit.

Most recently it had hired a former Tesla Inc. director to expand its sales network and had planned to set up production in China through a joint venture with local carmaker Chery Holding Group. The company is now looking at potential payments it may have to make to partners for ending the project.

Booming online shopping and cities cracking down on exhaust emissions had initially increased the StreetScooter’s appeal amid growing interest in emissions-free urban delivery, and Deutsche also sold the vehicle to retailers, fleet operators and banks. From 2021, it will buy electric vans from other manufacturers.

Production will cease later this year and result in writedowns of between 300 million and 400 million euros, Kreis said. The company’s fleet comprises about 11,000 StreetScooters, with several thousand to still be delivered this year.