Under terms of the deal, Descartes will pay C$330 million in a combination of cash and stock to acquire the businesses run by Management Systems Resources Inc., which operate under the names Visual Compliance, eCustoms and MSR.

With operations in Toronto and Buffalo, N.Y., the Visual Compliance group specializes in denied and restricted party screening processes and export licensing. The company has more than 2,000 customers with more than 67,500 users in more than 100 countries, according to a statement released by Descartes on Jan. 28.

“Penalties for doing business with sanctioned parties can be far-reaching and severe,” said Ken Wood, executive vice president of product management at Descartes. “By adding Visual Compliance’s solutions and domain expertise to our existing screening business and global logistics network, we’re in an even stronger position to help our customers navigate the trade compliance landscape while managing the full life cycle of their shipments.”

In addition to helping shippers with compliance, Descartes and Visual Compliance provide data to partners, such as SAP and Oracle, to help with comprehensive global trade compliance reviews.

In a conference call with investors, Descartes CEO Ed Ryan said the addition of Visual Compliance will make Descartes the largest provider of data screening services and “fits the mold” of other recent acquisitions, including the purchase of Customs Info in 2014, MK Data Services in 2015 and Datamyne in 2016. 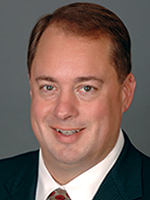 Visual Compliance generated annual revenue of C$40 million and was growing at a rate of more than 10% annually, Ryan said, as demand for screening services has grown across the globe in response to new trade agreements and sanctions imposed by the United States against Iran and other countries.

“We believe this will bring big things to both Visual Compliance and Descartes,” Ryan stated. “The future may include government mandates to provide screening services.”