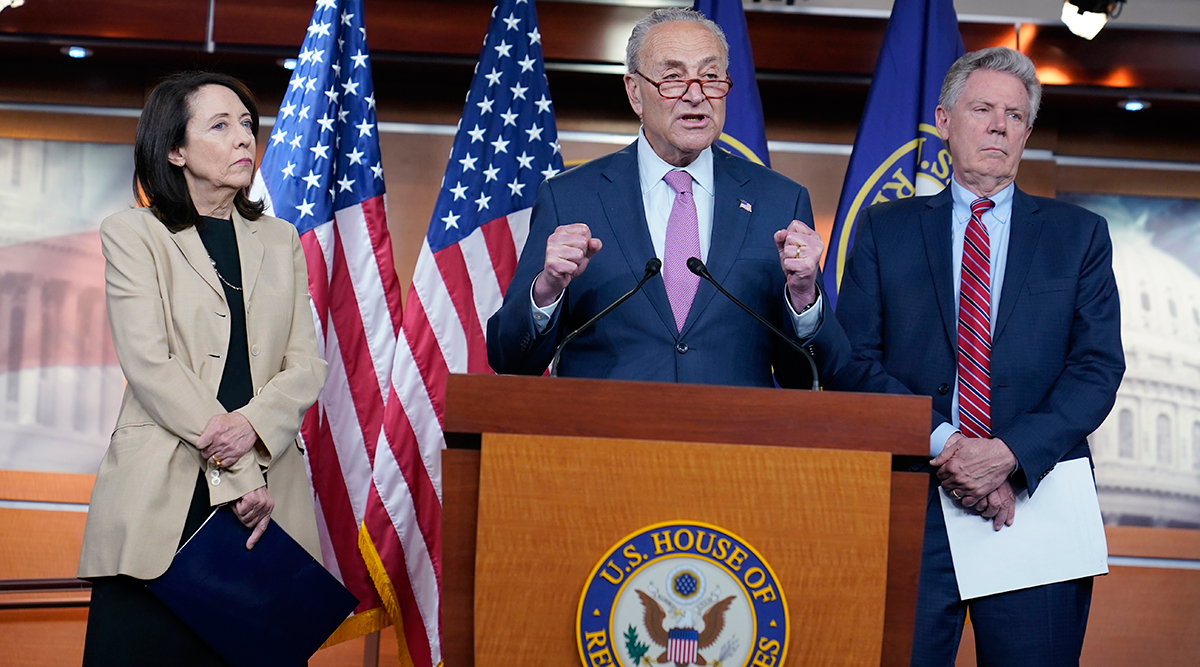 WASHINGTON — Citing growing worries about high gasoline prices, Democratic leaders announced an effort April 28 to give the Federal Trade Commission increased authority to crack down on companies that engage in price gouging.

In doing so, they downplayed the possibility of other options such as a federal gas tax holiday or offering oil companies more government incentives to increase production. Instead, they said the FTC needs more tools, including stiffer fines and penalties and a team of dedicated experts to monitor markets and go after price gouging.

With voters concerned about the growing toll of inflation, Democrats again signaled their intention going into November’s midterm elections to place much of the blame for high gas prices on oil companies. Democrats accused oil companies of “ripping off the American people” at a contentious hearing this month with oil industry executives.

“Congress must do more to beef up the FTC’s ability to crack down on potential gas price manipulation and price gouging,” Senate Majority Leader Chuck Schumer (D-N.Y.) said. When the Democratic bills reach the House and Senate floor, “Republicans will face a dilemma: Which side are they on? On the consumer and lowering gas prices? Or on the side of the big oil?” Schumer said.

The average price of a gallon of gas was $4.14 April 28, according to the AAA auto club, and is markedly higher than that in California and other western states.

Sen. Maria Cantwell, the Democratic chair of the Senate Commerce, Science, and Transportation Committee, said Congress strengthened the Federal Energy Regulatory Commission’s authority to investigate and punish energy market manipulation some two decades ago. That was following the Western energy crisis of 2000 to 2001 when Enron and affiliates were found liable for engaging in various market manipulation schemes.

She said the FTC needs a dedicated team of experts monitoring transportation fuels and looking out for any suspicious pricing behavior, and it needs authority to enact fines and penalties that would lead to corrective action.

“We need to make sure that there is a policeman on the beat,” Cantwell said.

A draft description of the legislation says it would double the maximum penalty for manipulating wholesale oil markets to up to $2 million a day for each violation.

The unit described by Cantwell would be charged with identifying any manipulation or use of market power or other unfair method of competition to distort markets. Once it identifies such behavior, it could then advise the full commission to go after the perpetrators and impose relevant penalties.

“We do not control the market price of crude oil or natural gas, nor of refined products like gasoline and diesel fuel, and we have no tolerance for price gouging,” said Chevron CEO Michael Wirth.

Industry groups dismissed use of the FTC to investigate price manipulation as a political stunt. 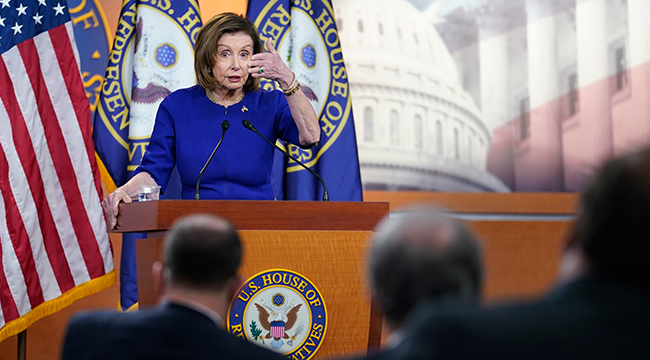 House Speaker Nancy Pelosi says there may be no benefit to suspending the federal gas tax. (Mariam Zuhaib/Associated Press)

“Using the power of the FTC to undertake political investigations of American energy companies will not lower gas prices by a penny,″ said Anne Bradbury, CEO of the American Exploration and Production Council, a trade association representing independent oil and natural gas companies.

“Energy prices are determined by supply and demand, not false accusations of ‘price gouging’ motivated by the upcoming election instead of the facts. At a time of historic inflation and economic contraction, Americans deserve real policies that boost domestic oil and gas production,’’ Bradbury said.

Republicans were equally dismissive of the Democratic proposal.

“My Democratic colleagues are doubling down on their blatant blame-shifting for political cover by unveiling a bill to give the Federal Trade Commission more authority to go after ‘price gouging,’” said Rep. Cathy McMorris Rodgers of Washington state, making air quotes with her fingers. “The American people know this isn’t price gouging or Putin’s price hike, it’s a Biden price hike since the day he took office.”

The answer to higher gas prices is to increase production here in the U.S., Republicans said.

“America is the world’s leading producer of oil and gas, and we should act like it. We can produce significantly more energy than we do today and unleash the vast resources under our feet,″ Rep. Fred Upton (R-Mich.) told Energy Secretary Jennifer Granholm at a hearing of the House Energy and Commerce Committee.

“We can also help our allies in Europe and Ukraine by sending shipments of American oil and LNG to replace Russian supplies,” Upton said.

But Democrats said the companies have made a choice not to increase production to pad profits.

Some states have suspended their gas tax to give consumers relief at the pump. Many Democrats in Congress have also called for Congress to suspend the 18.4-cents-per-gallon federal gas tax. But House Speaker Nancy Pelosi (D-Calif.) said there was no guarantee the savings would be passed on to the consumer. And at another point she said the suspension “may or may not even have a benefit.”

Some Democrats have introduced bills in the House and Senate to impose a windfall tax on oil profits, but the idea has generated little momentum on Capitol Hill.