Democrats Look to Push Infrastructure Plan if They Retake House 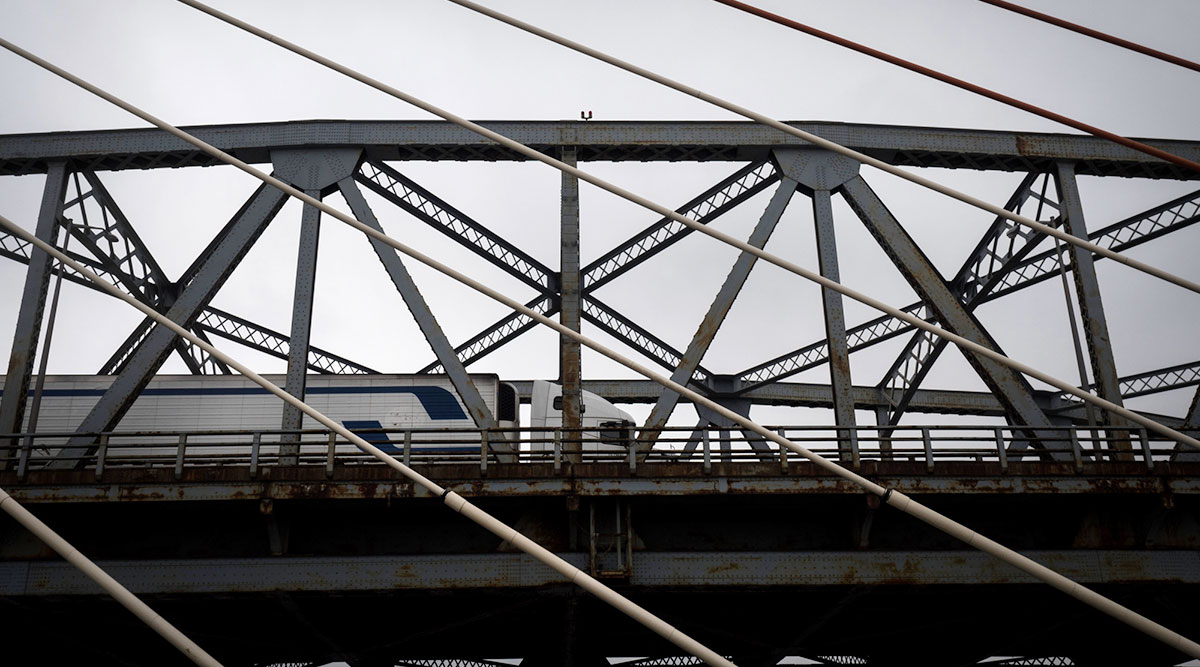 Democrats are planning to pursue a major U.S. transportation and infrastructure measure if they retake control of the U.S. House in the Nov. 6 midterm elections, but the same question that helped stall Donald Trump’s trillion-dollar initiative remains: How would it be funded?

Rep. Peter DeFazio (D-Ore.), who’s in line to become chairman of the House Transportation and Infrastructure Committee, has said Democrats would seek a spending measure for roads, bridges and other public works if they take power. Nancy Pelosi, who could become Speaker again, said it may be something Democrats can do with the Republican president.

“One of my themes is build, build, build,” Pelosi said at an Oct. 22 event hosted by CNN. “Build the infrastructure of America from sea to shining sea. Not only surface transportation but broadband and water systems.” 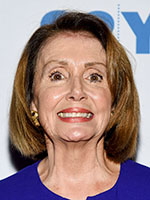 Trump said in an Oct. 17 interview on Fox Business News that “infrastructure is going to be starting after the midterms and we think that’s going to be an easy one.”

Despite the bipartisan enthusiasm for the idea, several recent efforts to reach agreement on a major bill have all faltered -- and ballooning federal budget deficits along with growing partisan rancor will make it even harder.

House Democrats could start hearings in late January if they take power, with the aim of crafting a bill that could pass by May, said Ed Rendell, the former Democratic governor of Pennsylvania who co-founded Building America’s Future, a bipartisan coalition of officials that promotes infrastructure spending.

Rendell said he and other transportation advocates met Oct. 23 in Philadelphia to discuss a potential Democratic bill with Rep. Earl Blumenauer (D-Ore.), a member of the House Ways and Means Committee.

A spokesman for Blumenauer declined to discuss the meeting, but said the representative is exploring the idea of creating a subcommittee on infrastructure with his colleagues and stakeholders around the country.

DeFazio also didn’t provide specific details but said in a statement that “it’s well past time for Congress and the Trump Administration to get serious about our infrastructure needs.” 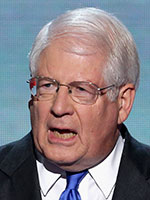 A Democratic majority “will prioritize investment to rebuild our transportation networks, boost affordable housing, and expand broadband access in towns and communities,” said Rep. David Price (D-N.C.), who serves on the the House Appropriations Committee and is the top Democrat on the Transportation, Housing and Urban Development Appropriations Subcommittee.

“I am hopeful that the Trump administration will show a willingness to engage Congress on meaningful infrastructure investment that finally matches their public rhetoric,” Price said in a statement.

Trump promised to “build gleaming new roads, bridges, highways, railways, and waterways all across our land.” He released a plan in February, but Democrats criticized it for allocating only $200 billion in federal money over 10 years -- mostly to spur states, localities and the private sector to fund the balance of $1.5 trillion in investment.

There were a few committee hearings on the plan, but it stalled amid a backlash about a lack of federal investment and because it failed to specify a funding source, said Bud Wright, executive director of the American Association of State Highway and Transportation Officials.

Senate Democrats released a $1 trillion plan in March funded by rolling back tax cuts for the wealthy. But Republicans won’t accept that, raising federal taxes has not proven feasible politically and more borrowing is unlikely with the ballooning federal deficit, Wright said. 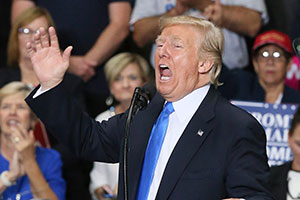 Trump surprised a group of lawmakers Feb. 14 by saying he would support a 25-cent-per-gallon increase in federal gasoline and diesel taxes -- an idea also backed by the U.S. Chamber of Commerce and American Trucking Associations. But the president never endorsed the plan publicly, and prominent Republicans flatly rejected any tax increase.

The gas tax of 18.4 cents per gallon and diesel levy of 24.4 cents were last raised in 1993, even as many states -- including those led by Republicans -- have increased fuel levies. As a result of inflation, the federal tax provides just over half of its original value, according to government estimates.

Rep. Bill Shuster (R-Pa.), the retiring chairman of the House Transportation and Infrastructure Committee, released his own proposal July 23 to spur discussion about fixing infrastructure and shore up the Highway Trust Fund, which is projected to become insolvent by 2020.

His plan includes raising the federal gas tax by 15 cents a gallon over three years and the diesel tax by 20 cents, with a goal of replacing the fuel levies by 2028 with a per-mile-traveled fee or other sources of revenue.

If Republicans maintain control of the House, Rep. Sam Graves (R-Mo.) and Rep. Jeff Denham (R-Calif.) are vying to take Shuster’s place as committee chairmen. Both have endorsed the need for infrastructure projects in previous statements.

There’s a question about whether Republicans will be willing to pass a major spending bill if they maintain control of the Senate as expected, but if Democrats take back the House. Voters will be asking what results they produced beyond investigating Trump, said Rendell of Building America’s Future.

Trump and Republicans also will have to answer in 2020 if they don’t produce an infrastructure measure, he said.

“If we sent him an infrastructure bill that was a significant bill, I think he would sign it because he has talked about infrastructure ad nauseam but he hasn’t done anything about it for two years,” Rendell said.

The Association of Equipment Manufacturers, which represents companies including Caterpillar Inc., Volvo Construction Equipment Corp. and Link-Belt Cranes, has already launched a “Mission Not Accomplished” campaign reminding voters that Trump hasn’t kept his promise so far.

Improving infrastructure historically has had bipartisan support, and that’s needed today with the American Society of Civil Engineers estimating an additional $2 trillion is required by 2025, said Shailen Bhatt, president and chief executive officer of the Intelligent Transportation Society of America and a former state transportation director.