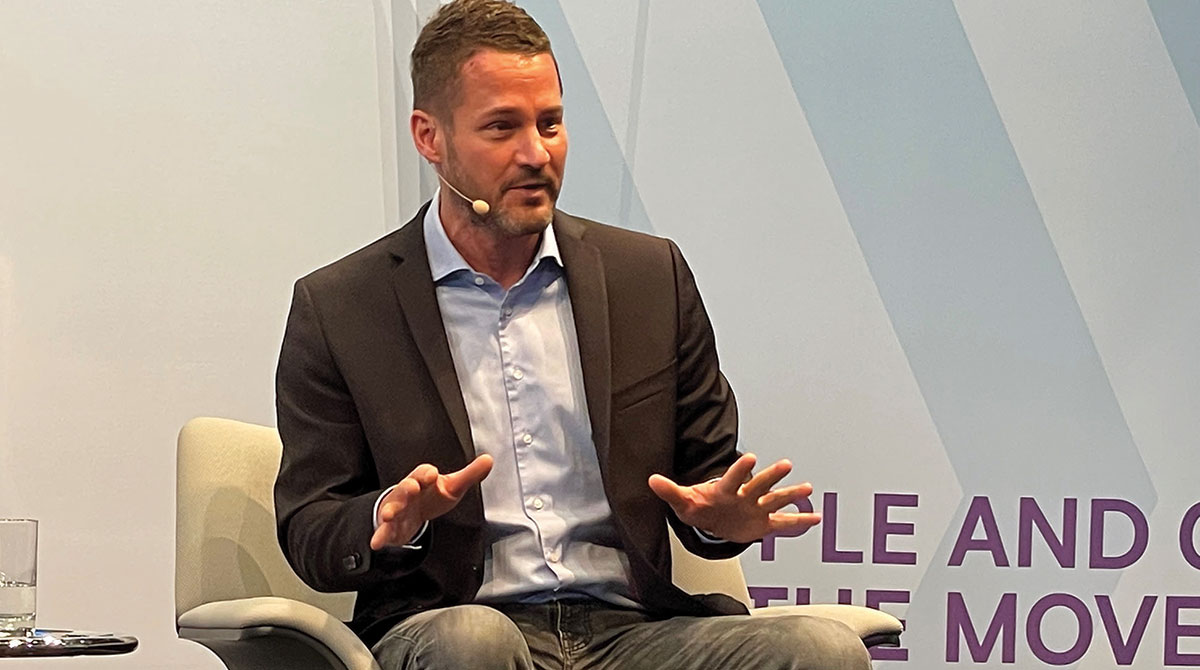 HANOVER, Germany — Industry partnerships for production of diesel engines are a potential next step for manufacturers spreading resources across rapidly evolving alternative power sources, and an announcement on such an initiative could arrive sooner rather than later, Daimler Truck executives said during the IAA Transportation 2022 conference.

“At the moment, on the heavy-duty side everyone has a large [engine] platform,” Daimler Truck CEO Martin Daum said during a Sept. 19 roundtable with North American press. “This is more visionary, but one day we might be open to sharing our platform with someone else. The time is not yet there, because there is enough demand for heavy-duty engines. But let’s see how that develops.”

Movement in this direction is prudent, he said, to shoulder the investment required to bring emerging engine technologies to market while also continuing to serve the market for diesels. 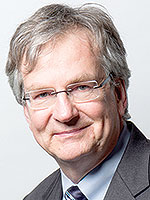 “If we sold 100% of the trucks in a market with one driveline in the past, we had a significant investment to shoulder to have an industry-leading powertrain,” Daum said. “Tomorrow, I will have three completely different powertrains — fuel cell, battery-electric and diesel. Each one requires attention and investment [but] I don’t sell a single truck more. The challenge will be, how do I shoulder the investment without selling a single truck more? So, I have to find solutions.”

Daum noted the company chose to go exclusively with Cummins engines for its medium-duty trucks to solve the same challenge in that sector. “We embraced the Cummins concept they call ‘last man standing’ — to collect all of the industry demand into one platform,” he said. “Cummins’ starting point is several times larger than ours, so we go with Cummins. It makes no sense — for a small platform — to invest all the money in a market which, over time, will shrink. It’s not feasible.”

Daimler also showcased its prototype GenH2 hydrogen fuel cell electric truck at the event. The company is partnering with Volvo Trucks for development of fuel cell engine technology. That effort is called cellcentric. 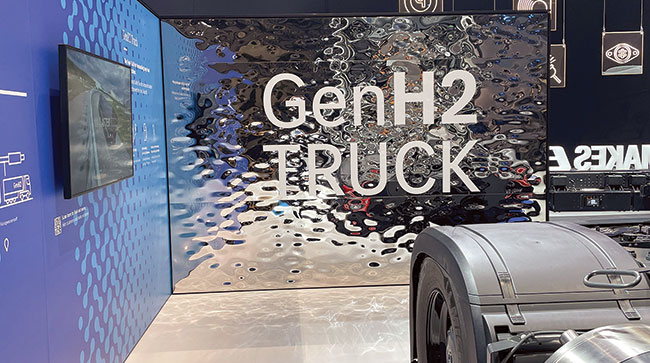 A display on the prototype GenH2 truck. (Joe Howard/Transport Topics)

On the heavy-duty diesel side, Daum said there will likely be one more evolution of the company’s Detroit 13- and 15-liter engines, and he suggested the industry could be managing the evolution of engine technologies for the next 10 to 15 years. But he also stressed that any collaborative effort from Daimler on heavy-duty diesel engines would be based on Detroit engines, as he maintains the Daimler subsidiary has the largest platform in the marketplace.

That stance was echoed by Daimler head of truck technology, Andreas Gorbach, who during a Sept. 20 roundtable with global media suggested word on a diesel collaboration could be mere months away. “I don’t think it will take more than half a year that we can announce something,” he said. “We are already working on it.”

Gorbach also stressed that Daimler continues to dedicate resources to its diesel platform. “We still have enough scale — this is why we still invest,” he said, but noted collaboration is coming. “We will also partner here, but based on our technology. Stay tuned.”

Gorbach added, “This is just the first step. We need consolidation in the diesel industry.”

Another topic of study is hydrogen-only power, an area where Daum noted progress is somewhat slower.

RoadSigns � R93: What Are Fleets Doing to Battle Unsuccessful Attempts of Driver Recruitment and Retention?

“We are researching on that,” he said of hydrogen combustion engines. “The Detroit engine is absolutely capable of H2 combustion. If we see a market coming, we can pull it off of the pre-development stage into a full-fledged project. There is not yet a strong commitment for the hydrogen economy, but it could be done.”

Daum does, however, see a firm commitment from regulators to keep pushing for cleaner trucks.

“We see a clear will — from regulators both in Europe and the U.S., the most advanced is CARB — to ban combustion entirely — to really target zero-emission,” he said.