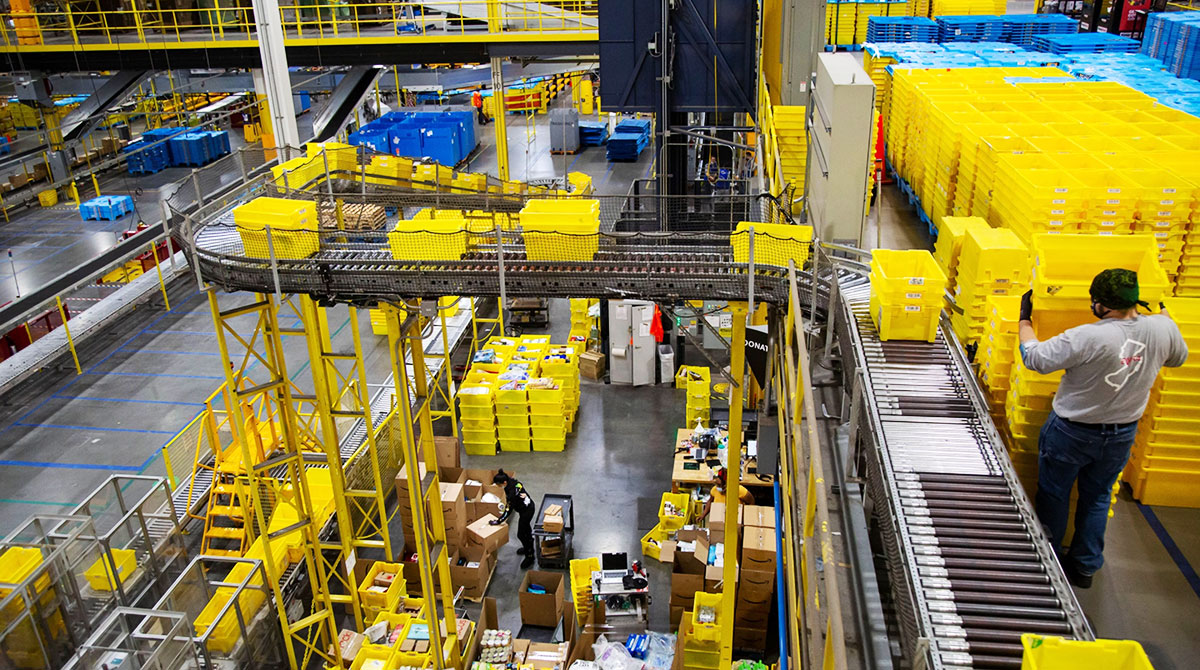 Bins move along a conveyor at an Amazon fulfillment center on Cyber Monday in Robbinsville, N.J. (Michael Nagle/Bloomberg)

Final sales for Cyber Monday fell short of estimates and didn’t surpass last year’s record as lackluster sales and scarce inventory kept shoppers from breaking out their credit cards during the start of the holiday shopping season.

U.S. shoppers spent $10.7 billion on Cyber Monday, according to Adobe Inc., less than the $10.8 billion a year earlier and missing Adobe’s estimate of $11.3 billion. But Adobe said that it still remains the biggest shopping day of the year. Consumers spent $12 million per minute as the clock ticked on the final sales of the day.

“It reaffirms that many consumers had fulfilled their shopping urge earlier in the season,” said Vivek Pandya, lead analyst at Adobe Digital Insights. 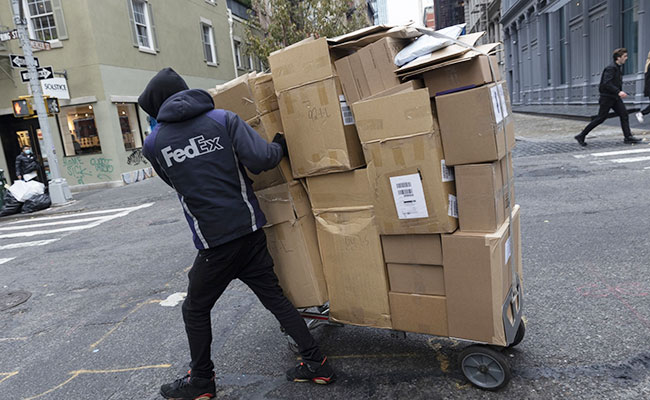 Discounts were weak compared with a year earlier. For instance, electronics had average discounts of about 12% compared with 27% last year, according to Adobe, which tracks 1 trillion visits to retail websites and monitors sales of more than 100 million products.

Shipping bottlenecks and supply logjams also are causing problems for shoppers. The occurrence of out-of-stock messages rose 169% compared with January 2020 and 258% from November 2019, Adobe said.

Big sale days such as Black Friday and Cyber Monday gradually have been losing their prominence as shoppers spread their spending over longer periods. Black Friday spending of $8.9 billion fell slightly from a year ago, Adobe said. Still, U.S. online spending from Nov. 1 through Nov. 28 rose 13.6% from a year ago to $99.1 billion. The total for November and December combined is set to reach $207 billion, up 10% from last year’s pandemic-fueled record, Adobe said.

The overall spending uptick is good news for merchants who sell on Amazon.com Inc., so long as they got inventory into the U.S. in time. Some Amazon aggregators — businesses that raise money to buy and invest in popular Amazon brands — said sales are up as much as 50% from a year ago for products that make good gifts and are adequately stocked.

“This is a make-or-break season for aggregators and whoever has inventory is going to win,” said Walter Gonzalez, CEO of Miami-based Goja, which sells various products on Amazon, including a Luna Bean plaster molding kit to make statues out of your hands.

Branded Group, which sells more than 40 houseware, personal care and leisure brands on Amazon and has raised $225 million to expand, is selling about 50% more products than it did a year ago, co-founder and CEO Pierre Poignant said. The company’s big sellers include Ototo’s bat-shaped wine bottle opener.

“Kitchen products are doing very well,” he said. “We made investments to make sure we had sufficient inventory for the holidays.”

The shift in spending from stores to websites — accelerated during the pandemic last year — has made the holiday shopping season boring, said Juozas Kaziukenas, founder and CEO of Marketplace Pulse, which monitors online sales.

“Physical Black Friday had this aura of craziness because people fought in stores and camped outside,” he said. “Now that so much has shifted online, it’s lost its excitement.”