He noted the chip shortage has caused issues that are happening with a backdrop of other problems such as labor constraints and the ongoing coronavirus pandemic.

“I would say, generally, the supply chain challenges have broadened in different ways,” Smith said. “I know you’re asking me about chips and I’ll refer to chips, but I think our industry faces much broader challenges than that.” 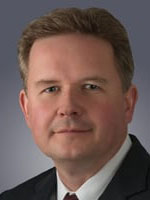 Cummins became concerned about chip availability at the end of the third quarter of last year. Smith said the company has faced issues since but avoided massive setbacks such as a widespread shutdown of operations.

“There’s a lot of variation in the designs, in our case engine control modules and the exact chip specification,” Smith said. “There’s very much a model-by-model set of challenges that we’ve had. It’s not like we have one type of chip and therefore we faced just one problem across all of our production sites. It’s been a challenging process of working through the industry constraints.”

The global chip shortage has been delaying production for companies ranging from automakers to computer manufacturers. American Trucking Associations’ Technology & Maintenance Council has traced the issue to supply restrictions prompted by the coronavirus pandemic and other macroeconomic issues.

The shortage worsened early on due to trade sanctions the United States imposed on Chinese companies in 2020 as well as a fire that damaged a chip production facility owned by Japanese chipmaker Renesas in March.

Ford Motor Co. more recently temporarily suspended production at one of its U.S. plants because of a surge of coronavirus cases that impacted chip production in Malaysia.

“Visibility or confidence to the rate of improvement has not been that forthcoming,” Smith said. “There’s more belief in what we’ve received than what’s been predicted. I think given the lack of inventory in the pipeline, at least in the near term, that remains a concern.”

Smith added that chip producers have improved their ability to manage through the challenges and the associated excess costs in the first and the second quarter have started to ease. He said, though, there still are significantly elevated costs associated with expedited material.

“But the costs have come down somewhat in the engine business,” Smith said. “What we’ve seen though is as the challenges in the supply chain have spread more broadly across multiple electronic components, primarily coming from Southeast Asia, that’s impacted our components business more. So those costs have been escalating as they had to deal with a raft of changes.”

Visibility or confidence to the rate of improvement has not been that forthcoming. There’s more belief in what we’ve received than what’s been predicted.

Smith and his colleagues have been working with customers and suppliers to navigate the issues. But despite some progress, the challenges persist. He said that while he’s not anticipating widespread shutdowns or any deterioration, it remains a daily grind.

“Throw in the fact that COVID is still here, labor shortages exist in many aspects of the industrial economy, and so it’s been an ongoing battle,” Smith said. “I say that not to be morose, just to describe to you that the headlines have all been about chips. It’s much more complicated.

“There are chips on many other elements of trucks or construction equipment and other challenges that have led to what’s been a fairly flattish level of truck build, certainly in North America, whereas demand would indicate you should have a significant increase in build level.”